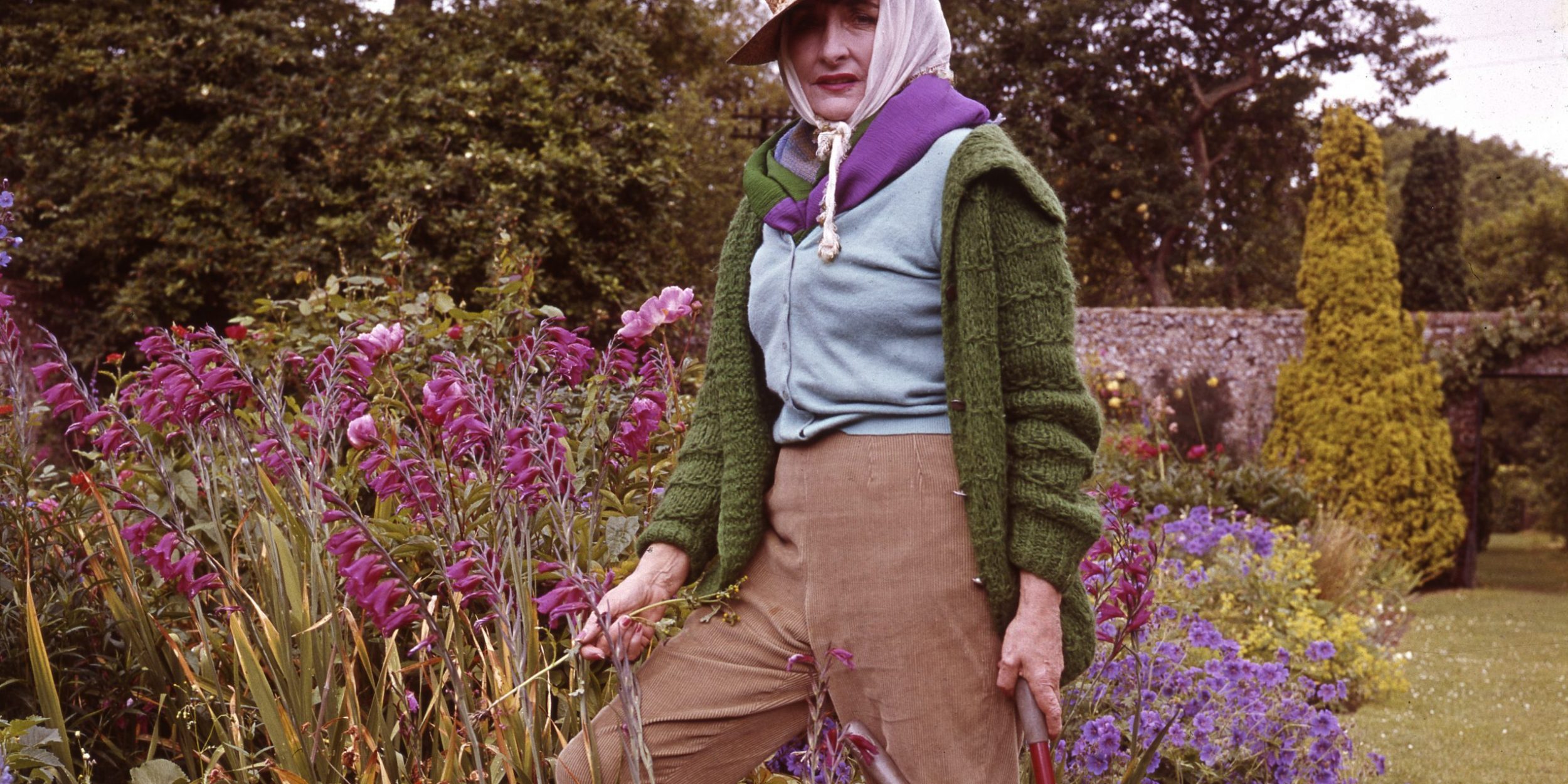 Home » What do gardeners wear?

What do gardeners wear?

In our new series on gardening in style, we pay tribute to Valerie Finnis’ portraits of the great gardeners of her day. We’re asking some of our favourite garden people, “What do you wear to garden, and why?”

Finnis (1924–2006) came as a student to the Waterperry Horticultural School for Women in 1942. After graduating, she stayed on as a teacher, taking charge of the Alpine Department where she developed a renowned saxifrage collection. Her reputation as a botanist and her charisma and puckish sense of humour saw her become a celebrity in the booming horticultural industry of the post-war years, as well as a member of several RHS committees.

Nancy Lancaster photographed by Valerie Finnis. Copyright RHS Lindley Collections.Finnis’ gardening friends also became her photographic subjects. As varied as her subjects’ personalities, her garden portraits capture the moods and fashions of the time. Nancy Lancaster’s photograph at Haseley Court communicates the down-home Southern intimacy for which she was known. Rhoda, Lady Birley, was herself a portrait painter, and her enjoyment of collaborating in the creation of her own portrait is evident. Ursula Buchan says “Valerie had a weakness for outrageous hats, both wearing them and photographing others in them.”

Rhoda, Lady Birley photographed by Valerie Finnis. Copyright RHS Lindley Collections.After 28 years at Waterperry, at 46, she married 86-year-old retired diplomat David Scott. She liked to tell the story of when they first met:
I was in my awful old dungarees in the potting shed at Waterperry and a voice outside said, “She’s got Gillenia trifoliata.” I came out and replied, “You’re the first person who’s ever known that plant.”

She and her saxifrages moved with Scott to Boughton, the home of Scott’s cousin the Duke of Buccleugh. They lived together in the Dower House, where they continued to garden– in fact, they were weeding in their garden minutes after their wedding. Finnis created several new plants at Boughton, including Viola ‘Boughton Blue’, Hebe cupressoides ‘Boughton Dome’, Muscari ‘Valerie Finnis’.

Ursula Buchan’s 2007 photographic collection and biography, Garden People, brought Finnis a new generation of fans. Revisiting the theme, we are creating a sartorial record of this defining era of our own – S/S 2020 under lockdown – as millions turn to gardening and growing on every scale.

We’re asking some of our favourite garden people, “What do you wear to garden, and why?” 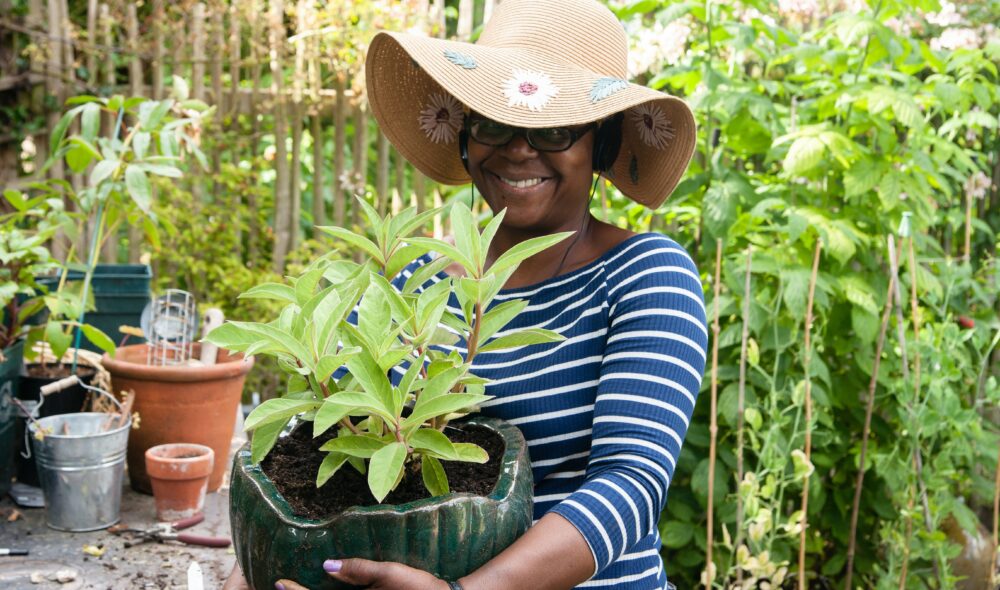 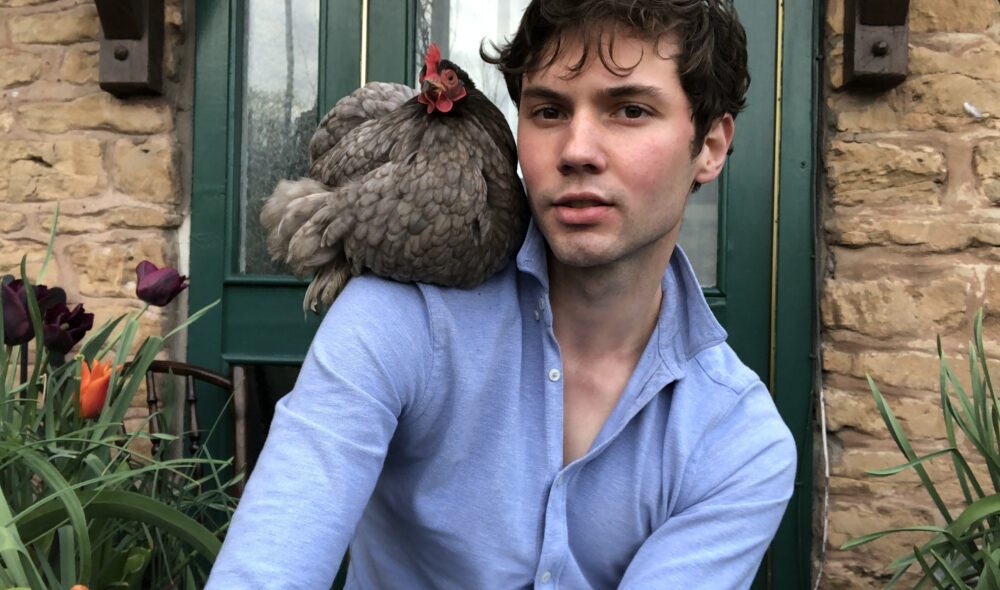 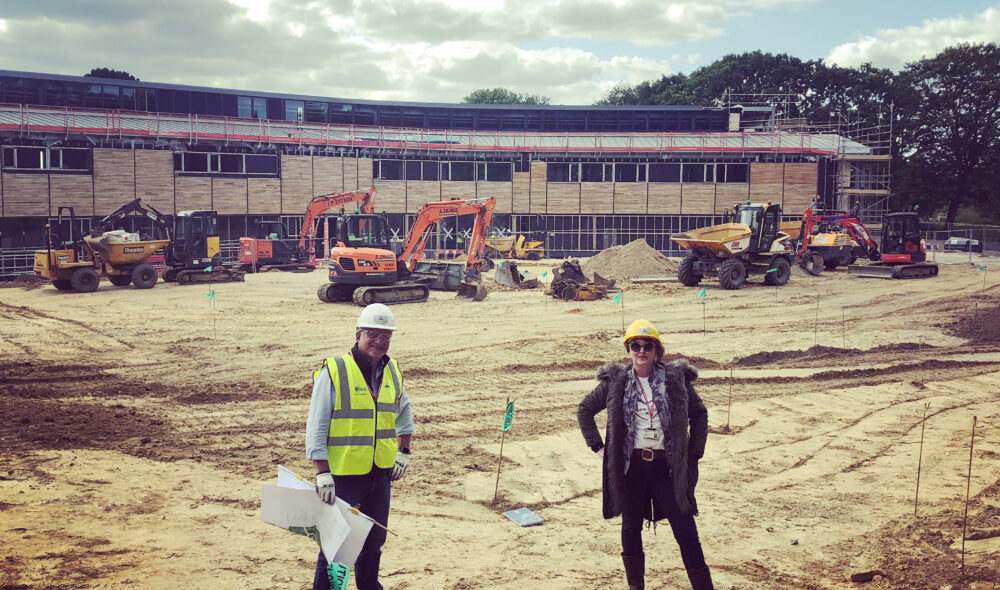 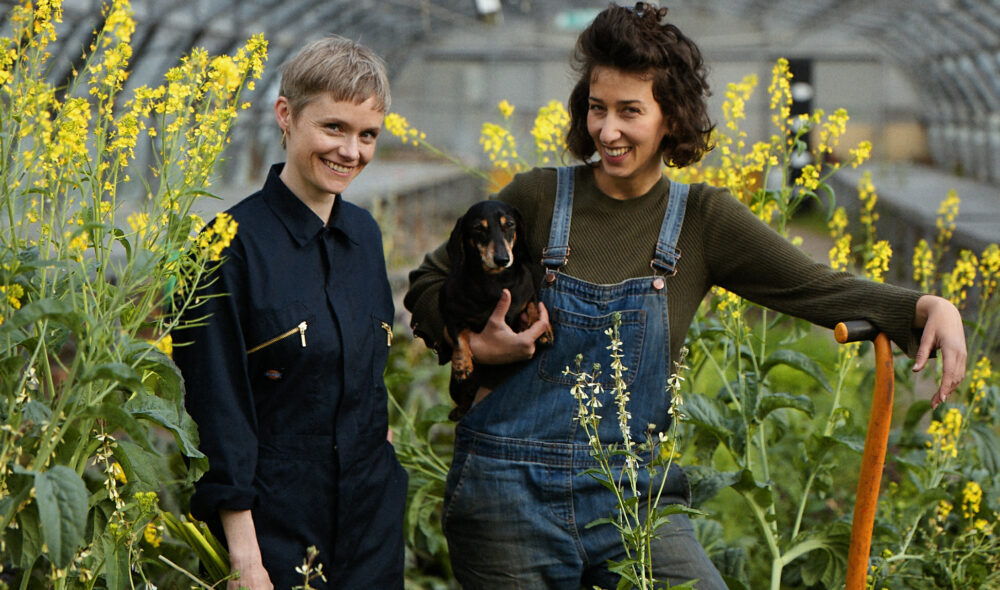 Wolves Lane Flower Company: What do we want? Workwear! And we want it now 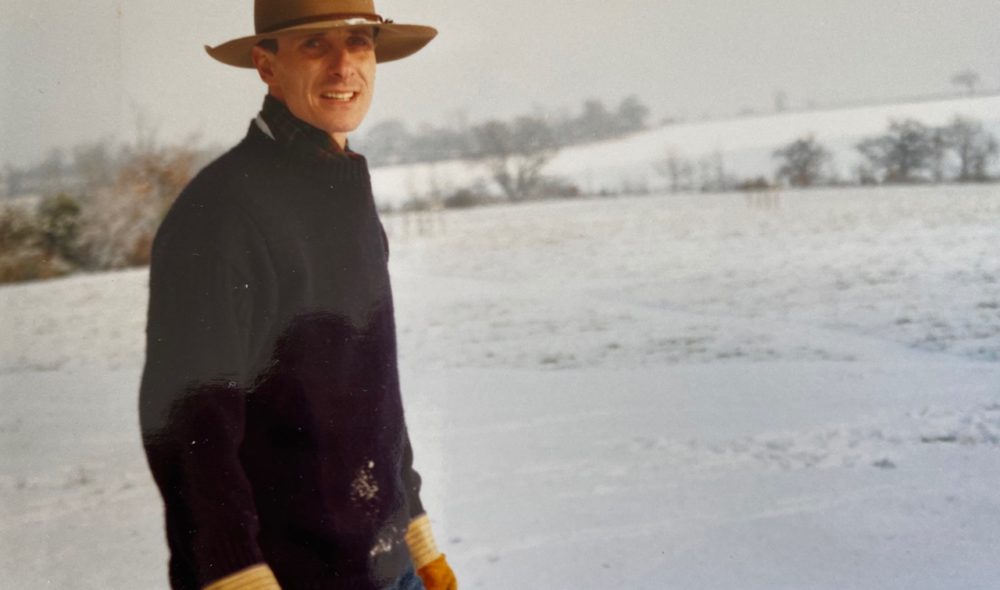 A top to tail tour of the well dressed-gardener: James Alexander-Sinclair 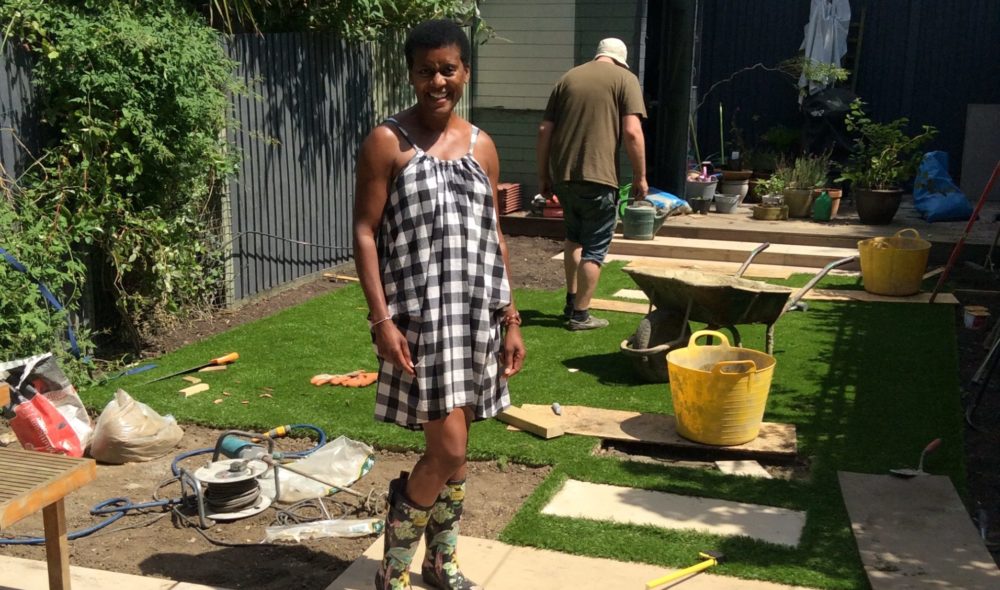 From Prada to Peonies: Arit Anderson 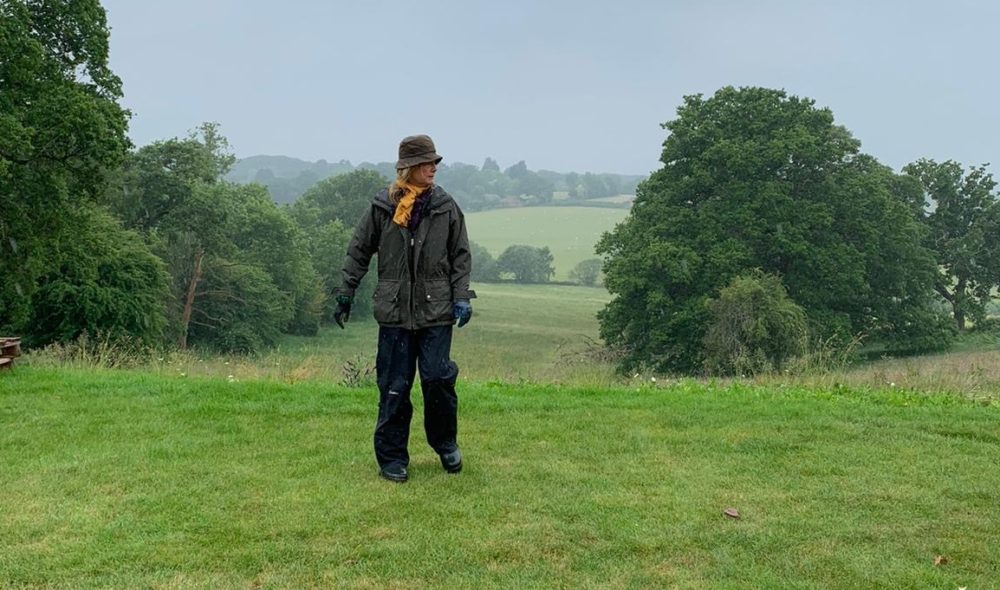 What do gardeners wear? – Tania Compton 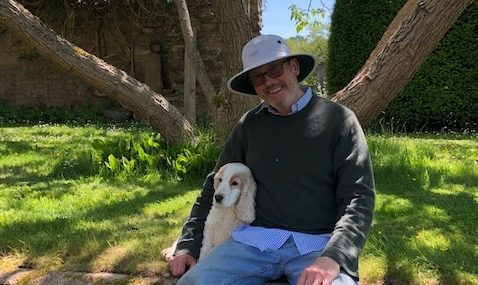 What do gardeners wear? – Shane Connolly 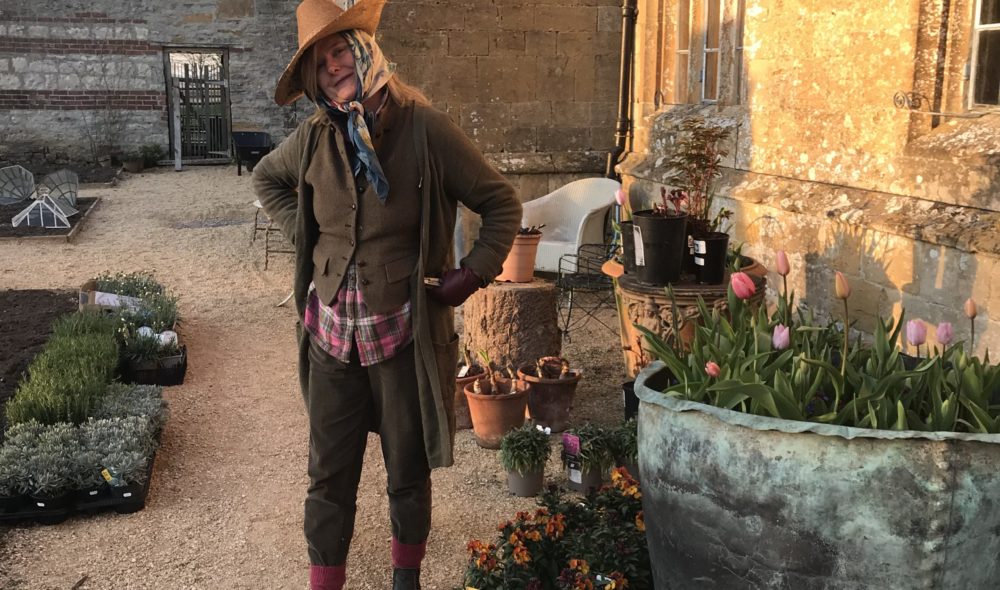 What do gardeners wear? – Isabel Bannerman