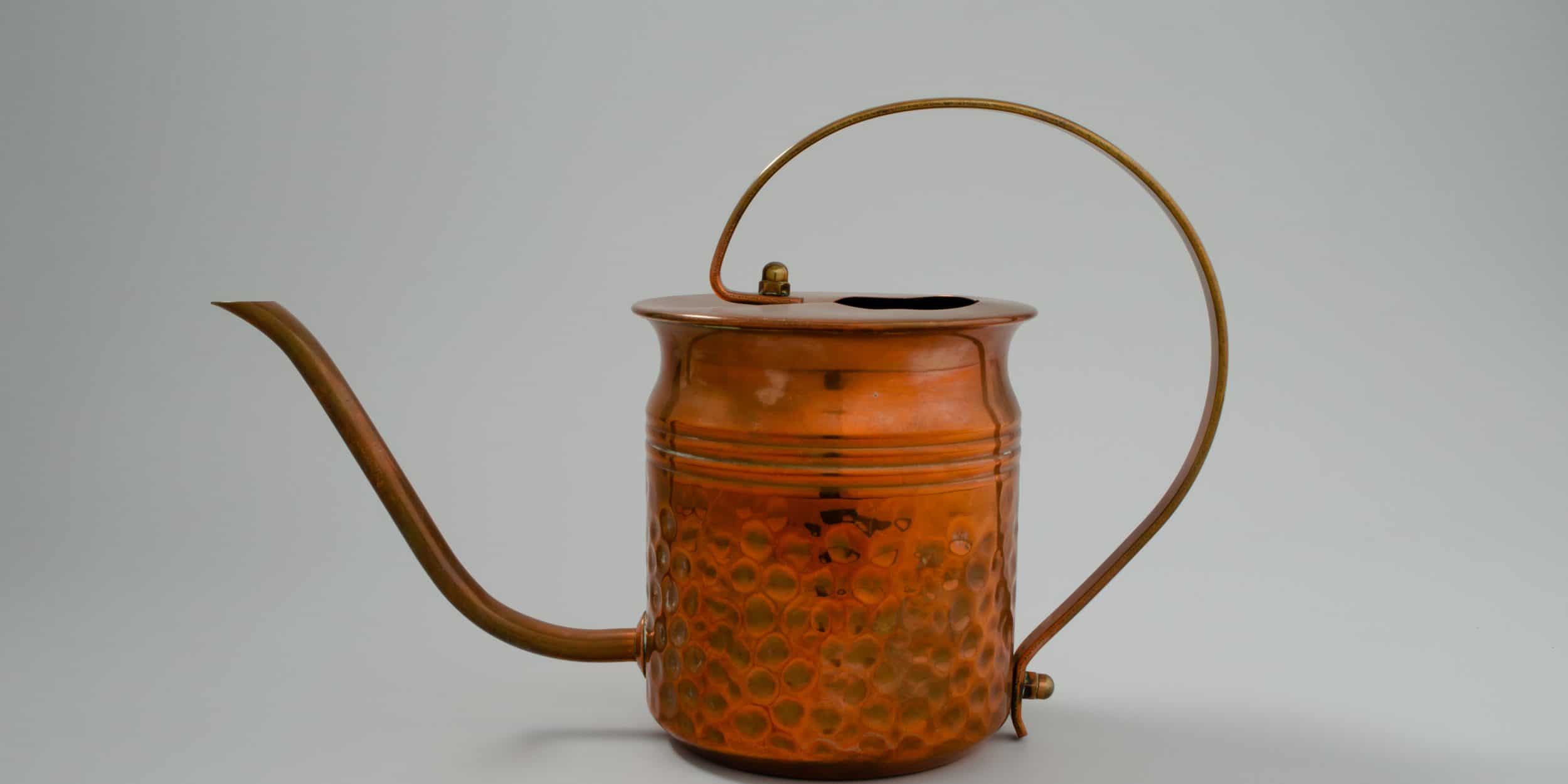 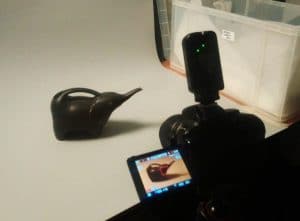 I have started photographing the Garden Museum’s Collection of over 4000 objects that tell the story of gardening in the UK. The Collection has hundreds of everyday gardening tools including watering cans, a vital tool for ensuring the survival and health of plants. The array of designs in the Collection range from ergonomic and elegant to pretty and playful.

The collection is also home to two predecessors of the watering can, a Tudor-era thumb pot and an earthenware watering pot from the 17th century.  The watering can has had many redesigns since the clay thumb pot where the flow of water from the bottom of the vessel was controlled by placing your thumb over the air hole at the top.

One design recognised by the gardening elite, winning a National Chrysanthemum Society Gold Medal award in 1894, was the patented can by John Haws. The design encompassed two handles, one for tipping and one for carrying. Haws continues to be a leading brand in watering cans creating practical and sleek designs such as the small 1950’s copper Haws can below.

In the 20th century the invention of plastic lead to a great variety of new designs which were lighter than their copper and steel counterparts. This malleable material also allows for creative and sleek designs, such as the Ikea ‘Vallo ‘and Elephant shaped can featured below.

In order to highlight the character of each can within the photograph, I have started bouncing light from one lamp with reflectors and mirrors. Here I present these images of ten outstanding watering cans from the late 18th century to the 2000s. 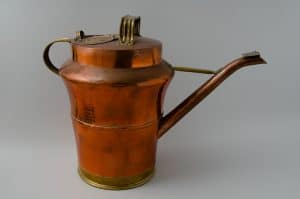 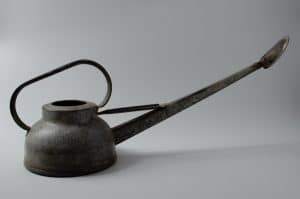 Large galvanized steel watering can with long spout and copper rose from about 1920, measuring 250mm x 750mm from spout to handle.

Children’s water can from around 1930, made in England. 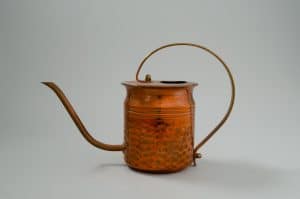 Copper conservatory watering can from around 1950. 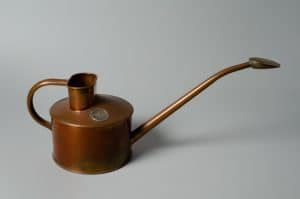 Small copper Haws watering can with brass rose from after 1950, measuring 135mm x 410mm from spout to handle. 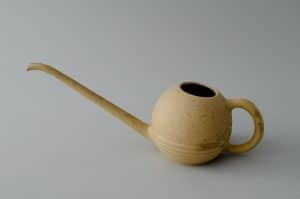 Plastic house plant watering can from around 1960 measuring 105 x 355mm, made in England.

Glazed ceramic black and white watering can with copper pipe from about 1970, made in Germany. 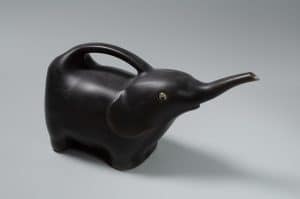 Grey plastic watering can in shape of elephant from 2004, made in Holland.

Small metal watering in the shape of a fish from about 2005, made in Japan. 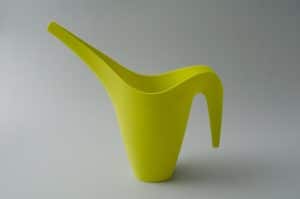 The ‘Vallo’ yellow plastic watering can from 2006, made in Sweden by Ikea.