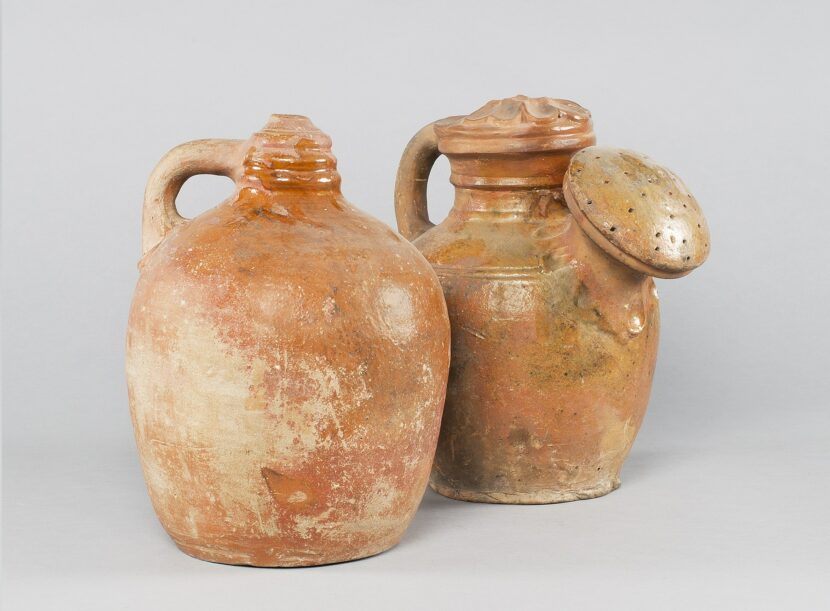 One of the earliest evocations of the earthly joys of gardening is Liber de cultura hortorum, a collection of poems written by Walafrid Strabo, a Benedictine monk in Germany in c.800AD. He describes tools such as the rake and the mattock, and how he used his fingers to scatter the flow of water from a bucket so that it fell guttatim or ‘drop by drop’ onto his seedlings.

From the 13th century until the 1700s thumb pots were used for this gentle watering, both out in the garden and inside, where they were used to dampen earth or stone floors covered with rush matting. The Florists Vade Mecum (1638) describes how a thumb pot ‘being put into water will fill from the bottom, which will stay in so long as you stop out the air with your thumb at the top; this serves to water young and tender seedlings for by the motion of your thumb you may cause the water to fall gently upon them more or less as you shall desire’. Thumb pots this old are incredibly unusual, having had to survive centuries of use, re-use, clumsiness, and redundancy; it is very rare for any tool to outlive more than two or three users.

This pot (shown left above) was acquired from Ian Forbes, whose grandfather took it as a family heirloom from St Albans in Hertfordshire to Australia, believing it was an artifact from Roman Verulamium. Visiting the Museum one day Mr Forbes saw a replica of a Tudor thumb pot on display which reminded him of the object now put to use as a door-stop at home in Brisbane. It was bought from the family in 2004.