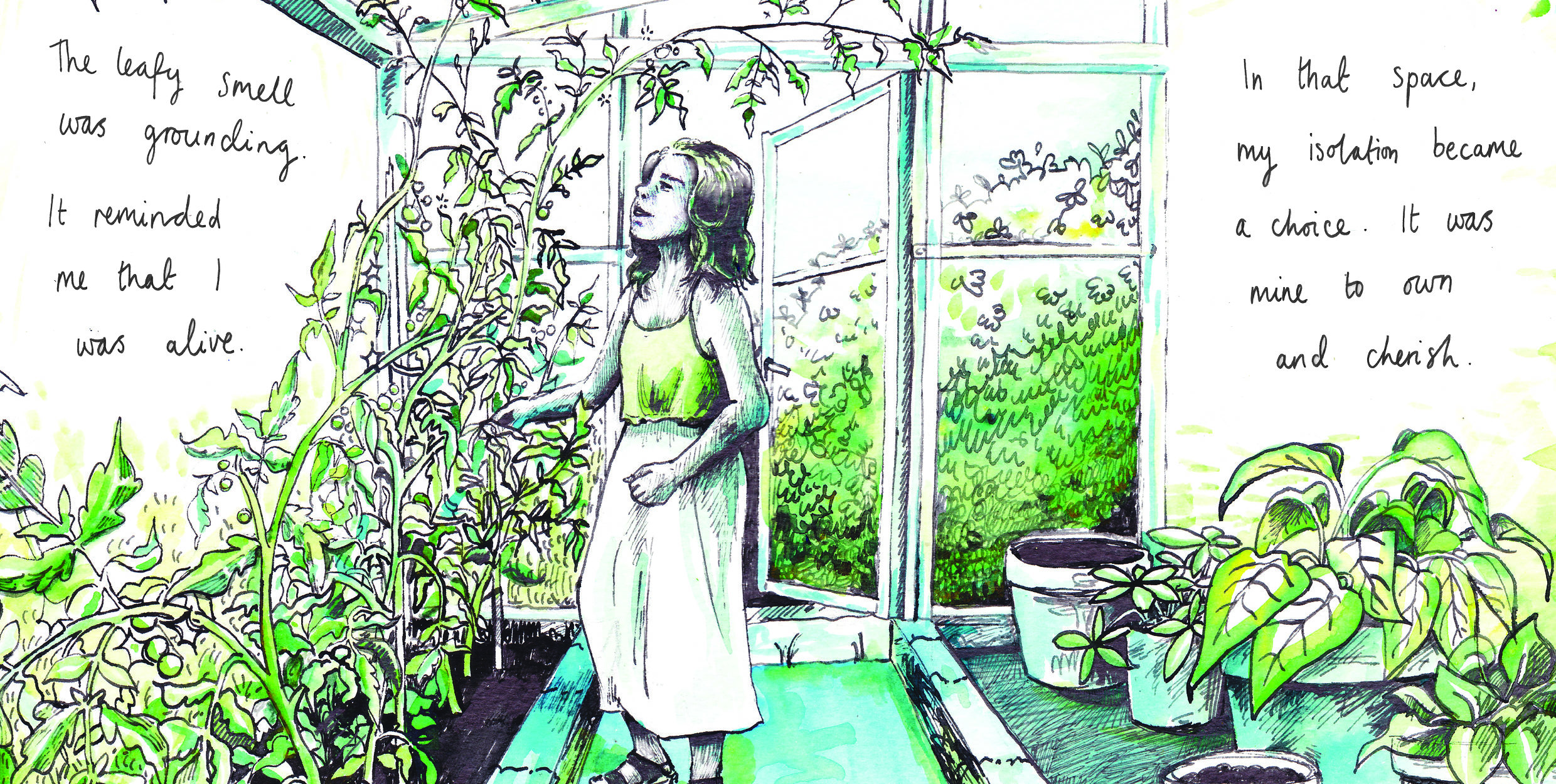 This year the Garden Museum ran its third Mollie Salisbury Cup, a memoir writing competition named in honour of the Garden Museum’s late president. This year’s theme was ‘Sanctuary’, inspired by our exhibition, Sanctuary: Artist-Gardeners 1919-1939.

Suzanne Raine: Sanctuary
Sean Pritchard: A Garden Above the Sea

Tallulah Street: Tomatoes for the Broken-Hearted

“The judges enjoyed reading the shortlisted entries, and considered the quality of writing to be very high across the board. However, there were a handful of entries which truly stood out for their impact and approach to the subject of “Sanctuary”. We were all blown away by the creativity demonstrated by Tallulah Street in her illustrated piece, Tomatoes for the Broken-Hearted, which we felt exemplified the potential of what the Mollie Salisbury Cup seeks to celebrate. Tallulah managed to capture such poignancy and sentiment in so few words, as well as express the true sense of sanctuary that growing offers people. The judges were unanimous that she should be this year’s winner.

As for the runners up, we found Suzanne Raine’s description of a garden in Islamabad, Pakistan, to be deeply affecting and admired the way she set the devastating conflict she lived among against the tranquility of her surrounds. We felt her piece suggested a real confidence in tone and writing. We also agreed that Sean Pritchard’s A Garden Above the Sea should be recognised by the prize. Sean captured the unique beauty of his sanctuary environment and told his story with impressive subtlety.

We congratulate Tallulah, Suzanne and Sean and look forward to reading more of their work.”

We are delighted to share the three winning entries here for all to read:

“Our garden in Islamabad was about thirty metres square, a lawn edged with flower beds on three sides and the house – two stories, white, with floor to ceiling windows, plantation style shutters and a verandah – on the fourth. At the back of the house was a yard where the birds lived. Around the garden was a high wall with spikes on the top; the driveway met the wall at a solid metal gate, which was opened twice a day by the chowkidar – the gate keeper – as my husband’s armoured Toyota Landcruiser left for and then returned from a day at the Embassy. It was the summer of 2007 and the Taliban were creeping towards the city from the North-West Frontier.

I lived within those walls, within that garden, with the birds and the flowers. The front of the house was covered with untameable clashing purple and red bougainvillea, full of sparrows who squabbled from the Fajr prayer at dawn until their last frenzied chatter at dusk, just as the Muezzin’s call to Maghreb prayer filled the sky. When my husband came home from work we sat on the veranda in the early evening and drank nimbu pani – fresh lime with sugar water – which we made ourselves from the lime trees which grew beside the house. The tiny, green limes with an intense flavour felt like such a treat; picking them ourselves from the impossibly fine branches drooping with the weight of the fruit was as though we had discovered a special secret…”

Runner-up | Sean Pritchard: A Garden Above the Sea

“Winding through eighteenth-century fishermen’s cottages that climbed the hillside from the shore, it was a short but steep drive from the harbour to Duck Street. Straining, we tried to catch glimpses of the sea between narrow gaps in the whitewashed houses: “Look!” I shouted. When the car stopped, the whole bay, softly lit by the early evening sun, had opened before us. Fifty metres offshore sat St. Catherine’s Isle; it was the only break in an otherwise blue desert towards the horizon and my young eyes had never seen anything like it.

We visited grandmother in July when the warm sea air suffocated the interior of her modest cottage. Yet that air, salty and heavy, was intoxicating with the promise of adventure. For such is the joy of being seven years old, with the summer days long and the mind unfettered, that adventure is a tantalising gift: an offering to be devoured, an antidote to sadness.

For two weeks that midsummer such adventures took my sister, Swampy and me into our grandmother’s garden. Running wide from the back of the cottage, the garden sloped over ancient rock long since forced skyward from the sea floor. It did not end. Instead the garden merely collapsed into the hillside beyond…”

Click on the gallery below to view in detail. 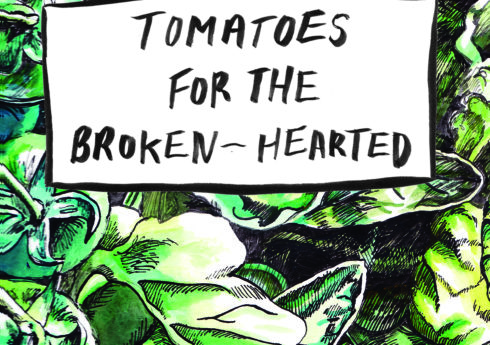 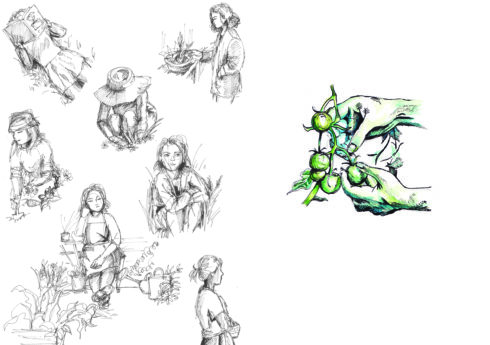 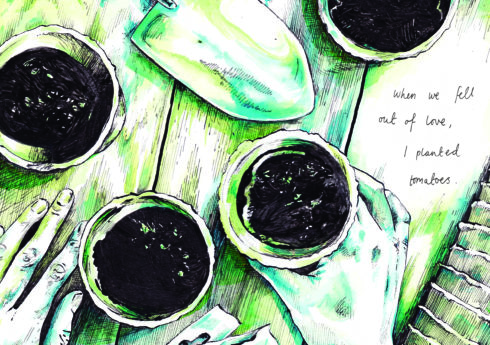 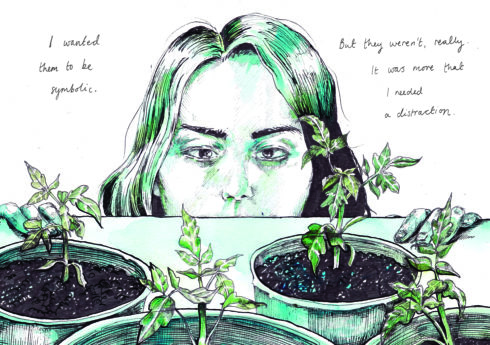 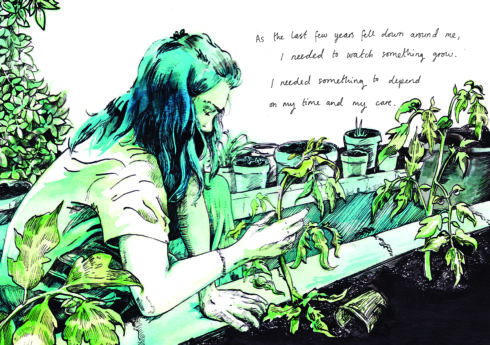 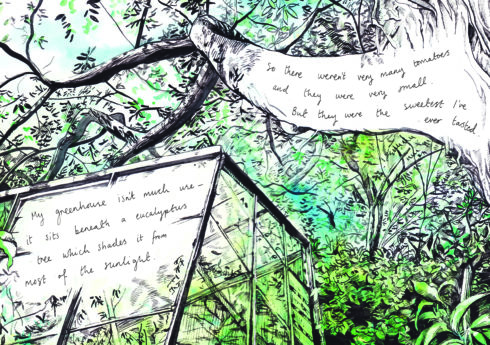 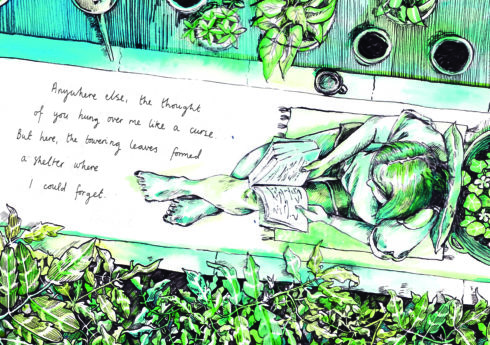 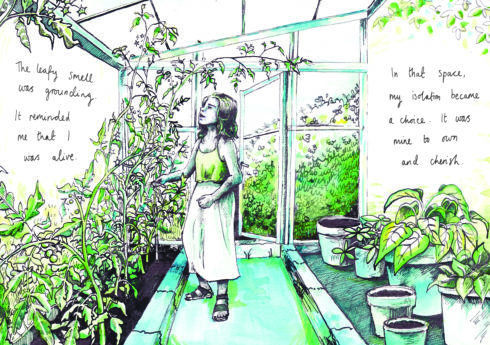 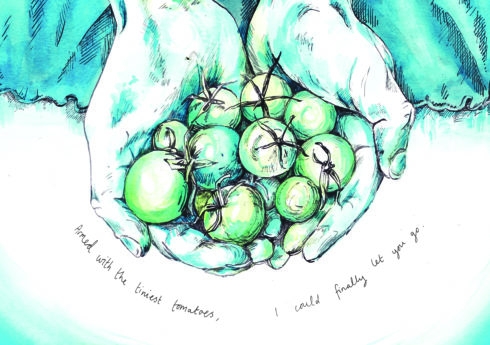 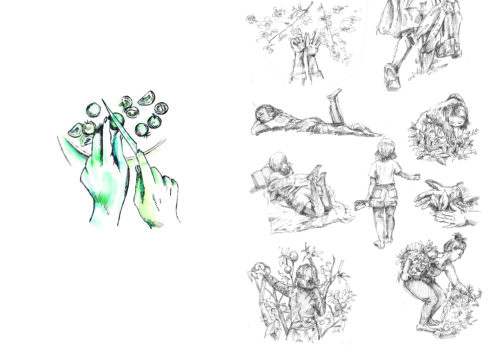 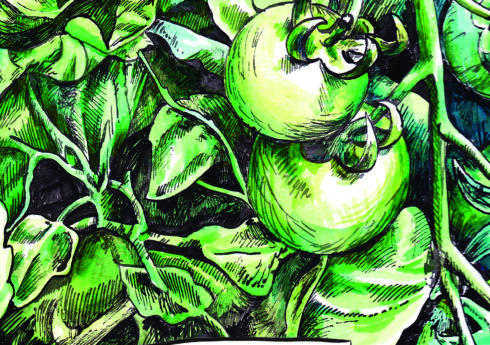