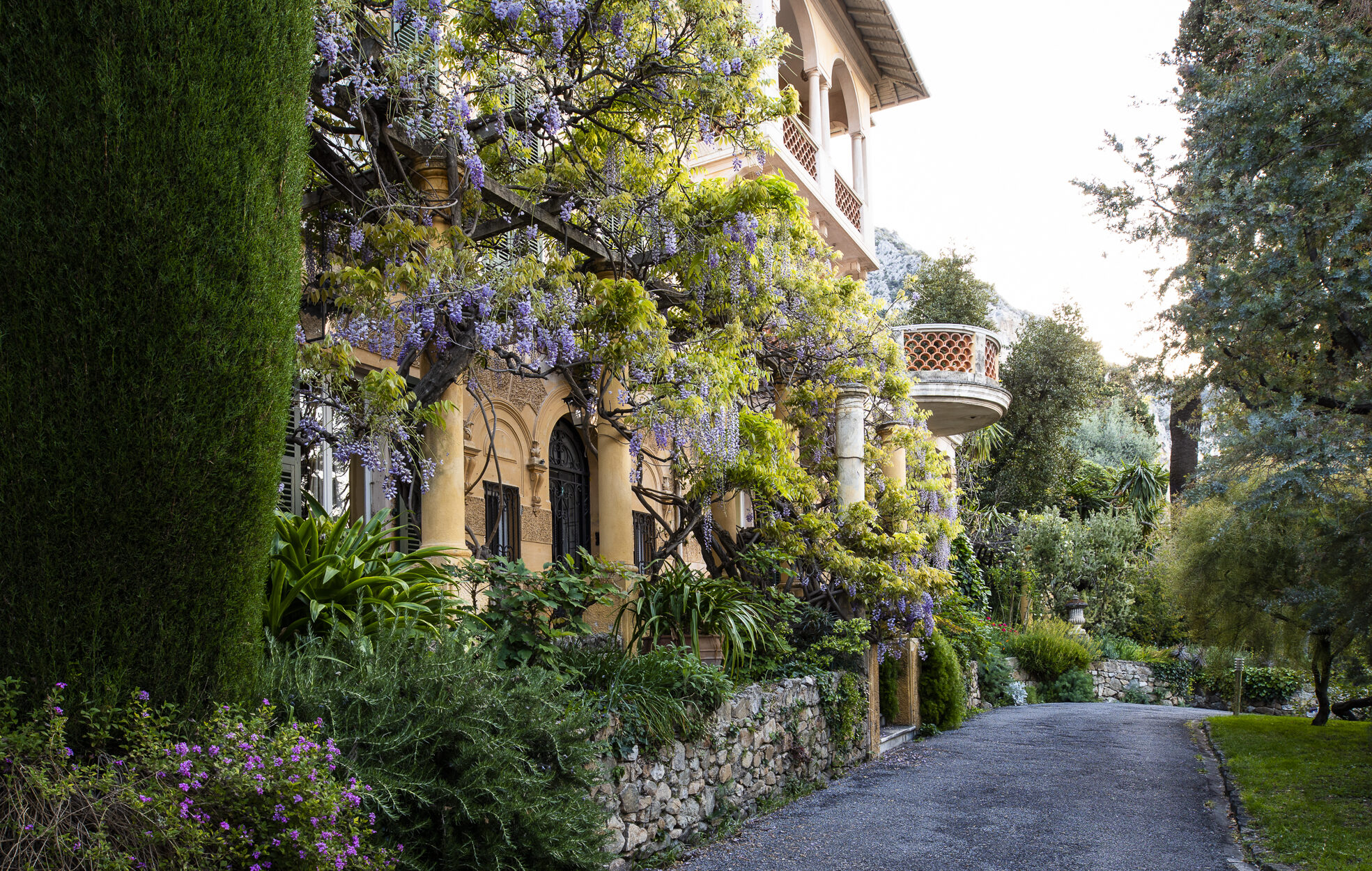 Home » News » William Waterfield (1942-2021): The Plantsman who Created a Legendary English Garden in the French Riviera

William Waterfield (1942-2021): The Plantsman who Created a Legendary English Garden in the French Riviera

By Jean Cornell. Jean recently completed a PhD assessing artist-gardeners in the period of 1890-1980.

William’s death on 21 January marked the end of an era, as for the first time since 1912 the garden at Clos du Peyronnet in Menton no longer has a member of the Waterfield family to look after it. It was William’s permanent home for 45 years whereas his grandparents, Derek and Barbara Waterfield usually spent the summer months in England, as did his uncle, the artist-gardener, Humphrey Waterfield (1908-1971).

Whilst it would be easy to consider Clos du Peyronnet in terms of its history, William has ensured its survival and it is due to him that has become an integral part of garden tours to the Côte d’Azur and featured in garden magazines worldwide. His garden has been awarded historic status and his wife, Judith Pillsbury and his friends will ensure its future.

Many of us have memories of William guiding us round the garden accompanied by Prickle, his much loved Jack Russell terrier and possibly being filled with trepidation when he asked if we could identify a sub-tropical plant. The route he followed was always the one devised by his Uncle Humphrey and finished at the water staircase with its succession of pools and view of the Mediterranean.

The villa was built in 1896 by an Anglo-German artist, Annie Davidis (1840-1907), who transformed an existing small house with its terraces of lemon and olive trees into the fin de siècle villa we see today. She made a garden, some of which still remains including a feature that William told me was his favourite part of the garden, a small grotto with water dripping from a natural spring where he had placed a rare agave in an ornamental pot.

William’s grandparents enhanced the garden between the wars and his brother, the art historian and novelist, Giles Waterfield (1948-2016) based his novel, The Long Afternoon on their lives there in the interwar years. During the Second World War, the villa was occupied by Italian soldiers and refugees and would not have survived if Humphrey Waterfield had not decided to divide the villa into five flats that were let on a long-term basis. Between 1946 and 1971, he redesigned the garden, most of which remains today. When he was killed in a motor accident in 1971, William’s father, Anthony Waterfield, inherited Clos du Peyronnet and its future was again in doubt. At the time, developers were keen to acquire such properties, but a sitting tenant prevented its sale and resulted William’s arrival in 1976 when the garden had been neglected for five years.

His first priority was to restore the garden he had known from childhood and as he had gardened alongside his uncle at his English garden, Hill Pasture at Broxted in Essex, he empathised with his philosophy. Part of the garden had already disappeared including a camellia garden that looked towards the Mediterranean. William was determined to maintain its legacy and would recall that in the early days, he was helped by the legendary Riviera gardeners, Norah Warre, who lived at Villa Roquebrune at Cap d’Antibes and the botanist, Maybud Campbell, who lived at Val Rahmeh in Menton.

William was always reticent about his contribution and achievements. These can be seen in the meticulous records he kept, now an aide-memoire for the garden’s future. The changes he made blended into the garden’s design. He acquired two broken classical-style columns when Villa Torre Clementina at Roquebrune-Cap-Martin was being demolished and placed them where two small flights of steps met with a seat to admire the view from the terrace. He commissioned a local artist to paint a fresco on the wall of a small, enclosed garden that looks out across Menton’s west bay and depicts William as a bon vivant in all its senses. His uncle’s collection of antique ornaments, which included Anduz jars from Lawrence Johnston’s garden, Serre de la Madone, were enhanced with modern sculptures, some of them gifts from his brother. Yet most of all, he was renowned as a plantsman, in particular for his bulb collection and the sub-tropical fruit he grew.

Not only did William make the garden his own, he became a respected member of the Riviera’s garden fraternity and inherited the mantle of Lawrence Johnston, Norah Warre and Maybud Campbell. Thus he was able to play a prominent role in the restoration of Menton’s historic gardens including Serre de la Madone and Les Colombières, designed by the French architect and artist, Ferdinand Bac.

Many have benefitted from William’s generosity: artists like Peter Coker (1926-2004), who painted the garden many times or who received gifts of plants. This is how I came to know him in 2014 when his uncle’s garden designs were the subject for my MA dissertation. Not only did he give me unrestricted access to what he called his Humphreyana, he allowed me to experience the best of research for which I will always be grateful.

Earlier I referred to William as a bon vivant and he epitomised how to enjoy life. Somehow he managed to encapsulate the best of British and French life. His hospitality incorporated the post-war traditions I grew up with, but meals were very much in the French style. The Waterfield tradition will be missed in more ways than one.

In 2014, William’s brother, writer and curator Giles Waterfield (1949-2016) spoke at the Garden Museum Literary Festival at Petworth House, about how their grandparents made Clos du Peyronnet, and how it inspired his award-winning novel The Long Afternoon (2000). Enjoy a recording of the talk here: