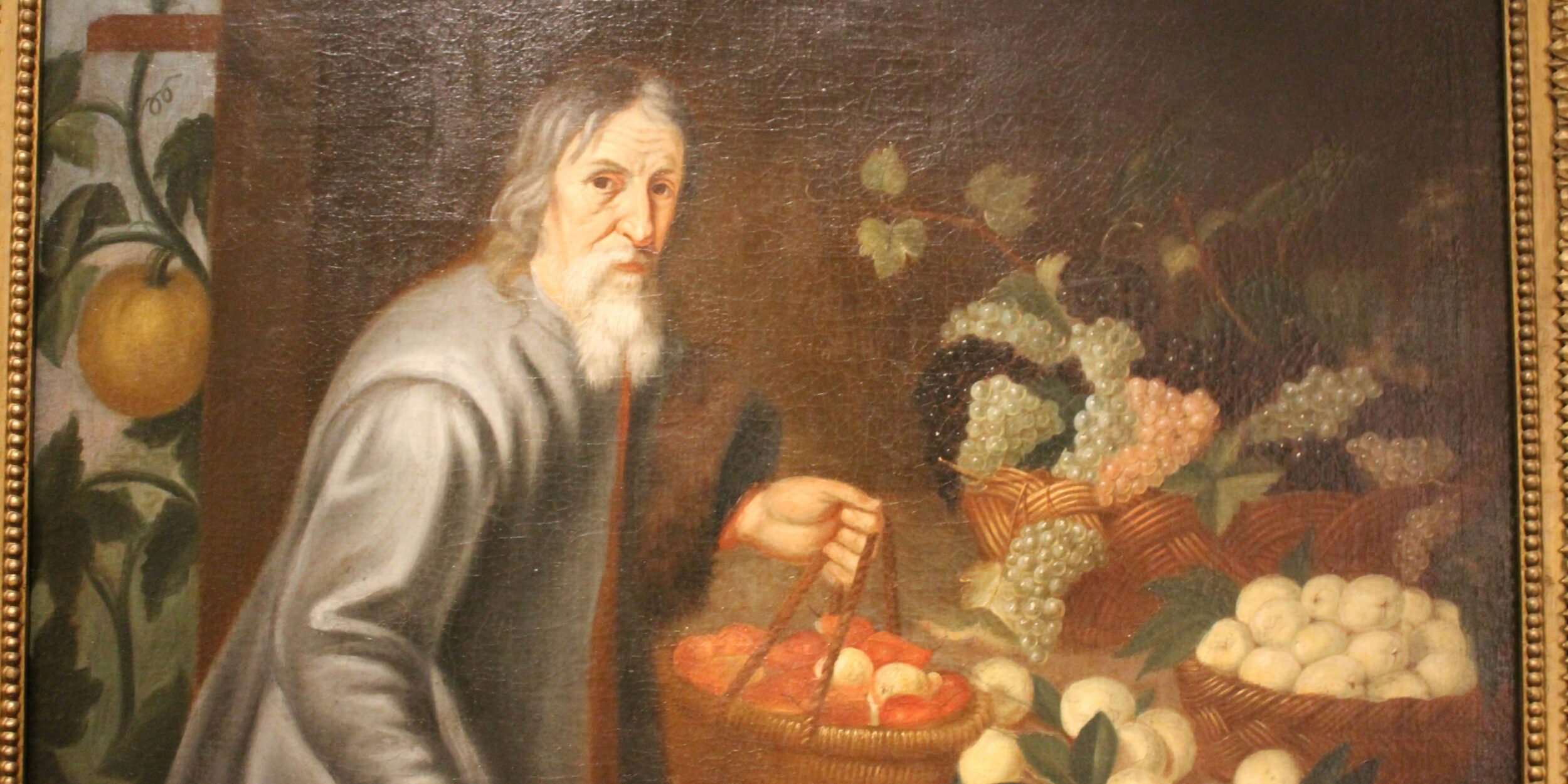 John Tradescant (c.1570 – 1638) is one of the most captivating characters in the story of gardens.

Born in obscurity, the first record of his existence is a letter written on a journey to Holland to buy plants for the 1st Earl of Salisbury’s garden at Hatfield House. Later he became gardener to Henrietta Maria “the rose and lily queen” of Charles I. Tradescant exchanged specimens and stories with the great botanists of his day, and in order to collect new plants sailed to the Arctic Circle and joined an expedition to Algeria to fight the Barbary pirates. In 1629 he came to live at Lambeth, close to where the Museum now stands, and planted a botanical garden. He also displayed his collection of natural history, art and ethnography: the ‘Ark’ was the first Museum in Britain to be open to the public.

His son John (1608 – 1662), who was married at St Mary’s, travelled to America to collect plant specimens and succeeded his father as Royal Gardner. At his death, his widow commissioned a magnificent tomb in the churchyard of St Mary’s, carved with scenes of their life and work.

The Tradescant were earthly but inspired, dreaming of a well-mulched Eden on the Thames. Father and son traveled to three of the four known continents and the collection they made was a ‘world of wonders in one closet shut’.