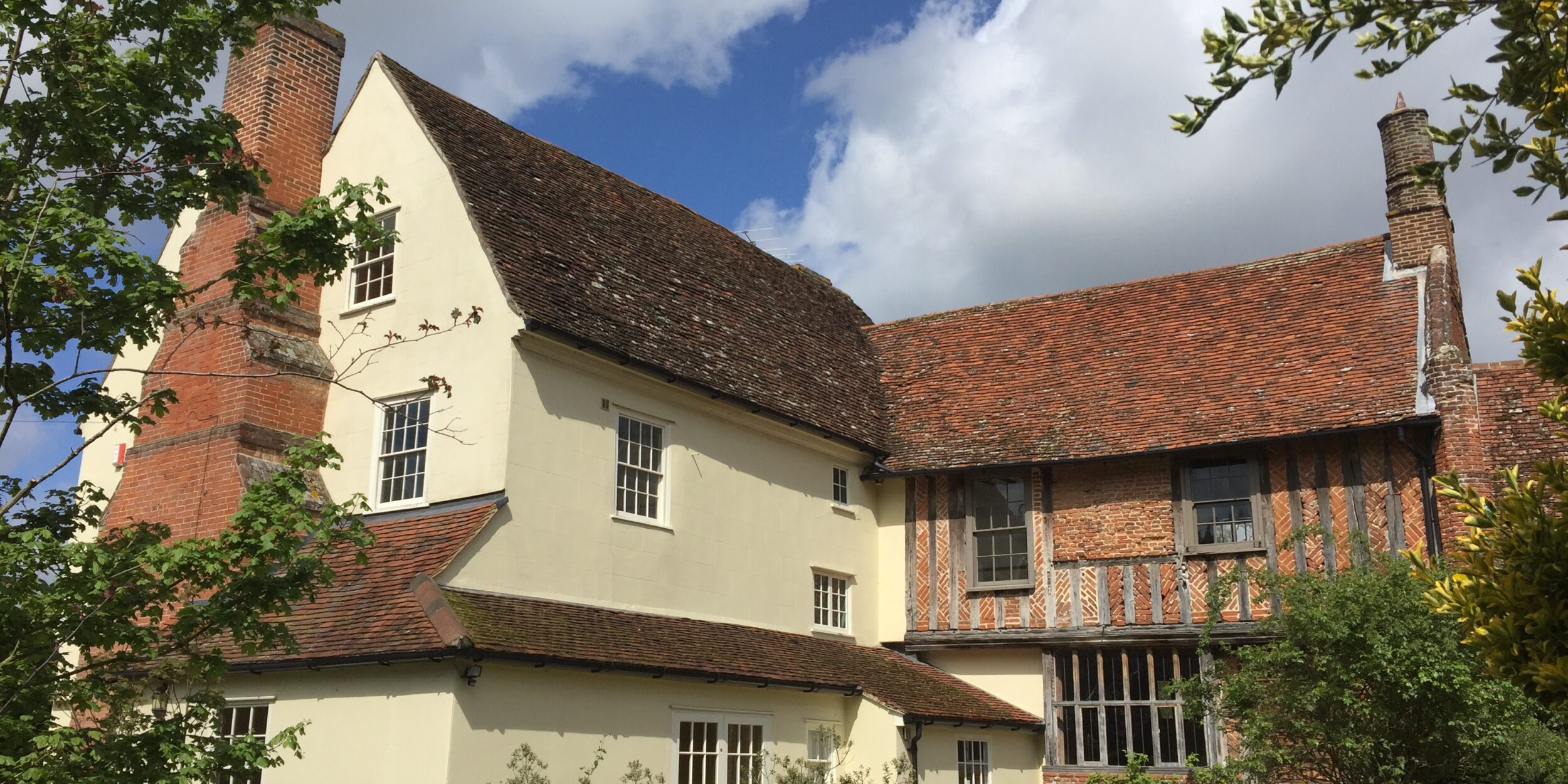 The Garden Museum and the Pinchbeck Charitable Trust will revive and restore the former Suffolk house and garden of artist-gardener Sir Cedric Morris (1889 – 1982) as a new centre of gardening, art, and creativity. The Pinchbeck Charitable Trust acquired Benton End and has now transferred ownership of the house, a private home since Morris’ death in 1982, to the Garden Museum.

In 1940, Cedric Morris and his partner the artist Arthur Lett Haines bought a 16th century manor house outside Hadleigh in Suffolk called Benton End. There they established the East Anglian School of Painting and Drawing – a sanctuary for a diverse range of influential artists, writers, musicians, and botanists of the 20th century. Morris made a garden as influential in its day as Sissinghurst for the irises he bred there; it became one of the first modern gardens of naturalistic design, developed as it was for the study of the unusual plants Morris chose with his keen artist’s eye.

The revived Benton End will similarly aim to support and inspire artists and gardeners of all ages and to encourage freedom of invention, enthusiasm, and enjoyment, following in spirit the original ethos of Morris and Haines.

Bridget Pinchbeck says: “The robust and exciting partnership between the Pinchbeck Charitable Trust and the Garden Museum will underpin the future development of Benton End, ensuring that the enchanting story of the house and the characters who inhabited it will not be lost. The aim is for Benton End to be a place of inclusivity and enthusiasm. It was Ronald Blythe, author and friend of Cedric and Lett who best summed up the experience of Benton End when he wrote, “The atmosphere was one of intellectual freedom. Everything was discussed. It was Bohemian in the best sense… The whole atmosphere was exciting and liberating…”, adding that, “The greatest crime at Benton End was to be boring!” We are thrilled that this collaboration has come about and look forward with great anticipation to the next stages unfolding…”

The renewal of interest in Cedric Morris began in the garden world in 2015 when former Sissinghurst Head Gardener Sarah Cooke’s display of Benton End irises was the hit of the RHS Chelsea Flower Show. The art world followed in 2018 when two exhibitions opened in London: Cedric Morris: Artist-Plantsman at the Garden Museum, and Cedric Morris: Beyond the Garden Wall at Philip Mould & Co. Gallery.

After being inspired by Morris’ work at the exhibition, Garden Museum supporters Rob and Bridget Pinchbeck discovered that his former home Benton End was for sale and purchased the house through the Pinchbeck Charitable Trust in 2018. Ownership of the house has now been transferred to the Garden Museum, who will lease it to a new subsidiary charity, the Benton End House and Garden Trust, to deliver the project and run Benton End. The Trust will combine Trustees from Suffolk, the Garden Museum and the world of Cedric Morris, including gallerist Philip Mould, garden designer Arne Maynard and Bridget Pinchbeck.

The Garden Museum plans to begin work renewing Morris’ garden in 2022. Redeveloping the house will be a longer-term project, aiming to restore Benton End’s post-war bohemian glamour and atmosphere, build an exhibition gallery and spaces for learning dedicated to the art of the garden, and to make the building more accessible. 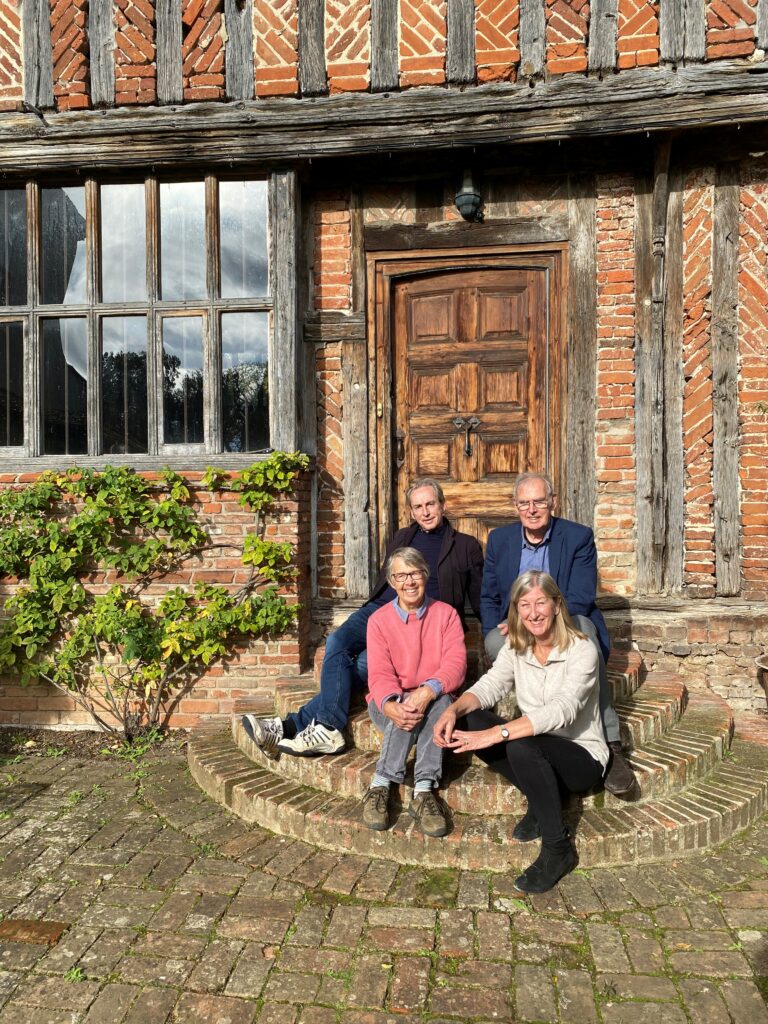 Garden Museum Director Christopher Woodward says: “I’ve been involved in museums for more than 25 years, but never come across a gift of such generosity. It’s from the heart. And we are pleased that Bridget will be involved in the creative development of the project.

Philip Mould, Art Expert and Director, Philip Mould & Co., says: “Benton End was an artist’s residence, a school, and a plantsman’s paradise that succeeded in supplying a generation of artists with instruction and inspiration. Moreover, it encapsulated a culture and a value system of artistic integrity, individualism and freedom that emanated from a remarkable man and his partner, not to mention the raft of admirers who were drawn to them. It finds appropriate comparison with Charleston in Sussex for its human and creative richness prospering within an emotive English regional location.”

The next step is to recruit a Project Director from a museum arts or heritage background, and a varied and dynamic learning programme will be created, inspired by the interests of Morris and Haines and their circle. Benton End was unique in being an art school in a garden and was exceptional in the varied areas of interests of its students and visitors including painting, food, literature, and floristry, as well as having an important role in LGBTQ+ history. Visitors and friends often found at Benton End included artist John Nash, florist Constance Spry, gardener Vita Sackville-West, cookery writer Elizabeth David, writer Ronald Blythe and illustrator Kathleen Hale as well as the composer Benjamin Britten and his partner Peter Pears. One of the first pupils at Benton End was the 17-year-old Lucian Freud, whose portraits of plants and gardens will be the subject of an exhibition at the Garden Museum in 2022.

Plans are also afoot for creative residencies at Benton End from spring 2022. Applicants will be invited to take residence at the house and work and the only criterion will be a connection to the life, work, and interests of Morris and Haines.

To receive the latest news, sign up to the Benton End newsletter here: www.bentonend.co.uk