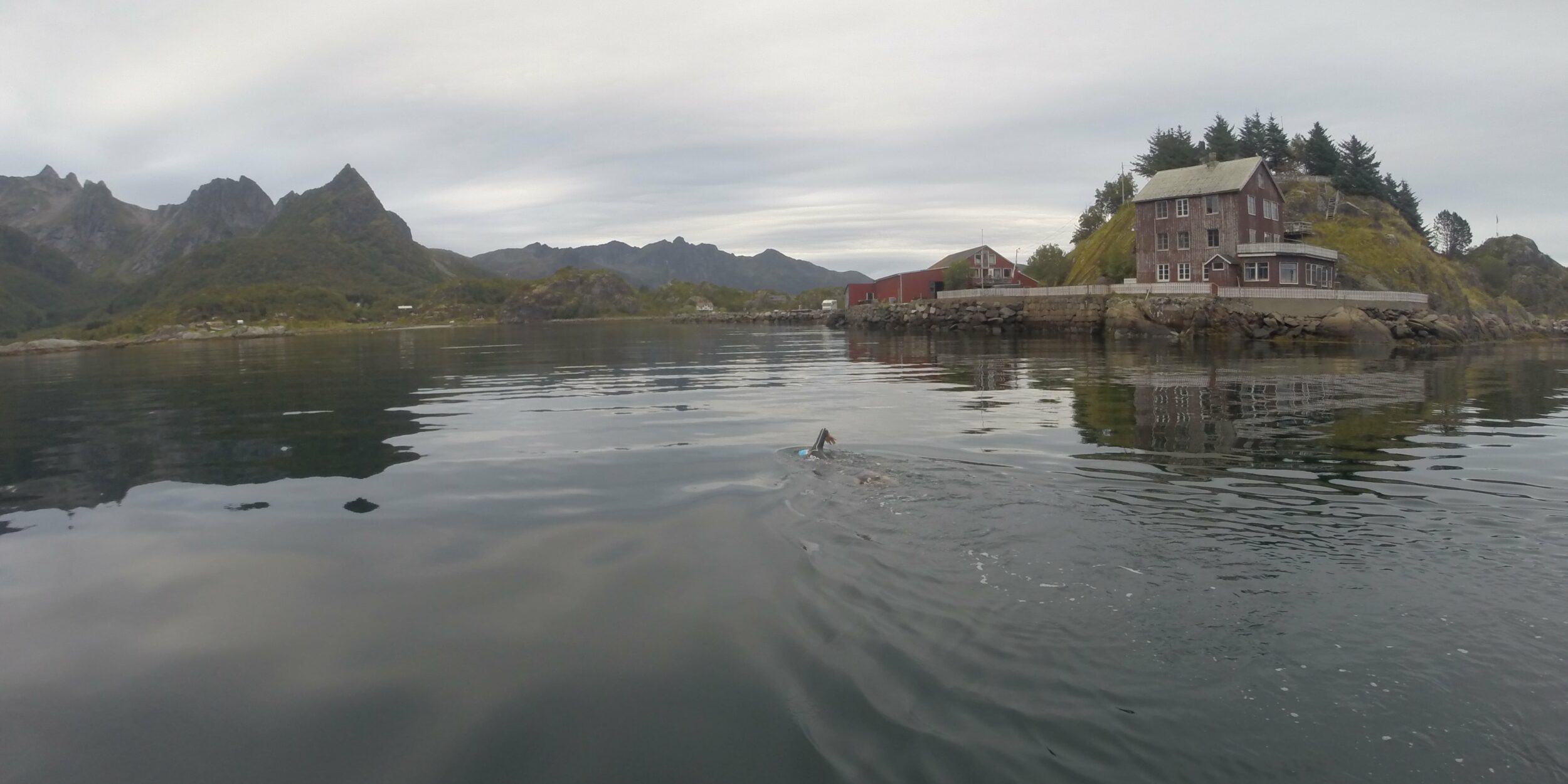 ‘Can’t I swim towards the church?’ I ask Alice, the second of my two guides. The boat is bobbing up and down at yesterday’s finishing point. ‘No, swim towards where you can see a quarry. It’s only just to the left’. But I want to swim to the church. It is a wooden spire, painted yellow, and trimmed with scrolls of Gothic carpentry. The quarry is black, sharp, lifeless. And beyond rises a crag which looks like a scene from Mordor.

I feel much better swimming through the sea when the spire is the sight line. Why? I don’t want Alice and John to think I am being precious, an aquatic dilettante. Then I remember: ‘It’s Edmund Burke. “The Sublime and The Beautiful”’. John is explaining how to put in ear plugs: ‘’Lift the lobe’. It is over twenty years since a tutor in art history made us read Burke’s essay in visual association. Objects which are vast, dark, and oppressive suggest thoughts of fear, and self-preservation. Objects which are green, serpentine, and gentle in line, suggest happiness, and ‘self-perpetuation’. This is paraphrased in so many garden history books that the strength of Burke’s theory has worn through, like soap. But it suddenly becomes true again. To swim in this hostile sea is as much mental as physical, for when you can have nothing to look at but opaque water and a cloudy sky your mind rollicks with distant imagery. A pretty yellow wooden church becomes a volume of bells, light, music, and safe friendliness. And I have begun to actively dislike the mountain which stands at the end of 30 kilometres, unscratched by any human softness – and refusing to move any closer. But we end a day of eight and half kilometres swum with a warm red house on a beach. Nice people live there, surely.

What do you think about when you swim, people ask? Today, the French Revolution. I went off Burke in loyalty to Charles James Fox, the friend whom he betrayed in a quarrel over of the French Revolution. Burke refused to trust its abstract ideals; Fox wished to give the dreamers their chance. What we remember – or, at least, Spectator columnists think they remember, or at least the man in monogrammed slippers one quarrelsome night in Brooks’s, Fox’s old Club – is Burke’s eloquent mistrust of sudden change, and his call for chivalry to Marie Antoinette. What we forget is the tenderness of British democrats’ trust. All this flies through your mind as your point your hands into the water. It is the quarry we swim towards but now, I feel friendlier to Burke, for that essay on the sublime and the beautiful has rationalised all these bobbles of fear.

And a smile at a recollection of a debate in the House of Commons in 1792 in which to illustrate his point about Jacobins Burke pulled out a knife, and, sobbing, let it clatter to the floor. The politician, playwright and boozer Sheridan snoozed beside his friend and ally Fox. Waking up, he called to Burke: ‘You have brought the knife. Have you brought the spoon?’

After half an hour all I think about is the next feed. Has Alice brought the spoon? In the Garden Museum Cafe a favourite sponsor has Instagrammed to say that a delicious new parsley and eel soup is on the menu.

Find out more and donate now 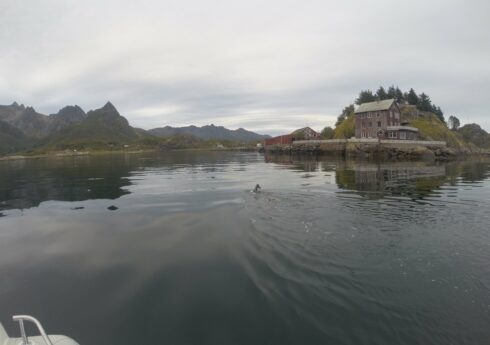