In Shakespeare’s ‘Hamlet’, Ophelia famously reels off several floral metaphors as she spirals into terminal madness. To a contemporary audience these would have been as intelligible as an emoji in a text message today.  Ancient floral symbolisms, based on legends, myths and medicinal uses, came into full bloom in the 19th Century with The Language of Flowers. In effect this was a lexicon of love, contrived for an era when passion and romance was tightly corseted by social etiquette. By the end of the 19th Century an understanding of the Language of Flowers was as important as being correctly dressed if one wanted to make one’s mark in society. Flowers were woven into paintings, jewels, metalwork and speech, and their messages clearly understood. On Sunday 2nd July, I want to look again at this ancient language. At it’s simplest, it gives flowers individuality and stitches our relationship with them back into the seasons, nature and the garden. And it’s eccentricity to the 21st Century mind shows how far we’ve strayed from that attachment in the intervening years.

Shane Connolly has been called a florist, a floral designer and even a floral artist. But he prefers to think that he simply brings nature inside.

He constantly champions the use of seasonal British Grown Flowers and has written five books. The latest title, “Discovering the Meaning of Flowers”, explores the symbolism and language of flowers.

Shane Connolly will be speaking on Sunday at the Garden Museum Literary Festival. 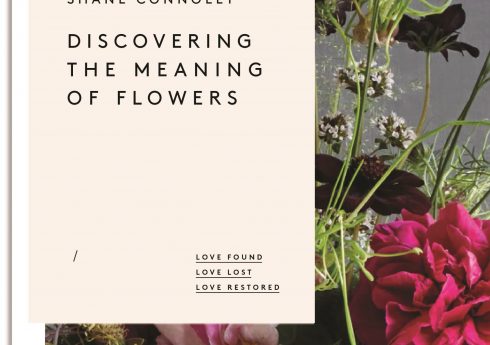