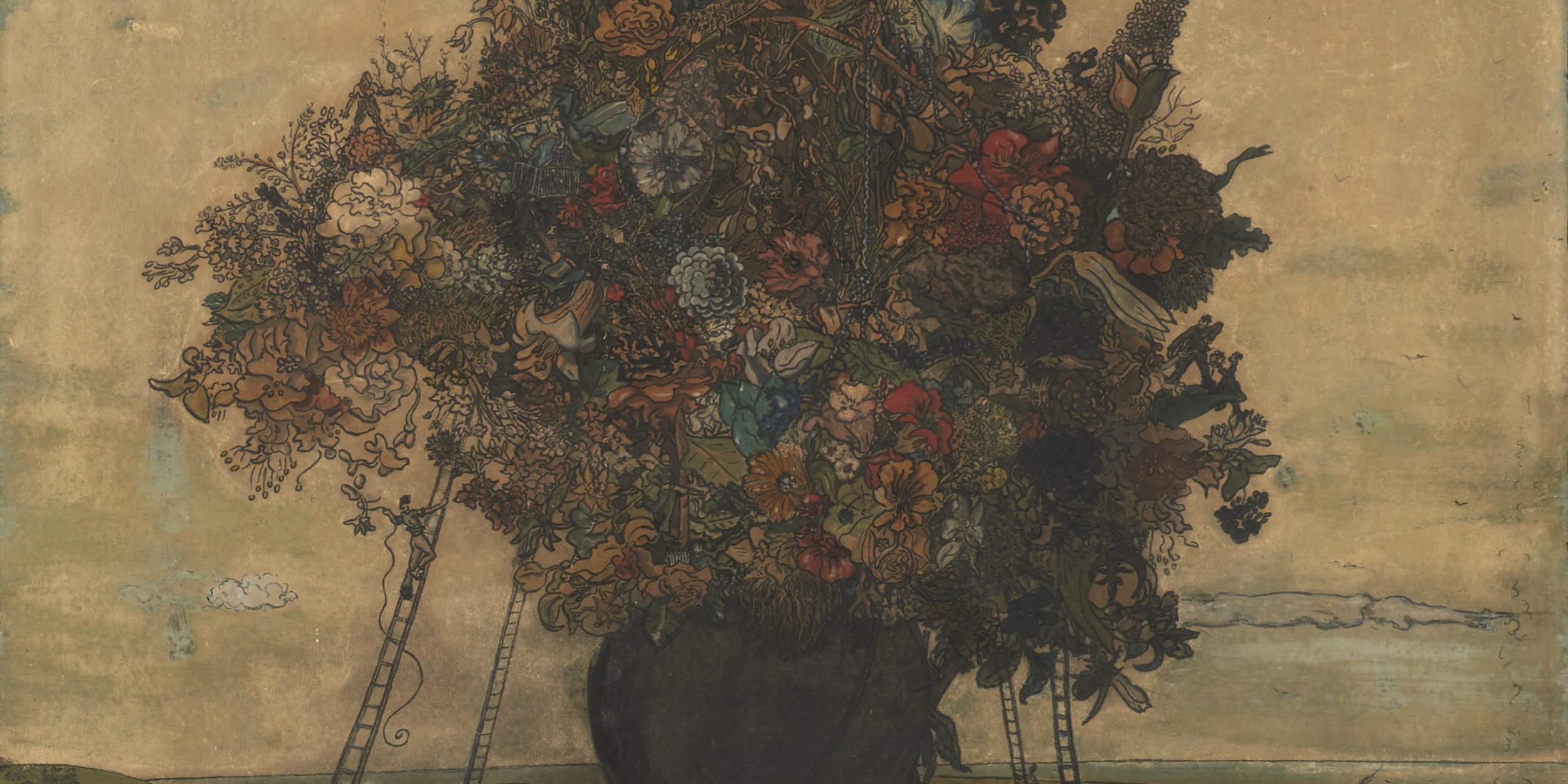 In the latest of our series of writers' takes on their favourite artists in our Sanctuary exhibition, author Candia McWilliam writes about Nancy Nicholson's playful painting of her father William Nicholson at work in the garden.

Nancy Nicholson came of two artistic lines, each rooted in the transfiguration of the domestically observed. Her father was William Nicholson, her mother Mabel Pryde, herself daughter of distinguished Scots artists and sister of James Pryde, whose work summons melodrama from – very often – just a bed in shadows. Her brother was Ben Nicholson, who married Barbara Hepworth. She might have sunk within the large surrounding talents but did not.

That it is as herself that we meet Nancy Nicholson, in her work and in written accounts, is testament to her capacities, irreducible talent and sense of self as artist and as individual. She is much memorialised on account of being, in another connection that might have diminished her, first wife to Robert Graves and mother of his older children; she withstood too the testing, and all too biographically tempting, presence of the electrifyingly exigent poet Laura Riding far too far inside this marriage.

Yet her art refuses to be ‘smallened’, as she refused to take Graves’s name, this last noted with relaxed curiosity by the great novelist when the couple visited Thomas Hardy, late in his life, at his home Max Gate. The word ‘smallened’ is Hardy’s own; charged by critics with coining it, he consulted an etymological dictionary – the citation was from his own work. When does freshness become orthodoxy?

The fresh word seems apt to this painting that plays so productively with scale, the closely-seen bunch of flowers worked upon by her tiny – but not, I think, belittled – father and approached by her similarly smallened but daring husband Robert Graves in his corner. We feel the tremor of the ladder through our own feet, and at the same time in our head and heart we sense the worth of reaching towards the bunch.

Commentary by Candia McWilliam. McWilliam is an author and has been awarded several prizes for her writing, including the Betty Trask Prize (1988), a Scottish Arts Council Book Award (1988; 1989), the Guardian Fiction Prize (1994), the Premio Grinzane Cavour Prize (1998). and the Hawthorden Prize (2011).

The painting in this article is available to purchase. Acquiring an artwork is a fantastic and valuable way to support the Garden Museum while we are closed due to Covid-19. If you would like to know more about this piece or others please contact christina@gardenmuseum.org.uk. 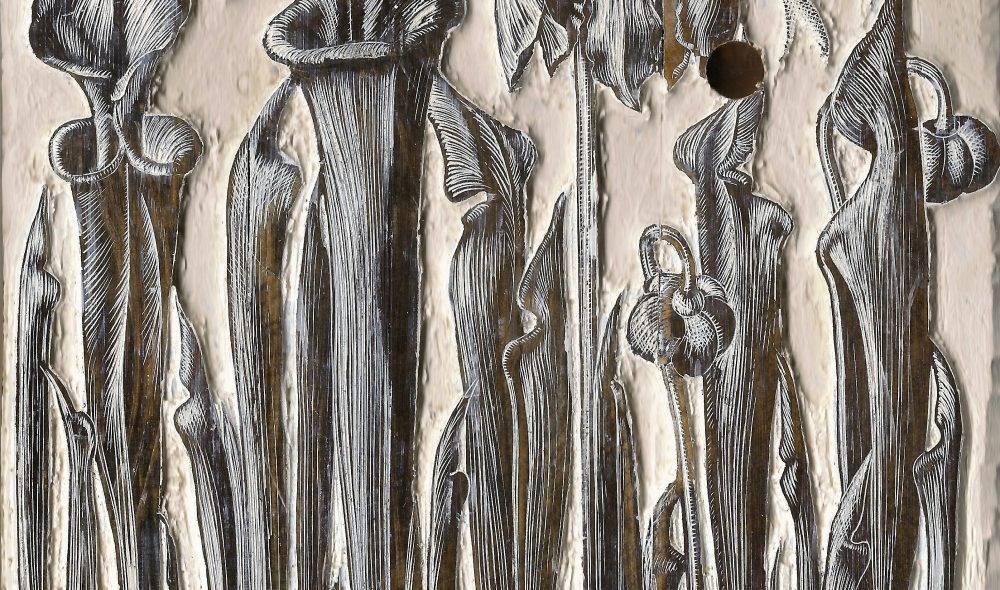 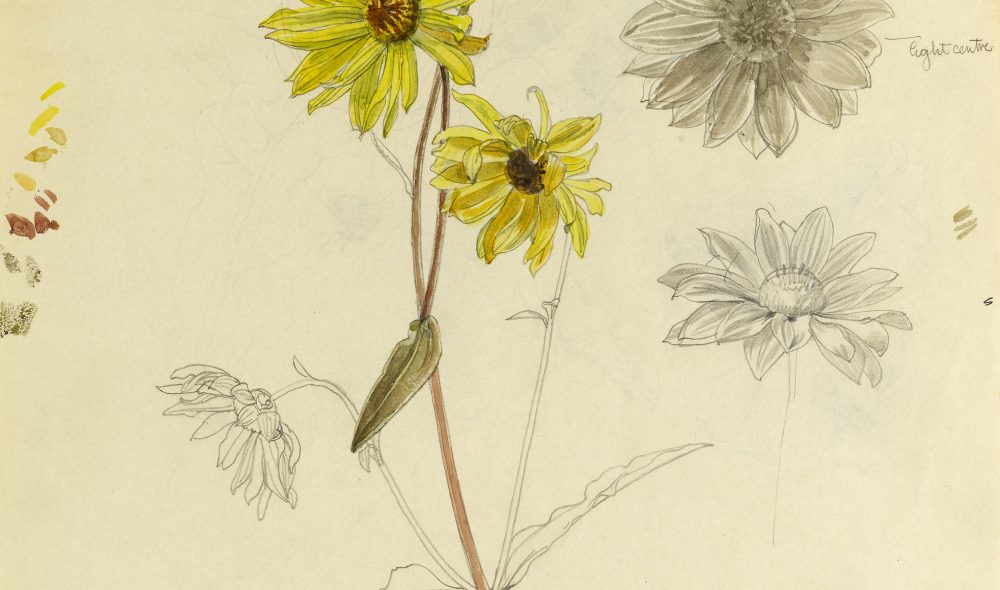