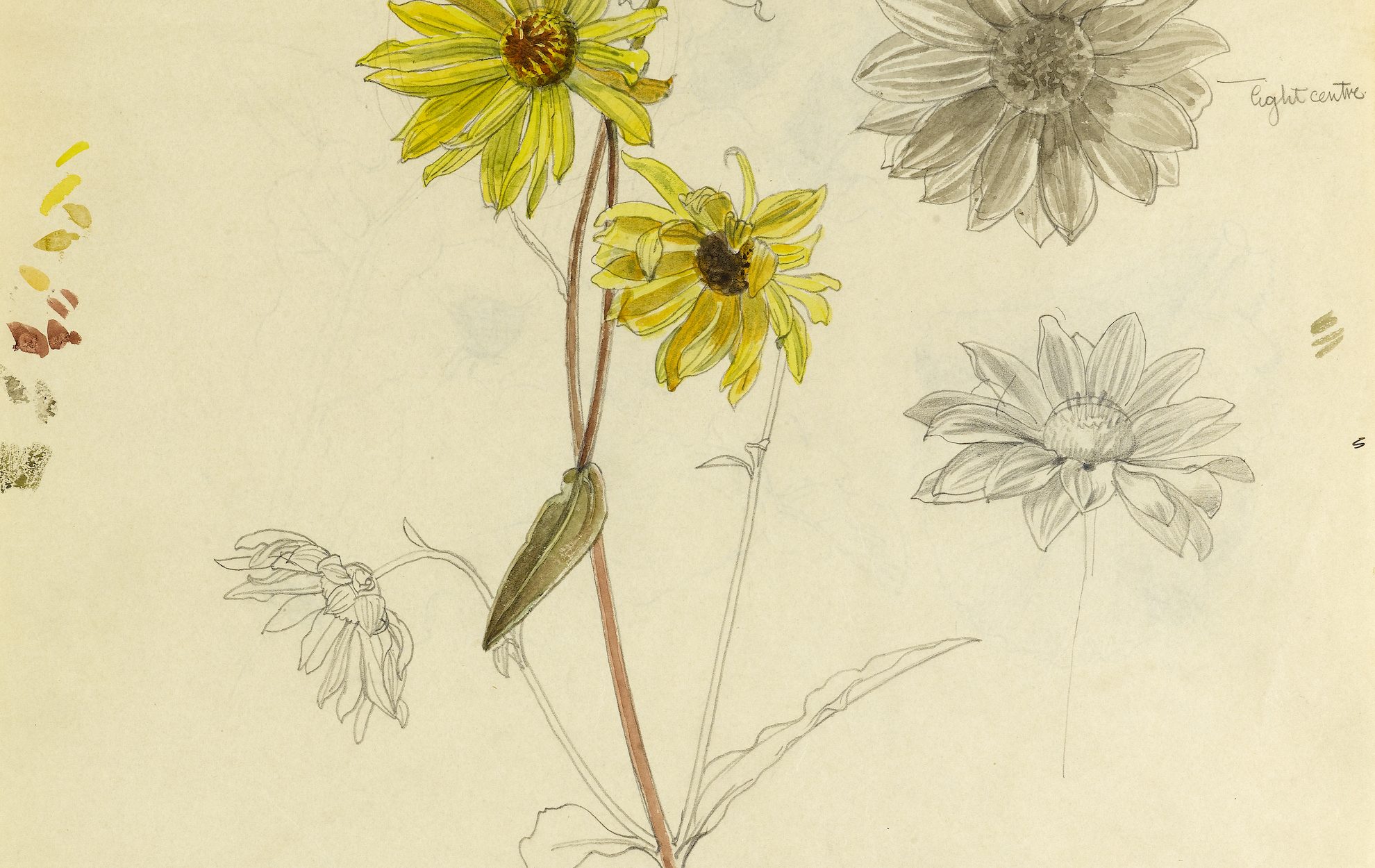 To Hilly Fields in Brockley each evening for our walk in the new configuration of this self-isolating April: a combination of ski slalom, passeggiatta, and prison break. On this green hill in south London is a tall, brick Edwardian school named Prendergast – locked up now, of course – whose Assembly Hall was painted with murals by Charles Mahoney and his assistants, unveiled in 1936 by the Minister for Education..

The Headmaster had approached Sir William Rothenstein, Principal of the Royal College of Art, who argued for the employment of young artists in public works; he suggested Mahoney, a young tutor at the RCA, and Mahoney suggested Aesop’s fables as the theme. Mahoney was born in Beckenham, and studied at City & Guilds in Kennington, and like Stanley Spencer his work is a topsy-turvy mix of the English landscape, botanical observation, and fervent religious doubt.

He worked alone with one assistant Evelyn Dunbar, who topped up the fables with a frieze of the landscape of Brockley, where, then, commuter trains met Kent orchards. As historian Christopher Campbell-Howes writes, to get the bird’s eye view she climbed the Ladywell water-tower, the brick campanile we pass on our way home. With Mahoney, for at some point between fable, scaffolding and water-tower the two fell in love.

Three years later, they published Gardener’s Choice (1937), which has been in print ever since. Mahoney shared her parents’ garden, and the two stated:

“In addition to our natural pleasure in beautiful plants and our experience in raising and cultivating them, we have gained a close intimacy through drawing and painting them. We have observed them as artists as well as gardeners, and have necessarily been made aware not only of the garden value of a plant and the intrinsic beauty of its flower, but of proportions, forms and contrasts, of the subtle relations of the leaf to the bloom.” 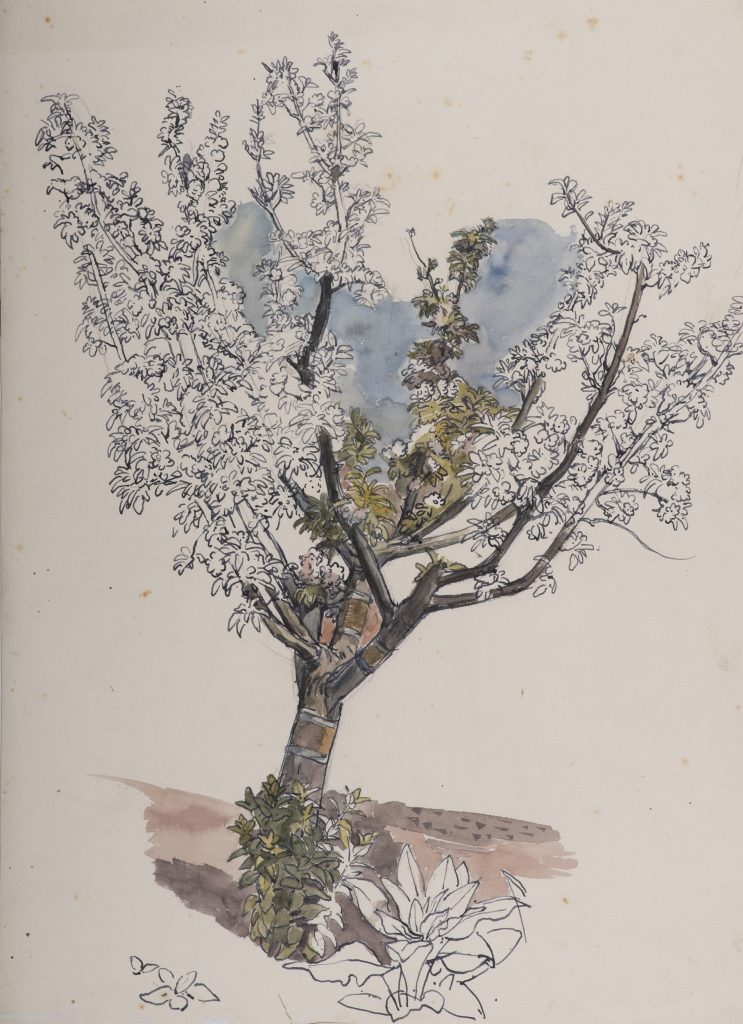 Actually, Mahoney’s daughter puts it better: he showed a ‘total feeling for the plant’, its strength, scale and ‘infinite textural qualities’. But look at the drawing of the Helianthus ‘Miss Mellish’. Notice on the left Mahoney’s dobs of yellow, experimenting with colours ; how at the bottom of the drawing a sprig becomes pure line. He was able to give flesh to flowers through lines of pencil, never ever repeating a route through the foliage. 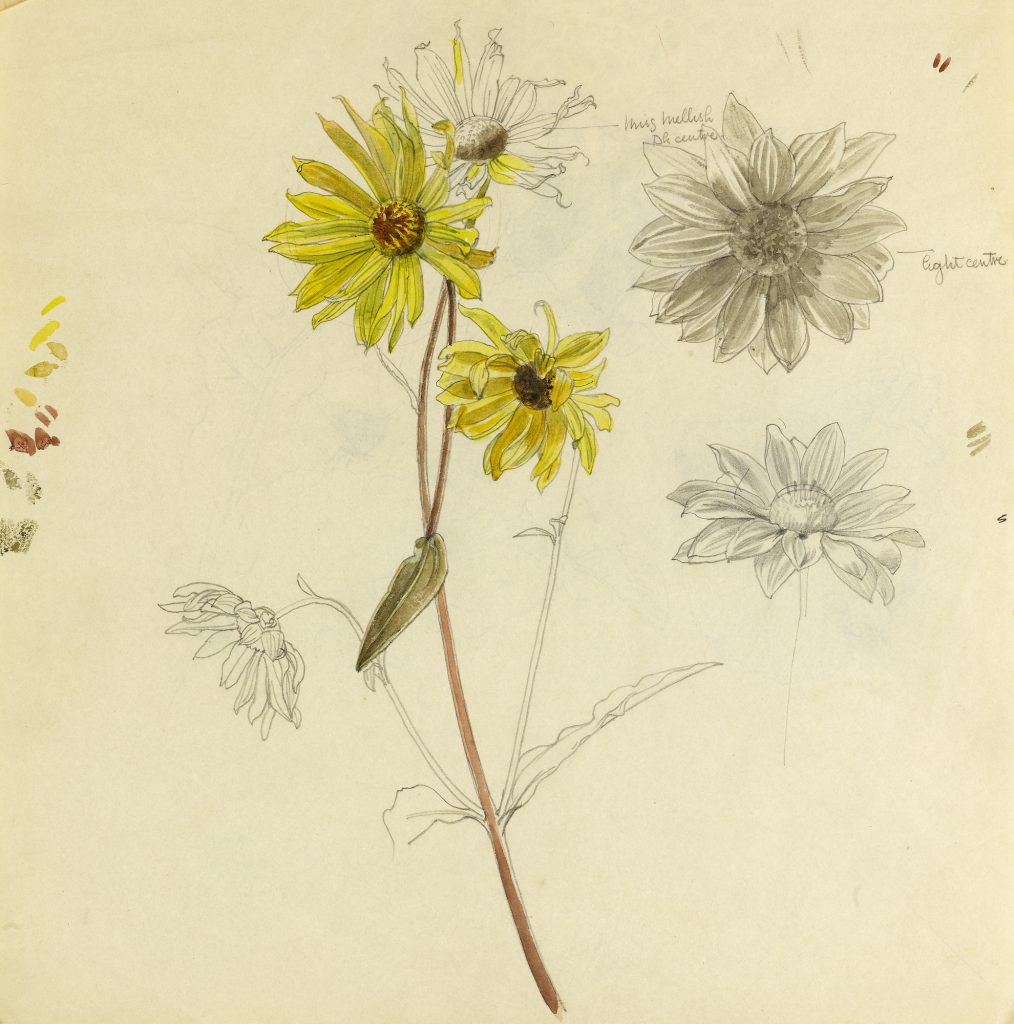 I call Tania Compton, our Trustee: “It’s a staple of the late summer border’, she explains; unlike other varieties of soldier-sunflowers tiptoe on parade, flowers branch at more than one height. And, a perennial, it seethes through a garden ‘strong enough to stand up to beefy meadow grasses.”

That fits with the garden Mahoney made after 1937, when he bought Oak Cottage at Wrotham in Kent, just outside the M25. Like many painters’ gardens, it is a muddle in photographs taken from afar; close-up there were a thousand vignettes, and he enjoyed plants such as hogweed and droopy, dimpled umbillefers (how he would have loved Crug Farm!).

In 1940 the Royal College of Art was evacuated to Ambleside, and there he fell in love with the calligrapher Dorothy Bishop. 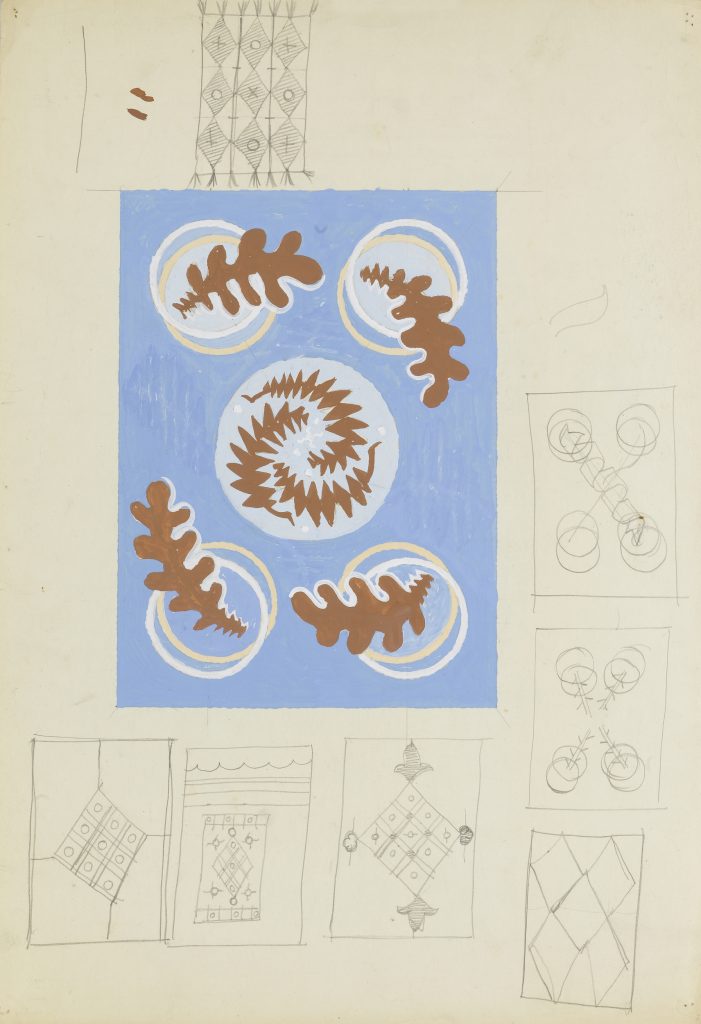 In the exhibition is a fabric design from this period. As we hung the exhibition, and turned over the drawing, a lost sketch was revealed: a family at a table, two wearing gas masks. Suddenly, we are back in time. 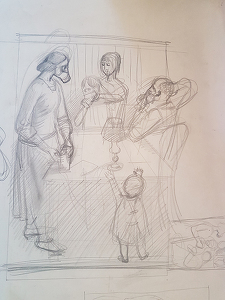 Let’s look forward to turning the page, so that such apparatus of fear is just a shudder of memory. And the school is boisterous again.

All the artworks in this article are still for sale. Purchasing an artwork is a fantastic and valuable way to support the Garden Museum while we are closed due to Covid-19. If you would like to know more about this piece or others please contact christina@gardenmuseum.org.uk.

For further reading on Mahoney:

And for south Londoners: read more about the Brockley murals