Home » News » On first looking into The London Gardener

On first looking into The London Gardener

Twenty-five years ago, Todd Longstaffe-Gowan, historian, designer and collector began to publish a journal dedicated to the history of London’s parks and gardens. Each addition is slim and stately, with typography as elegantly seraphed as a Georgian roue’s wig. And each reveals stories you would never imagined: 2021 has Sophie Seifalian on the Great Flower Shrine erected in Hyde Park in 1918 to the memory of the fallen, and David Marsh on Nicolas Leate, a trader with the Levant in Elizabeth England, who gave the herbalist John Gerard a red beetroot and yellow gillyflower ‘from beyond the seas’. The Journal concludes with Lowell Clare on ‘The Naked Ladies of Twickenham’: a cascade of seven nude sculptures, commissioned in the 1890s for the house of the mining millionaire Whitaker Wright. The sculptures are so white, and so plentifully limbed, that in the Second World War they were sprayed with a grey sludge so as not to guide German bombers to the riverside. 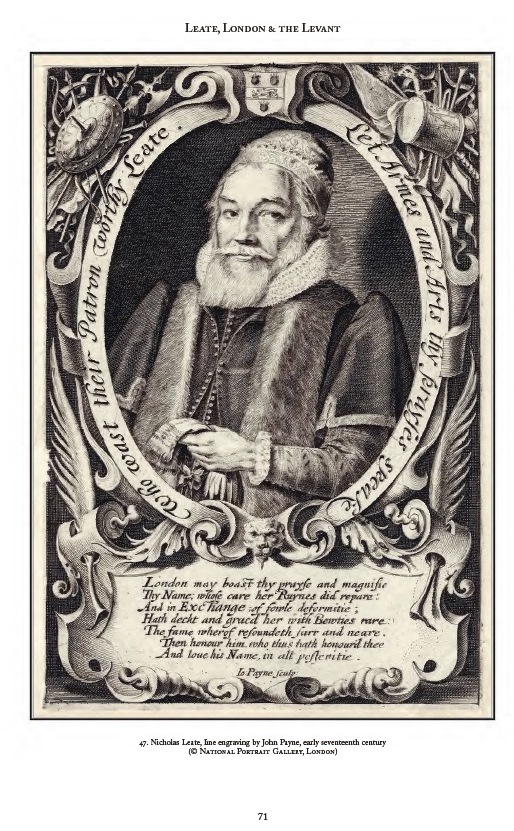 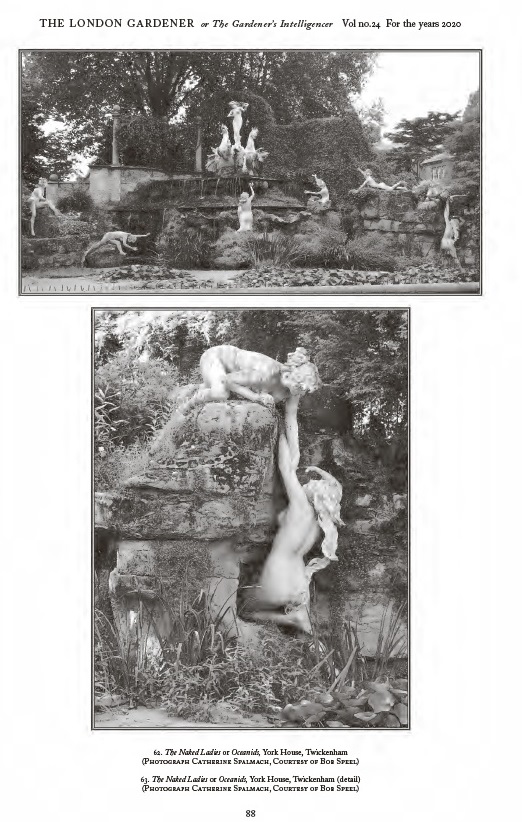 Every edition of The London Gardener contains surprises like this; more than once, I have missed my train stop on the way home.

And now The London Gardener is online, and free: supported by the Deborah Loeb Brice Donor Advised Fund at CAF and the Finnis Scott Foundation, 218 articles by 123 authors have been digitized. You can search by subject, but the joy is as much to wander at random and be waylaid by the curious characters of London’s horticultural past. Or present. I put ‘Thames’ into the search engine and find myself in Thurrock with David Lambert casting a weary eye over the history of failed landscape strategies for the Estuary (vol. 13 ., 2007 – 08). In 2007 a brand consultant appointed by CABE, a Commission for the Built Environment, declared: ‘It’s not fluffy little bits of park we’re talking about but a whole environmental infrastructure…’ But the environmental master-plan never happened, CABE was abolished, unlamented, and we still like ‘our fluffy little bits of park’. 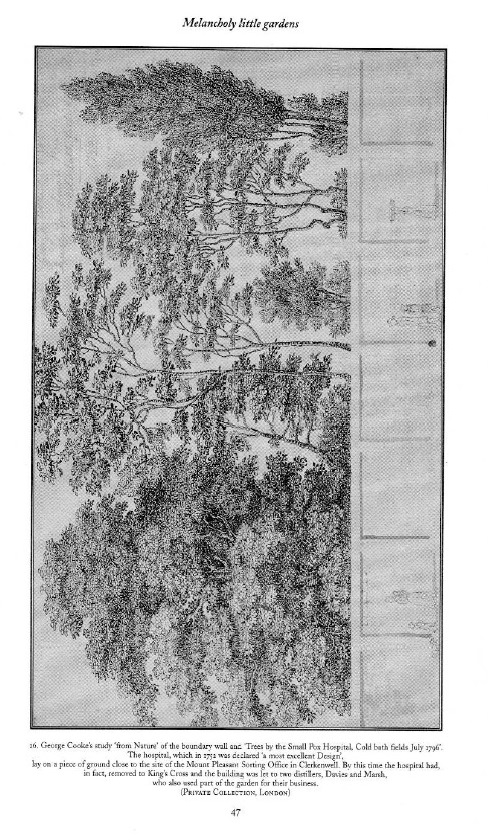 But researchers specialize in less fluffy gardens, in reflection of the shadowed, bitty soil in which London grows. You get 17 results when you put ‘melancholy’ into the search engine. Perhaps the key is the essay by Todd himself in Vol. 4., ‘Melancholy Little Gardens’, which begins with the protagonist of H G Wells’s 1906 novel ‘The Door in the Wall’ discovering a magic garden through a low door in a grimy brick wall. Longstaffe-Gowan concludes: ‘Some gardens are destined to remain magically inaccessible. The door in their walls, nevertheless, continue to beckon us away from the realities of our daily routine and into world of desire and enchantment’.