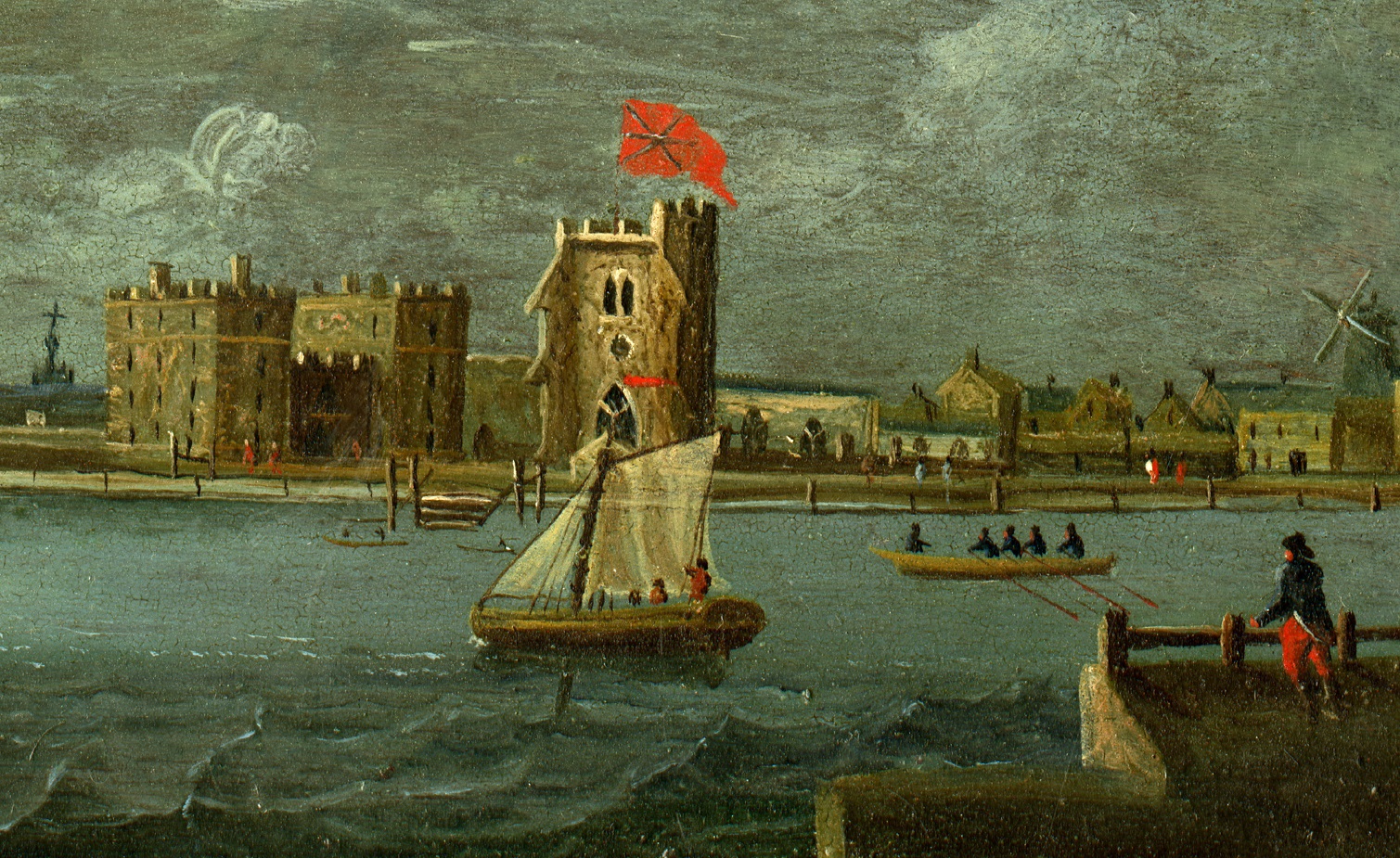 Home » News » Object of the Week: A recent gift to the Museum by Stephen Crisp

Object of the Week: A recent gift to the Museum by Stephen Crisp

One Saturday Stephen Crisp rang from the Portobello Road. ‘I’ve come across a picture of St Mary’s? Shall I buy it for you?’ And he did.

Stephen is Head of Landscape at the American Ambassador’s residence in Regent’s Park and its new Embassy in Vauxhall. But he was the first Horticultural Trainee at the Museum of Garden History in the early 1980s, and with the late Mary Searls  planted the medlar in the churchyard. During our construction project Stephen guided us in transplanting the medlar to the west front, and its knuckly fruits are lustrous again in October. Inside the Museum are others of Stephen’s gifts, from a 19th-century watercolour of  Tresco to a particularly lairy gnome by Seletti. 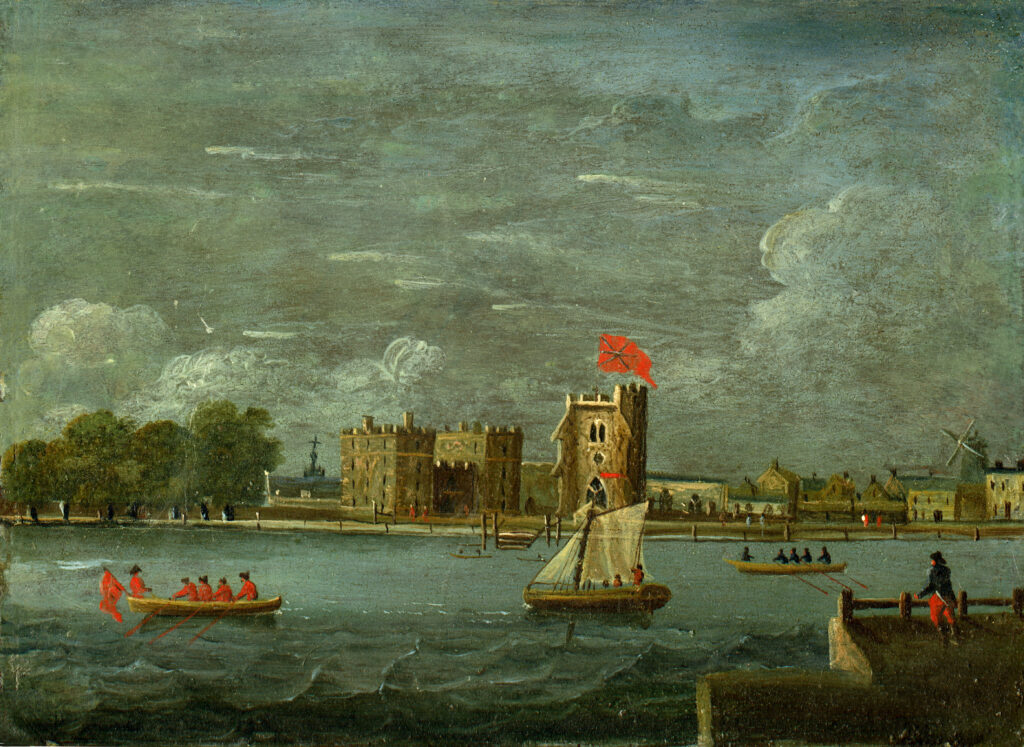 This painting shows Lambeth Village from the opposite side of the Thames. It was a popular view to paint, with the Picturesque profile of Lambeth Palace beside the church tower, and the spectacle of boats. The artist was an amateur, and the scene is hard to date as the perspective is so awkward. (But made the most of the red paint he or she had mixed: boatmen, impossibly vast red flag and flaneur’s trousers are all bright red). But it does capture what a contrast south bank was to north for so many centuries until in the 1830s pottery factories were built on the water-line and, in 1860, the first Lambeth Bridge.

You can see how the ferry docked below the church tower, and imagine how the cries and clatter must have echoed through the box-pews of what was, then, a village church; into the 18th-century the people on excursions to pleasure gardens remarked on birdsong and hayricks.

On the right you see one of then many lost windmills of Lambeth. (It survives today in the name of a pub on Lambeth High Street). This ten-sided windmill on Juxon Street turned until it was demolished to make way for the railway, with its new and stronger puff.

It is thought to be this Windmill that the great topographical Wenceslaur Hollar claimed in the 1630s to make his view of Lambeth; a print was donated in memory of our founder, Mrs Nicholson, by her children. How else could he have set out such a view over rooftops, drains and fields?

On my second day at work at the Museum – more than a decade ago – I climbed to our church tower, a treat of 131 steps now open to everyone. It is a windy bend in the river and on a whim I wrote a letter of just three lines to Thomas Heatherwick, wondering if he might design for us a wind turbine which would enliven and compliment the square stone tower. I was thrilled to be invited to the studio. ‘Actually’, said Thomas ‘I want to talk you about something else’. He glanced left and right, lowered his voice, and brightened: ‘It’s about an idea for …. A garden bridge’.