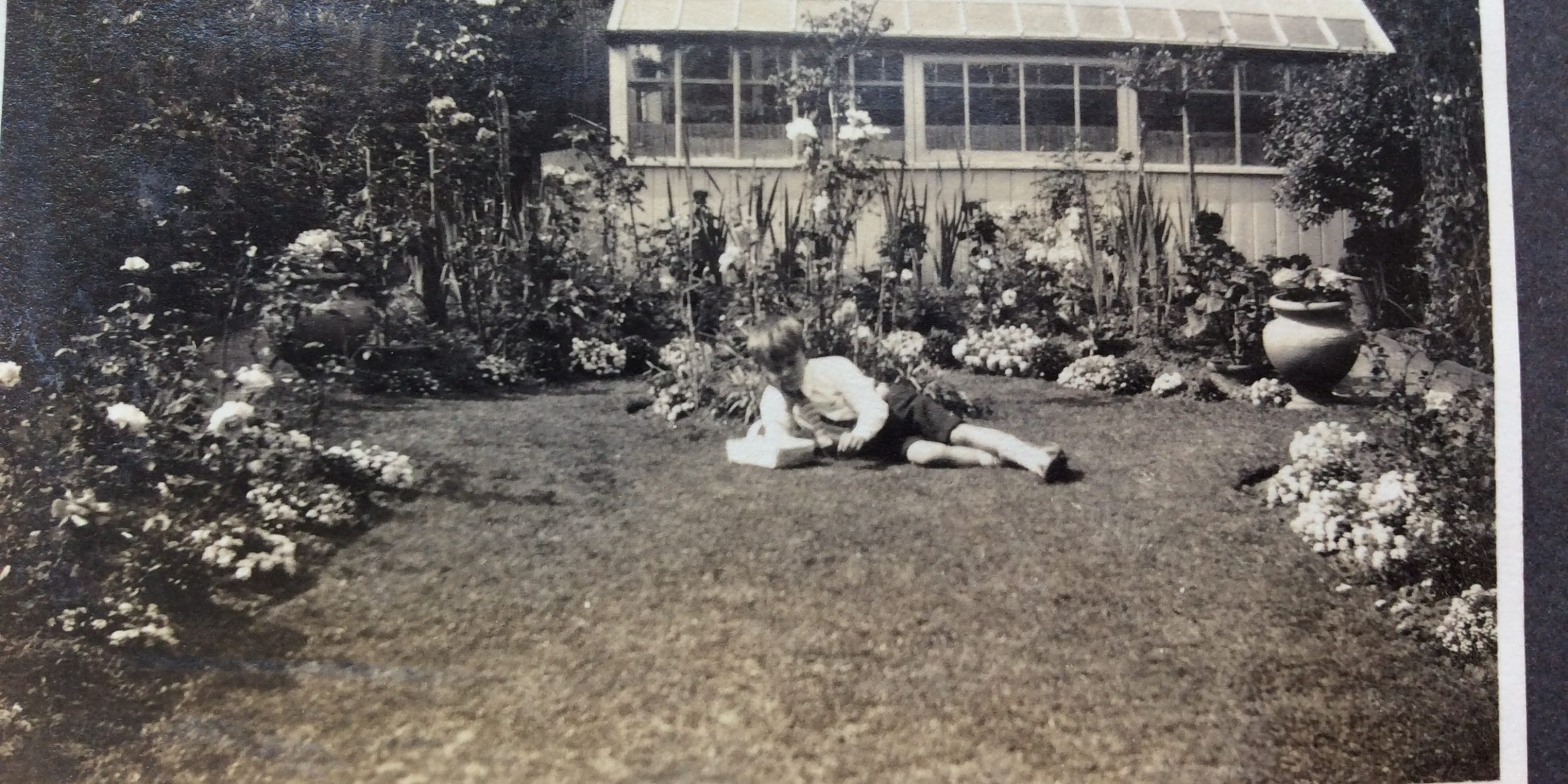 Having seen our blog posts featuring the photographic collection, Garden Museum supporter Elizabeth Knowles was inspired to send in this charming photograph of her father in his garden as a child. We asked her to write a memoir about it and she obliged.

Elizabeth has been most helpful to the Museum over the years by sharing her knowledge of Alexandra Road Park, the modernist estate designed by Neave Brown in 1968, where she has lived for over 40 years and is Chair of the Friends group. Janet Jack’s landscape design plans for the park are available to study at the Archive of Garden Design. As Elizabeth reflects, it is no coincidence that she has chosen to live in a housing project admired for its provision of private gardens to every resident.

Here, Elizabeth remembers her gardens, from her first, the size of a ‘postage stamp!’, to her current ‘inner city oasis’ at the park.

The plans shown throughout can be viewed larger in the image gallery at the end of the post.

This is a photo of my dad in the garden of my grandparents’ North London house in 1927. He was seven. I moved into the house when I was one and my earliest memory was of being in my Grandpa’s arms and smelling a rose.
He died when I was around three.

The garden was his great delight and he passed on his love of plants to his son, my dad, and of course to me.

Everything grew in that garden, roses, tall delphiniums, gladioli, all the most popular Edwardian flowers. The flowerbeds were bordered by the black shell patterned edging popular in the day and which you sometimes still see.

In the greenhouse grew tomatoes, cucumbers and a magnificent Passion flower which died soon after he did, mysteriously it was said, although in retrospect it was probably from lack of water. At the spot where my mum chatted to her neighbour over the fence grew a Logan berry bush with large juicy fruits.

The garden must have been around forty foot long and narrow – a typical North London garden. The entrance to the garden was from the “scullery” past the outside loo but you could also come down steps from the living room French windows.

There as a child I descended into the sunken part of the garden, a path with walls made of blackened coal leftovers (commonly used to build these in that era). I can still recall how my face was brushed by ferns and tall Solomon seal plants. Dark, damp and mysterious.

Dad modernised the beds a little, making a bigger lawn and even putting in a small pond which had newts and goldfish, although how they managed to co-exist I don’t know. This tiny patch of water was regularly visited by dragonflies. The pond was filled in temporarily, with three small kids it was deemed a liability, but not for long.

On one side, the fence was made up of a cream and crimson striped rose which formed a hedge. Despite touring every rose catalogue and keeping my eyes open in gardens, I have never found one quite like it, they are never so cream or so crimson – or perhaps it was just my memory.

Dad used to edge the beds every spring with bedding plants. Little white alyssums, blue lobelia and red salvia. My mother hated them! Apart from the formality, I think it had something to do with her Welsh heritage. Welsh was her first language and she was as much a foreigner as any in those days.

We moved away when I was about eleven to various other houses, mostly with bigger gardens.

I don’t have a garden now but I do have a big balcony or “outdoor room” as Neave Brown, who was the architect of the complex where I have lived since it was built in the Seventies, called them.

I suppose “my garden“ is the four and a half acre Alexandra Road Park where I am Chair of the Friends group and do my best to maintain Neave Brown’s vision and Janet Jack’s incredibly tough but beautiful planting in our inner city oasis.

Whenever I spoke to Dad about my first garden he would bring me down to earth saying “Elizabeth – it was a postage stamp”! 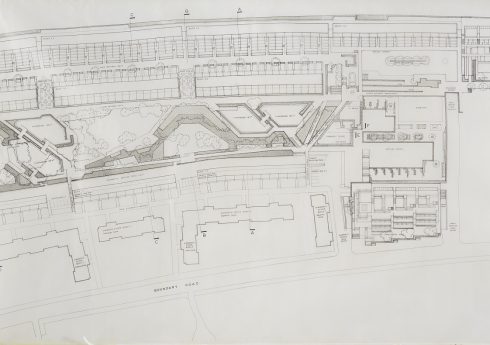 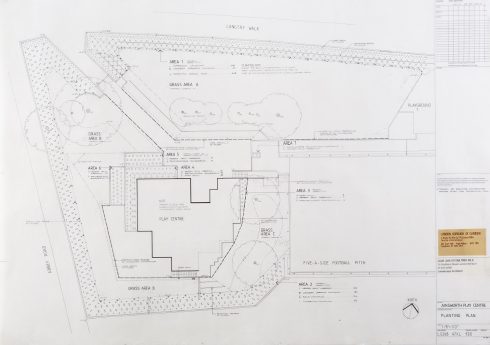