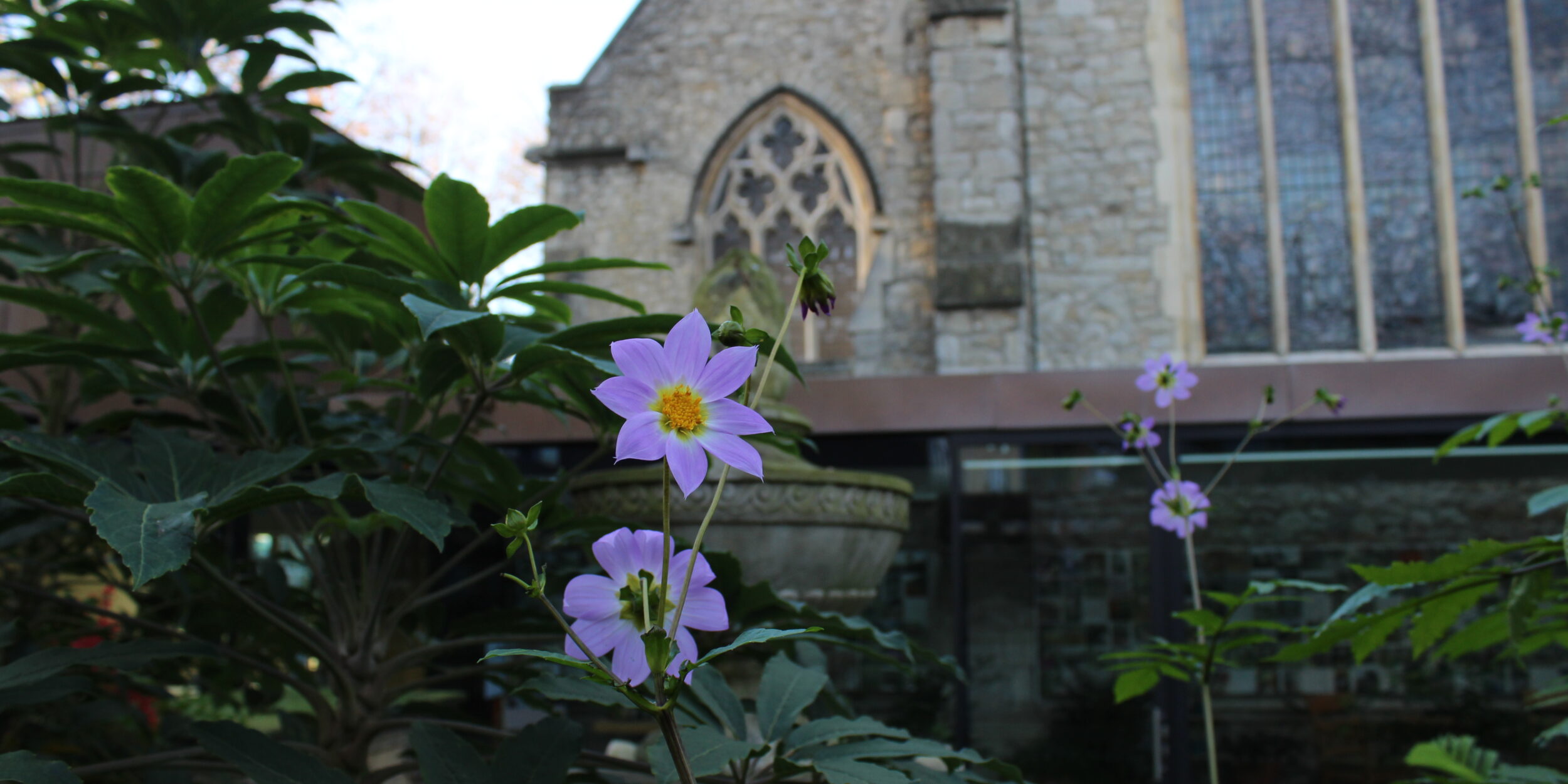 Exactly a year ago this week, three clusters of tightly-closed buds appeared at the top of the museum’s Mexican tree dahlia, D. tamaulipana. This was the plant’s third autumn in the ground and the first to elicit buds. But the weather turned before they could burst open; leaves blackened, the stems were chopped down and the crown mulched for another winter. This year however, to our great delight, there are not only buds but flowers — beautiful, cool purple-pink stars with a honey-combed composite centre, lifted close to two metres high: a spray of lilac rays against the gathering grey of autumn. 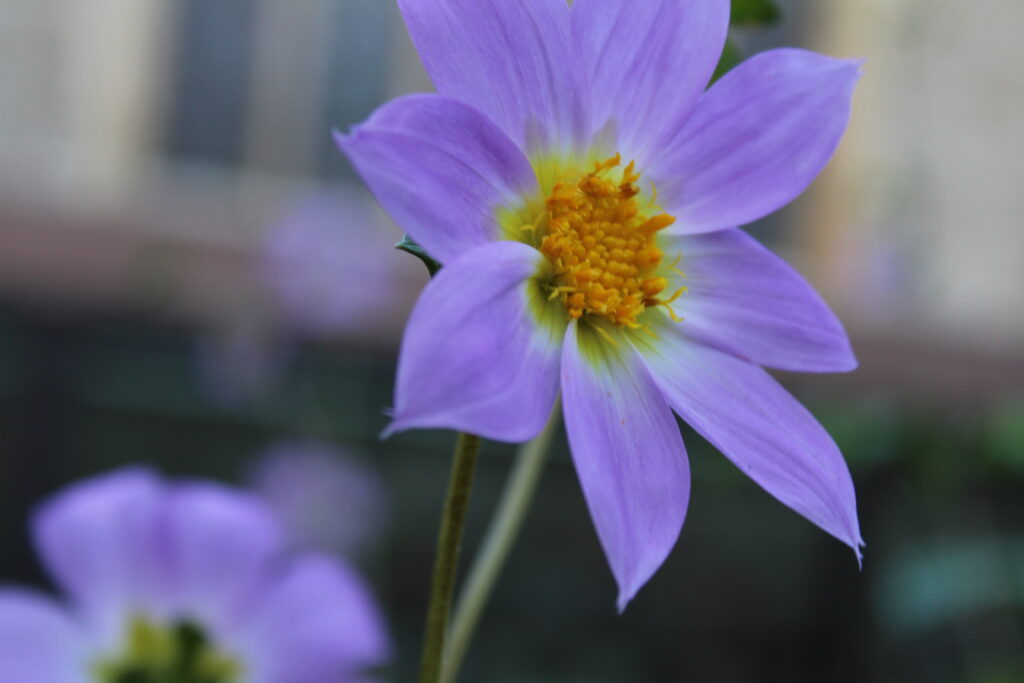 As an exotic with large, aromatic and attractively divided leaves, the dahlia sits pride of place at the centre of our plant collector’s courtyard, forming a colossal mound by mid to late summer each year. Like so many of the intriguing species designer Dan Pearson selected for the courtyard, its foliage is the focus, striking a bold contrast with the bordering spires of equisetum; the dark velvet chevrons of Persicaria ‘Filiformis’ and a bright, glaucous melianthus. Flowers, therefore, are a bonus, yet they add another story to the little but lively planting scheme — a reminder that, like Frank Kingdon-Ward’s Chinese ginger lilies or our woodland fatsia found growing in high-altitude Taiwan by Sue and Bleddyn Wynn-Jones, truly fantastic landscapes invented our beloved garden plants, and great adventures brought them to us. This, of course, is also the story of the Tradescants, who, entombed within the courtyard itself, were among Britain’s earliest plant hunters. 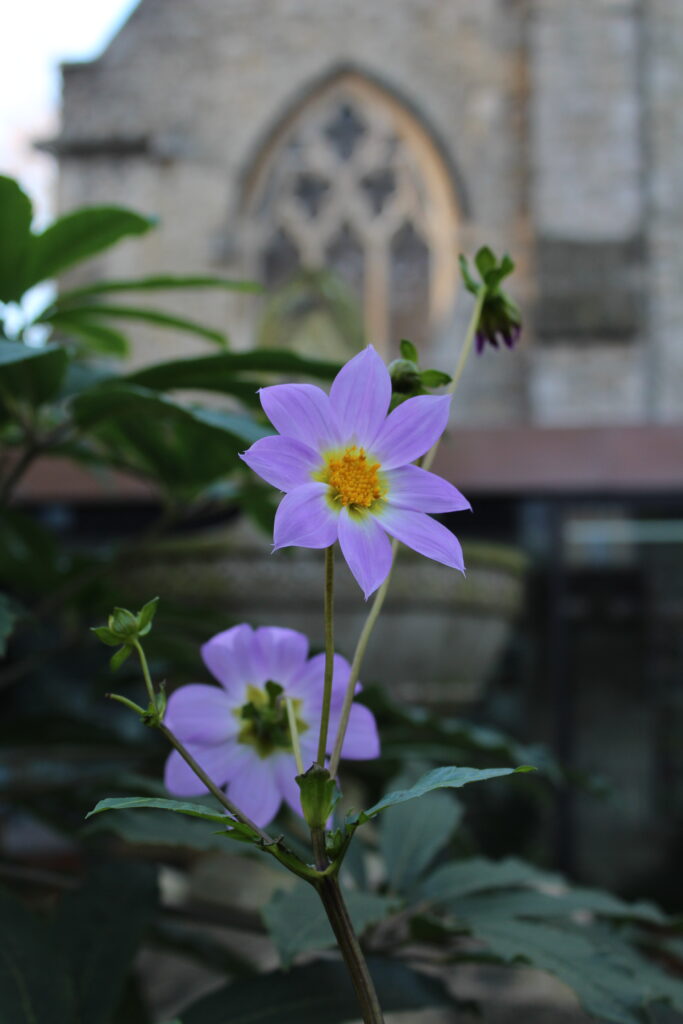 Dahlia tamaulipana came to us from plantsman Nick Macer of Pan Global Plants in Gloucestershire, who encountered it flowering in the sunny glade of a loquat oak forest in Tamaulipas, north-east Mexico. Macer has conducted plant hunting excursions all over the globe but Mexico, he tells me — when I ring to discus the dahlia — is his absolute favourite. ‘It’s a fabulous place with the most fantastic countryside you could ever imagine. The topography and climate is so diverse — from desert zones to dripping-wet cloud forests — and the plant life is stunning: hundreds of amazing agaves, oaks, incredible pine species, dahlias and salvias.’ On a trip to Tamaulipas in 2005, Macer spied an intriguing dahlia blooming on the high forested slopes of the Sierra Madre Oriental mountain range (which faces the Gulf coast to the east), and collected viable seed. Since then, a big clump of this attractive plant has been steadily ballooning at his garden and nursery in Gloucestershire. It wasn’t, however, until as recently as 2018 that D. tamaulipana was formally described as a new species: how exciting to have such a curiosity on display in our garden. 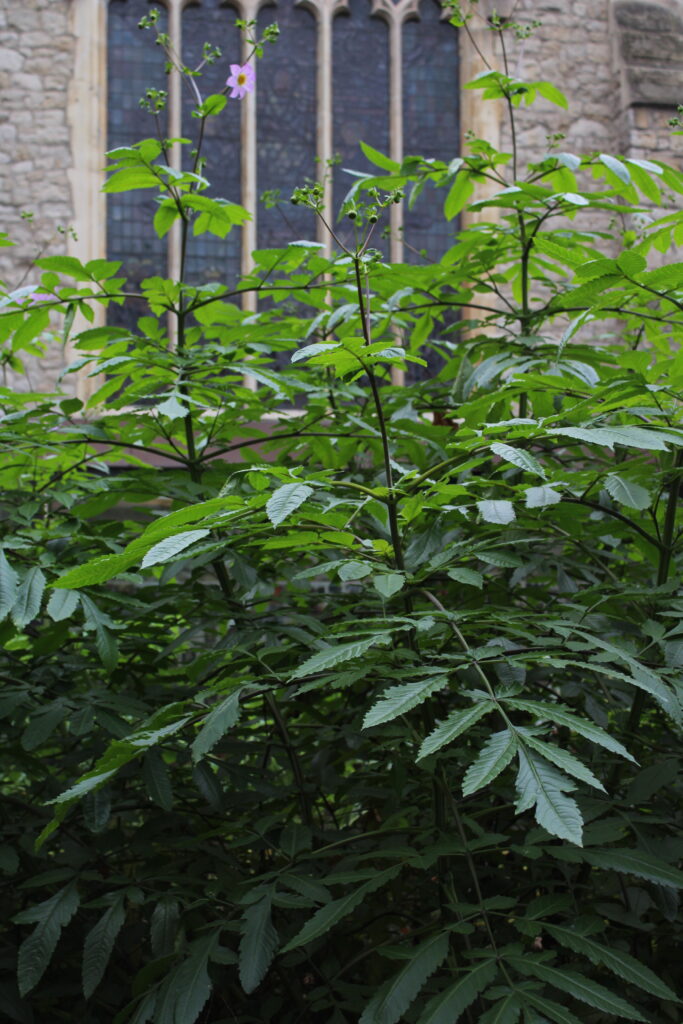 Only twice in fourteen years, Macer tells me, has his tamaulipana flowered in Gloucestershire, where winters are more frost-prone than Cental London. But the dappled shade cast by our tall plane trees, he suspects, mimic the semi-wooded environment of its Mexico habitat, and the glass-walled courtyard raises an accommodating humidity. ‘I think it’s quite inspiring for the museum to be able to show what can grow in London, especially when so many gardens are not making use of the incredible microclimate’, he says. ‘Beyond the amazing foliage, it is a plant that actually flowers in Novemer-December!’ — and when have we ever needed flowers more than at the conclusion of a year like this one.