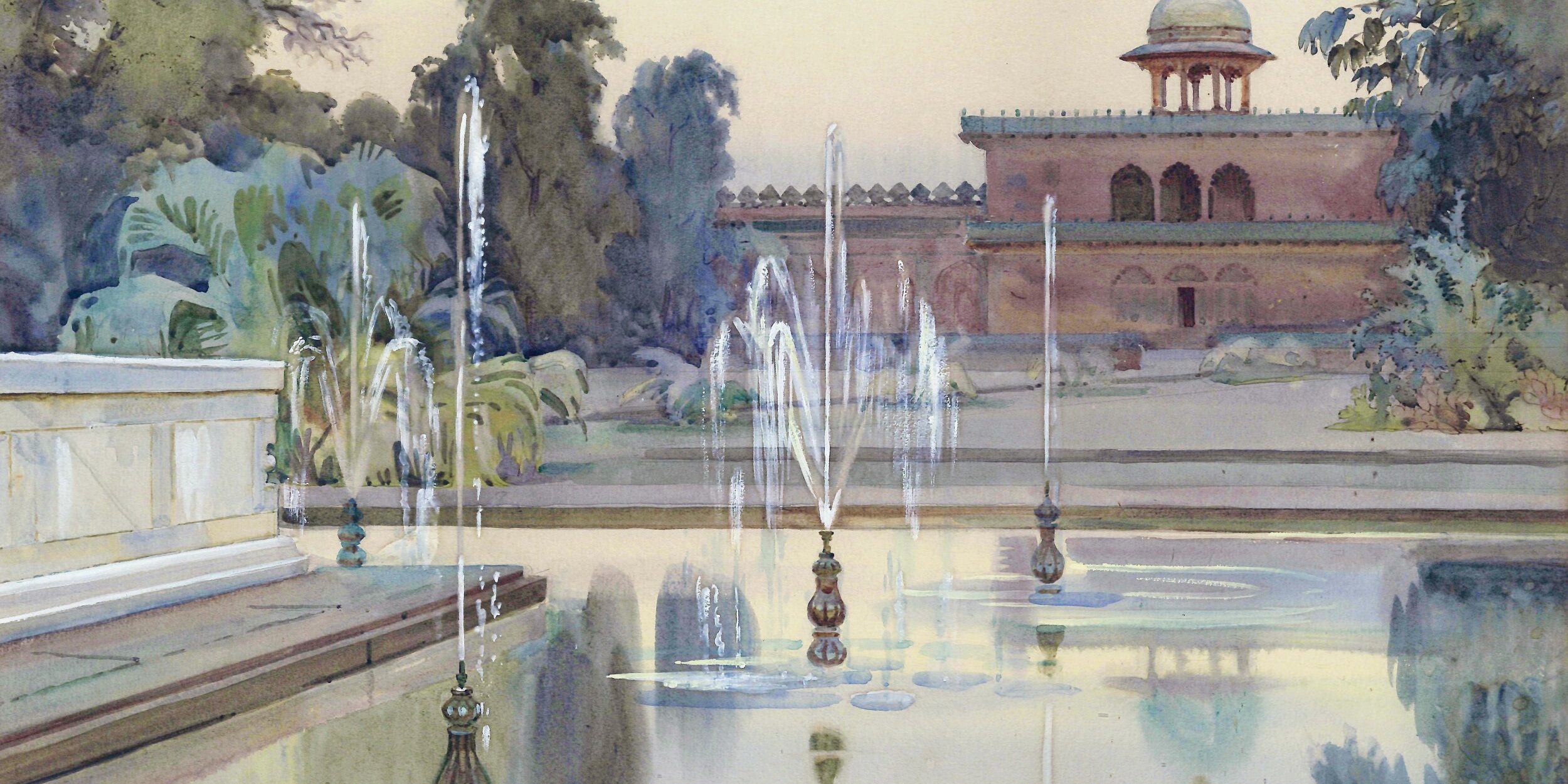 A new display at the Garden Museum celebrates the acquisition of garden historian Constance Villiers Stuart’s archive (1876-1966), recently donated to the Archive of Garden Design by her granddaughters. Over the past few years, art consultant and historian Mary Ann Prior has used the archive to extensively research and write the biography, ‘Constance Villiers Stuart: In Search of Paradise’ (Unicorn, 2022), the first in-depth study of Constance’s life. We asked Mary Ann a few questions to find out more:

Can you introduce Constance Villiers Stuart for those of our readers who aren’t familiar with her?

Constance was a remarkable woman and something of a celebrity in her day. She was heiress to a large fortune derived from the family’s cotton production business which had been founded during the Industrial Revolution. Her renown stemmed mainly from her vast knowledge of Indian Mughal gardens and the Moorish gardens of Spain, but she was also famed for being an artist, journalist, flower arranger, photographer, campaigner and traveller. Her place in garden history and design was assured by her ability and desire to communicate her knowledge through lectures and blatant self-promotion in Britain and abroad.

Constance’s admiration of Indian garden design culminated in her first book, Gardens of the Great Moghuls (1913), establishing Constance as an authority on Mughal Garden history. Why do you think she was so captivated by Indian and Mughal gardens in particular?

Constance developed an interest in garden design after her family home in Norfolk was destroyed by fire in 1903. She and her mother redesigned the house and garden which was completed in 1906. From then on Constance, who had since childhood had an interest in nature, landscape and flowers, became serious about learning about the way gardens were laid out and planted. When her husband, Patrick Villiers Stuart, a soldier in the Royal Fusiliers, was posted to India in 1911, she looked for a book about Mughal gardens and, failing to find any, decided to write one herself.

Can you tell us a bit about the archive which has been donated to the Garden Museum’s Archive of Garden Design?

The archive was in private hands after Constance’s death in 1966, and then passed down to her two granddaughters, Electra Nemon Stuart and Aurelia Young. It comprises original sketchbooks, paintings, photographs, diaries, correspondence, magazine and newspaper articles, scrapbooks and ephemera.

What brought you to writing about Constance?

I had a chance encounter with one of Constance Villiers Stuart’s granddaughters in 2017 which led to me writing the book. Several years before this meeting I worked on another project based in India and I used Constance’s book Gardens of the Great Mughals as a sort of guide. I was intrigued by the illustrations which were reproductions of her own watercolours, and they stuck in my mind. When I met Electra, I saw one of those paintings on the wall and recognized it. It was then that I discovered that Electra and her sister possessed a treasure trove of material which they had inherited from their grandmother. From then on I was totally hooked and very lucky to be offered unlimited access to the archive, which was an incredible privilege.

Were there any discoveries that stood out in your research?

Letters from the then Viceroy of India, Lord Hardinge, which illuminated Constance’s influence on him and his wife regarding the importance of using Mughal garden design for the new Viceroy’s House (now Rashtrapati Bhavan) then being built in New Delhi. Although Constance didn’t directly interact with the architect, Edwin Lutyens, she certainly maintained a regular and friendly correspondence with the Hardinges, who held her views in high regard.

Do you have a favourite painting by Constance?

My favourite is the Hall of Fountains (sometimes called Lower Pavilion) at Nishat Bagh, Kashmir. Constance set up her temporary studio here. Imagining her painting while experiencing the cool breezes, and the scent of flowers like lotus and jasmine, looking out over the bustling activity on Lake Dal against the beautiful mountain range in the background, makes this image very evocative for me. I also like her later still-lifes like ‘Vase and Statuette’.

Constance Villiers-Stuart: Earthly Delights is on display until 30 November