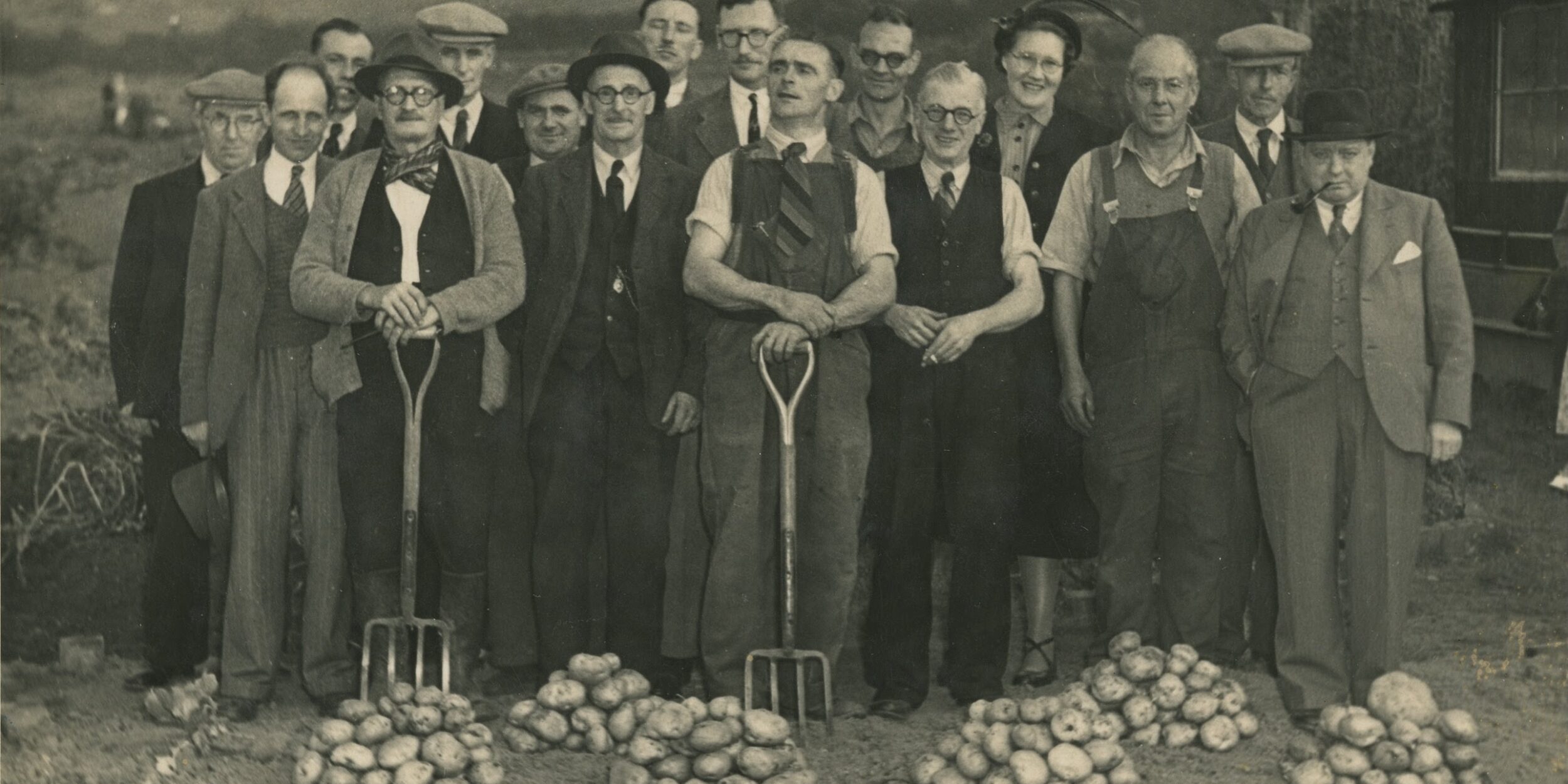 Potatoes in the Garden Museum’s Collection and Archive

We had a look through our Collection and Archive, to see what we could find to share about potatoes. Potatoes have been a popular crop for growing in home gardens and allotments for a long time. We’ve uncovered photographs of people growing potatoes, potatoes depicted in a children’s television programme as well as guides on how to grow them. Our archive of Elphick’s Seeds catalogues in particular shows us just how important potatoes were in the growing season as they are featured in every one. You can find out more about the Elphick’s Archive in our latest Garden Museum Journal.

Elphick & Son Ltd was a company based in Lewes, Sussex, which sold seeds and other horticultural supplies from 1823 to 2002. Elphick’s produced catalogues which listed the products they sold. Seed potatoes (a potato that has been grown to be replanted to produce a potato crop) and ‘Elphick’s Special Potato Manure’ feature in almost every catalogue, and in later years a potato planter tool was also advertised. Sometimes the catalogues gave advice on how to grow potatoes, especially during World War Two as part of the Dig for Victory campaign. From 1932 onwards, Elphick’s ran an Annual Show with prizes for the best produce grown from Elphick’s seeds, and there was a category for potatoes. 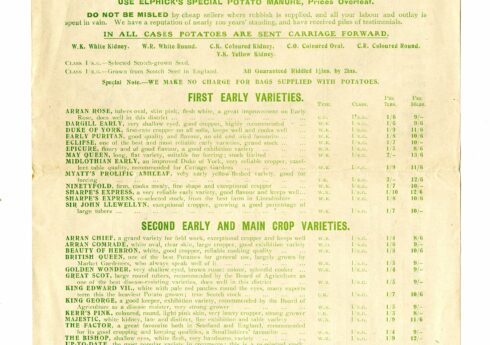 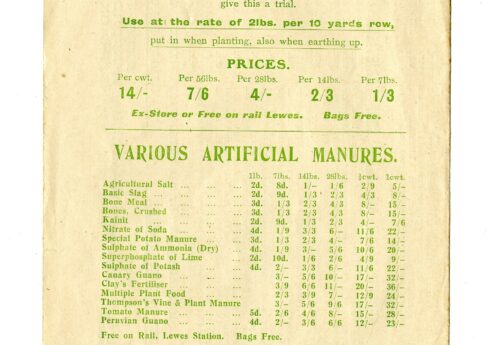 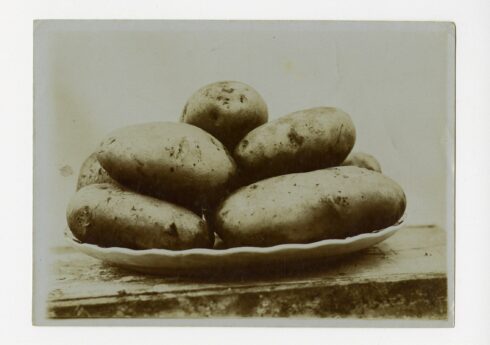 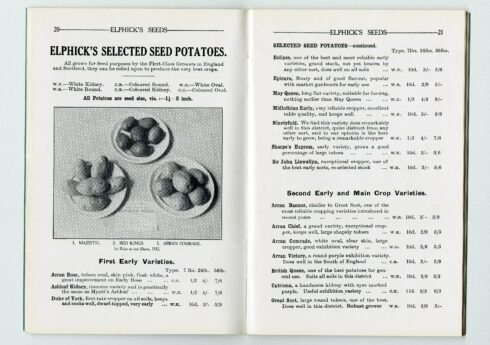 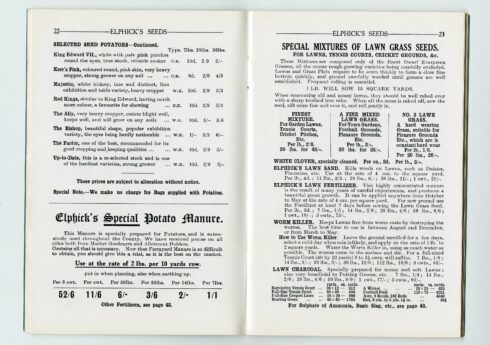 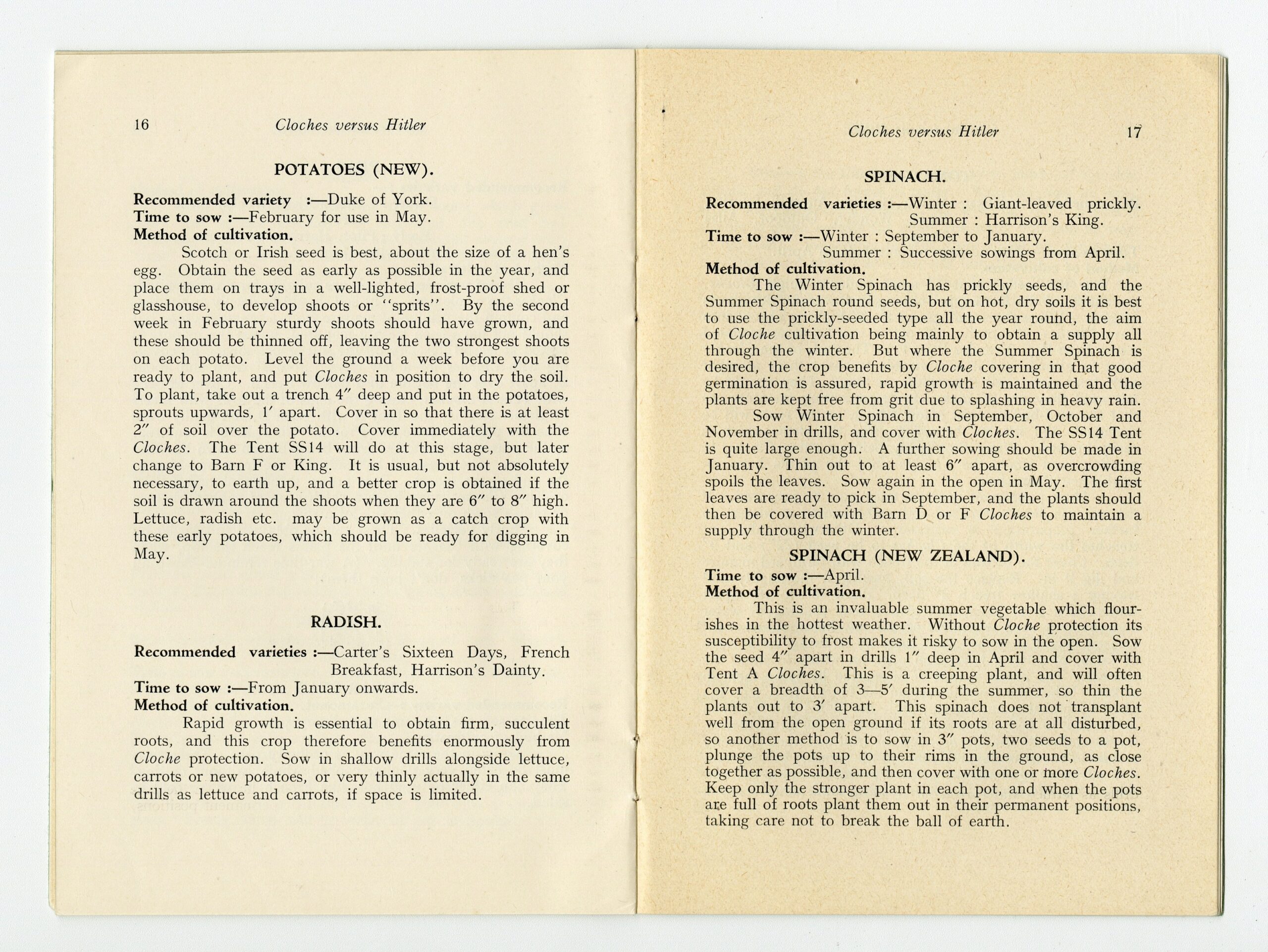 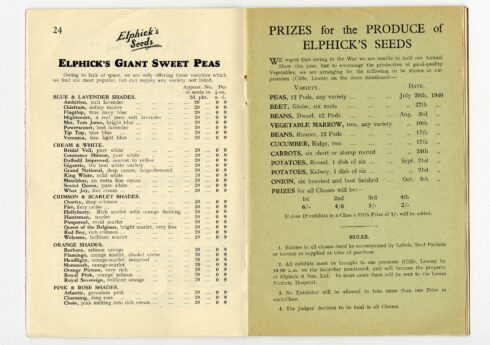 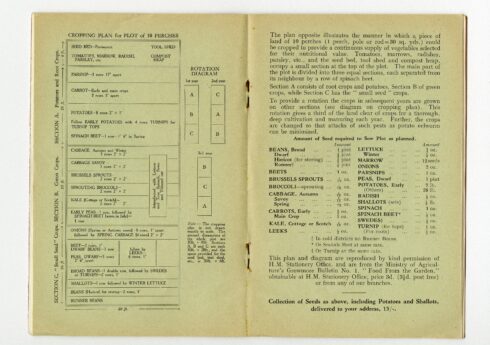 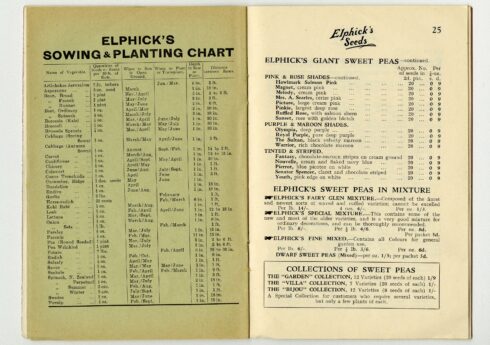 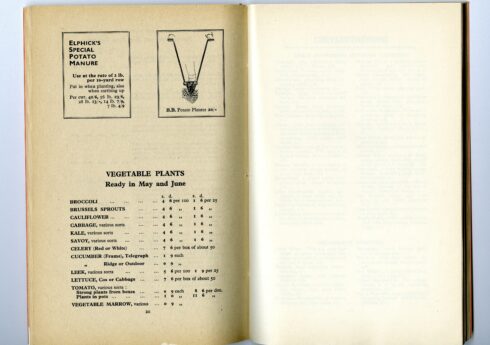