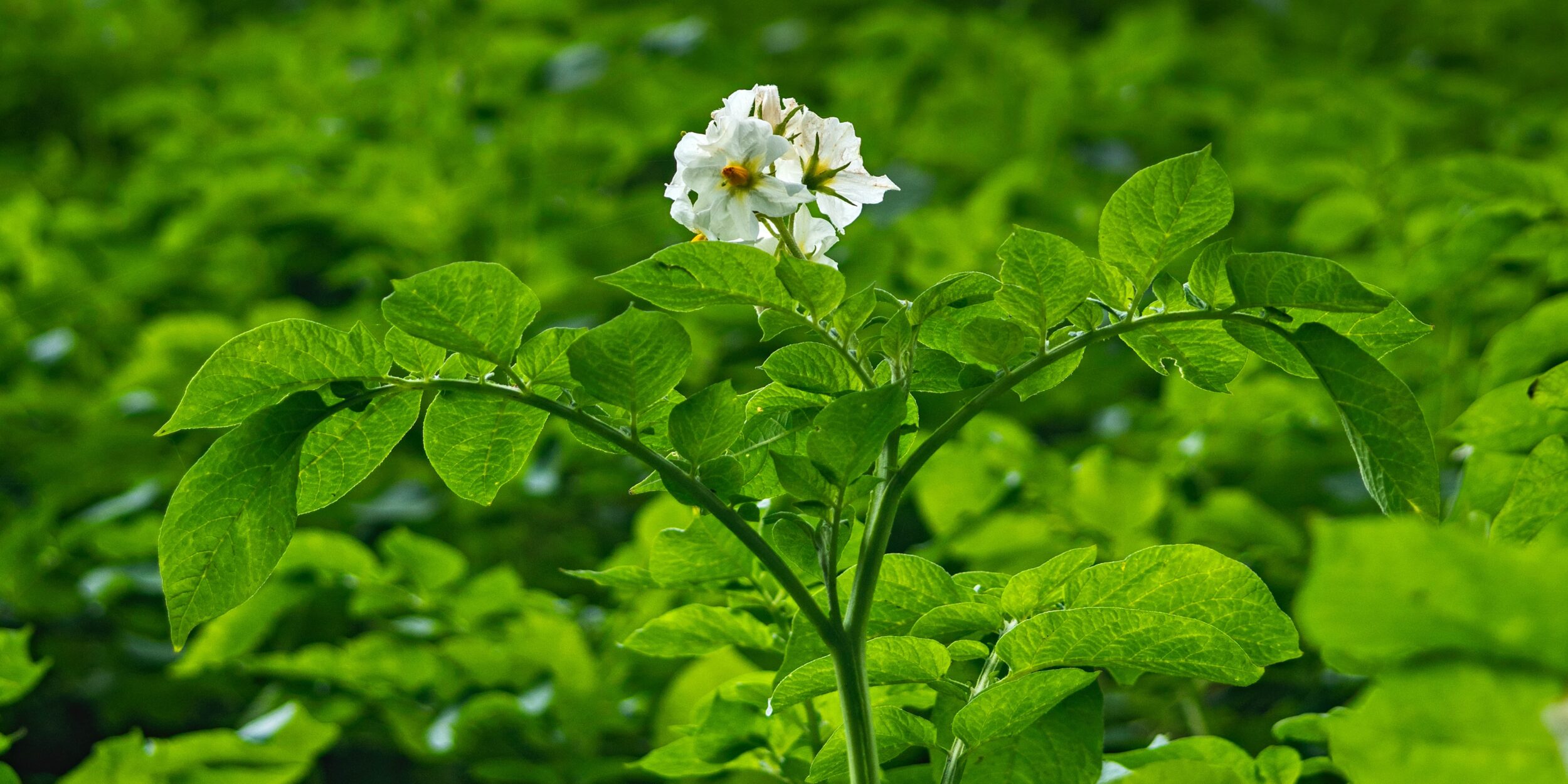 Interesting facts and science behind the potato plant.

• Botanically the potato plant is a dicotyledon in the family Solanaceae which includes the fruits tomatoes, sweet and hot peppers and aubergines which are all used as vegetables. The potato plant occasionally produces berries, the seeds of which (true seeds) are used in breeding. The tubers develop from underground stolons (shoots) by which they remain attached to the mother plant. Commercially propagation is achieved by seed potatoes, whole tubers, or parts of a tuber cut in pieces which must include at least one bud or eye.
• The modern potato is Solanum tuberosum L., of which two subspecies have become differentiated, ssp andigena is the typical Andean form still grown in South America and spp. Tuberosum which has been developed during the last few centuries in Europe. 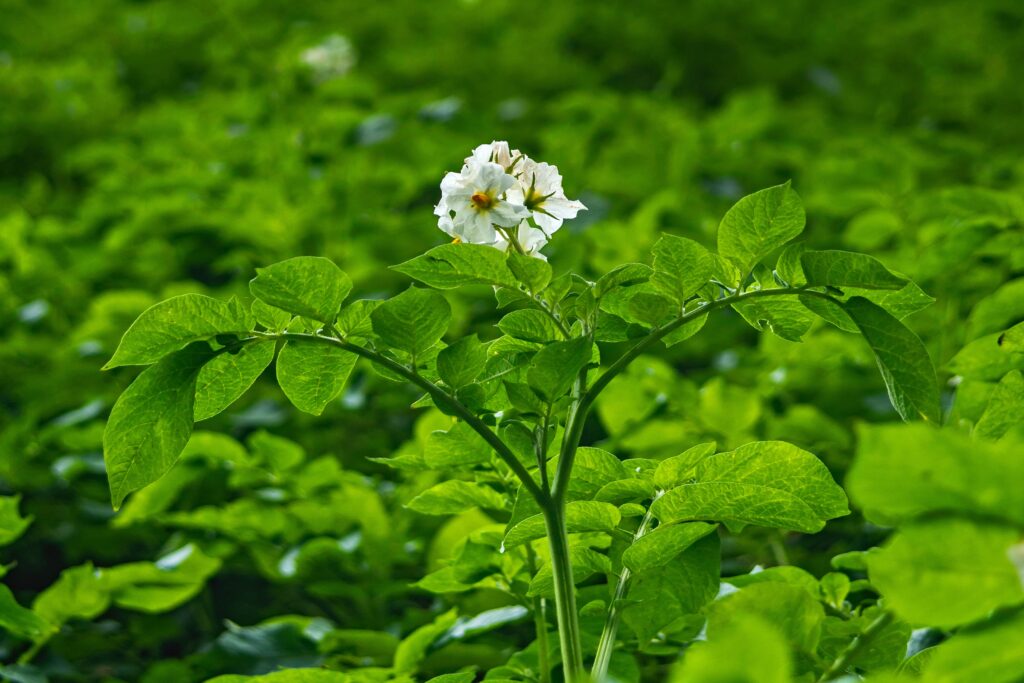 • The genus Solanum apart from the potato includes tobacco and the deadly nightshade, Atropa belladonna and other poisonous plants. Due to the presence of an alkaloid called solanin, the fruit and leaves are poisonous and should not be consumed. There are a number of different alkaloids produced, as a result of secondary metabolism and is a natural defence mechanism of the plant against hungry pests.
• Greening of the skin of tubers and underlying flesh results from the exposure to light which may have occurred either in the field if tubers project above the soil or after harvest especially if washed tubers are displayed in brightly lit shops. There is a difference in the pattern of greening depending on where the exposure took place. Pre-harvest greening manifests itself as intense greening on the part of the tuber exposed to sunlight for several weeks whereas post-harvest greening (sometimes called ‘lightburn’) tends to be more diffuse, often affecting the entire tuber surface. The greening is due to the plant pigment is chlorophyll found naturally in all green plants and essential for photosynthesis to occur. Chlorophyll is tasteless and non-toxic but solanin may also develop which would cause a bitter taste and detrimental to health if consumed in large quantities. The susceptibility to greening varies with maturity, immature tubers more prone and cultivar, pale skinned varieties generally more susceptible than red and russet varieties. Temperature also exerts an effect as does wavelength and intensity of light coupled with duration. Investigations have revealed that repeated exposure to light has a cumulative effect so that if potatoes have received significant amounts of light during harvesting, handling and storage may turn green comparatively rapidly in retail displays. 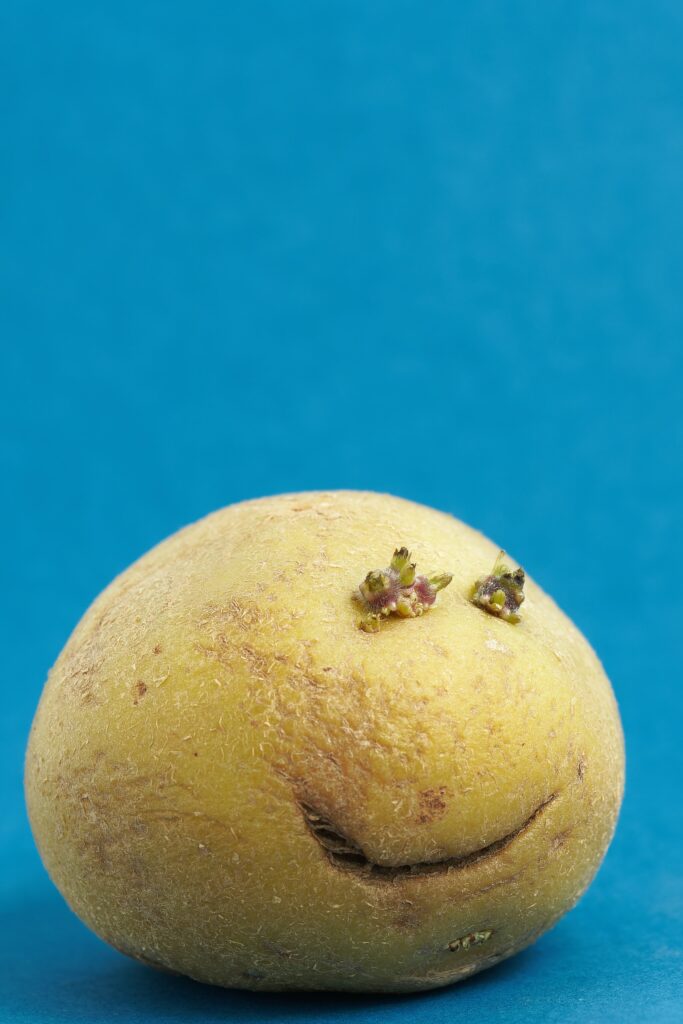 As potato tubers are the storage organs they have a propensity for regrowth in the form of shoots commonly referred to as sprouts. If the tubers are used for seed then a limited degree of sprouting called chitting is needed before planting. However if being sold for consumption then this would lower the quality and be classed as a market disorder. After harvest all potatoes have a period of dormancy called ‘endodormancy’ where the tubers don’t sprout even if conditions are prevalent for it to occur and can last several weeks. If sprouting occurs during shipment and storage it leads to moisture loss leaving tubers soft, flabby with a susceptibility to internal bruising and irreversible sweetening over time. Sprouting can be controlled for as long as eight months by storage at 4C to 5C and /or using sprout suppressant chemicals which are either applied to the growing crop just before harvest or dusting or fogging the harvested tubers. 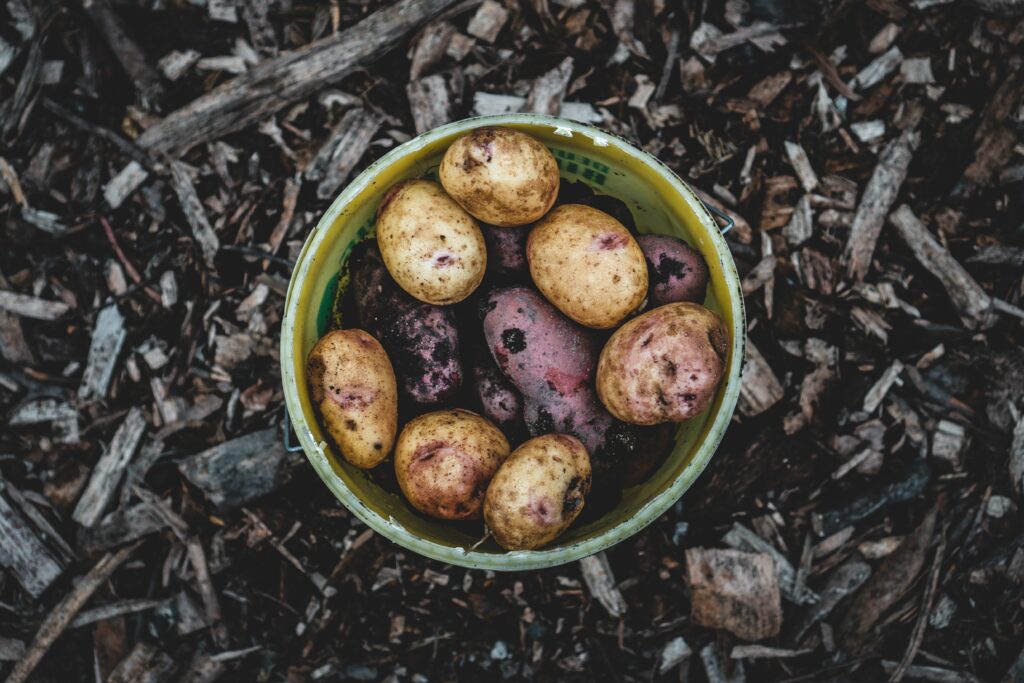 • The potato had its origin in the high Andes of Peru, where it has been under cultivation for over seven thousand years. The wild potato tubers are generally bitter tasting and potentially toxic and the first stage in the evolution of the crop must have been the recognition and selection of less bitter types. The remains of potatoes have been found in deposits in Chilca canyon south of Lima dating from around 4000 BC.
• The potato was widely cultivated in Inca times, AD 1400 and they developed a product called chuno, a naturally freeze- dried potato, which is still eaten today. Chuno is made by slicing potatoes or keeping them whole and then placing them in the dry mountain air.
• The date of the potato’s introduction to Europe is believed to be around 1580.The unrelated lowland root crop now known as the sweet potato Ipomoea batatas had been called ‘batata’ or ‘patata’ in it’s Caribbean homeland and this word became ‘potato’ in English.
• New potatoes are harvested when the halum, the stem and foliage, is still green and the tubers are immature. The tubers have a thin and delicate skin and are sold as ‘new potatoes’ or ‘scrapers’ and are a premium product. If potatoes are left in the ground until the halum has died down or deliberately killed off chemically they develop a set skin which cannot be removed except by peeling.