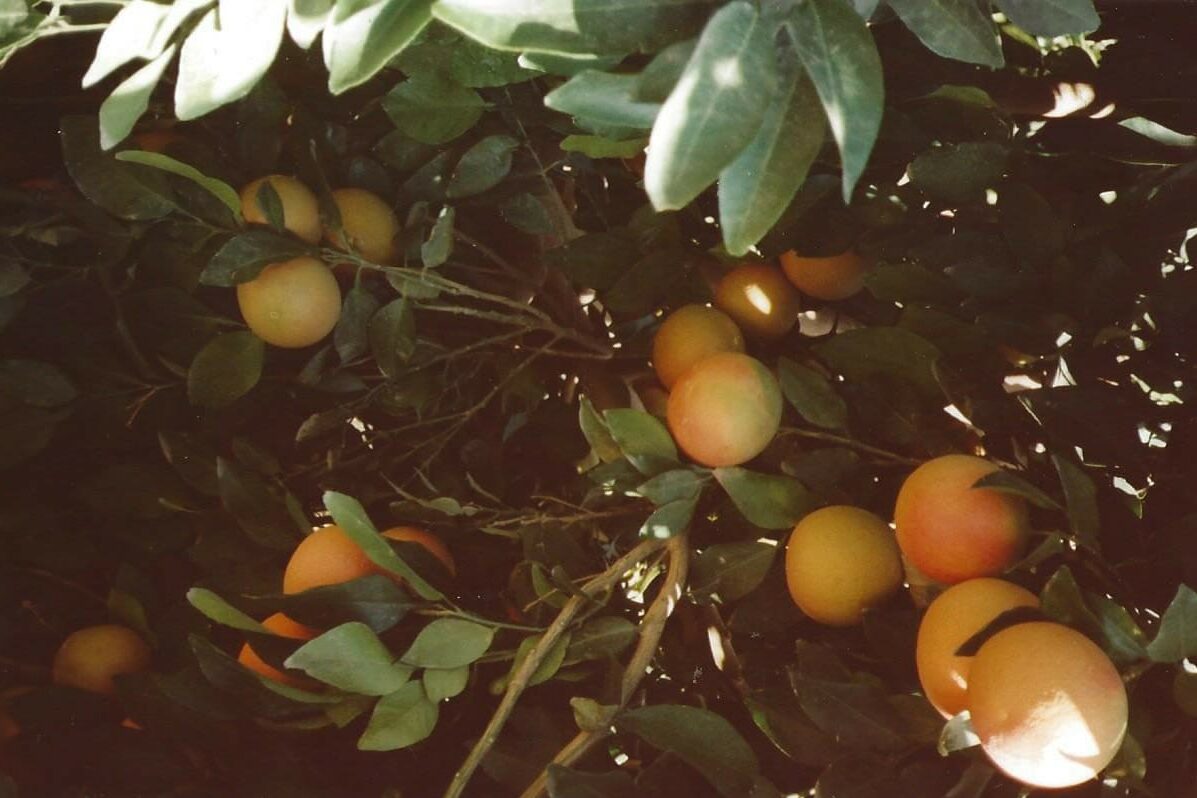 Our top 10 citrus science facts to amaze your family and friends with over the Christmas holidays.

1. The sweet orange has the Latin name of Citrus sinensis and originated between south west China and North- east India and has been cultivated in China for several thousand years. It was spread across the Middle East from China by Arab traders and it was first cultivated in the Mediterranean area around 1450. 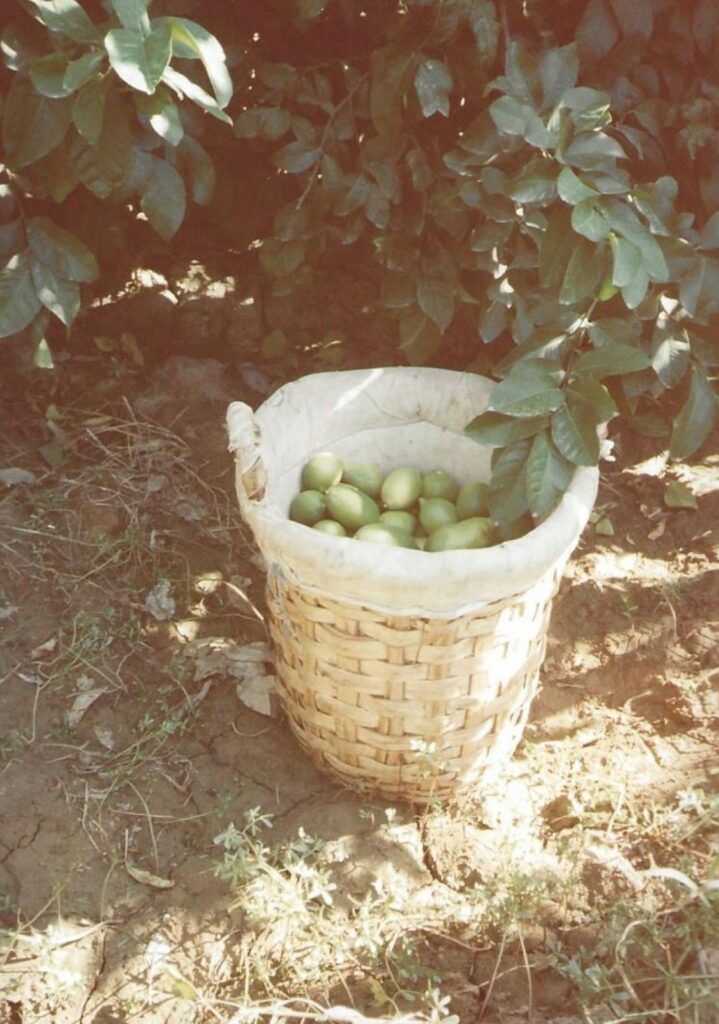 2. Did you know that genus Citrus is actually a special type of berry composed of segments filled with juice sacs!

3. When you next peel an orange you will notice white spongy tissue covering the segments this is called albedo. The coloured layer is called the flavedo and has the oil glands which release the characteristic aroma. The outer waxy coating has many natural openings called stomata and all these various layers make up the peel or rind.

4. Investigate oranges, clementine or satsumas in your fruit bowl and you will see that they will not ripen over time like bananas, mangoes or pears. This is because they are called non-climacteric fruits as they don’t have any starch reserves so they have to stay on the plant until they are suitable to eat. As the fruits mature on the tree the pulp becomes juicy and sweet or acidic in lemons and limes. A juicy fact to know is that the heavier the orange the juicer it is! 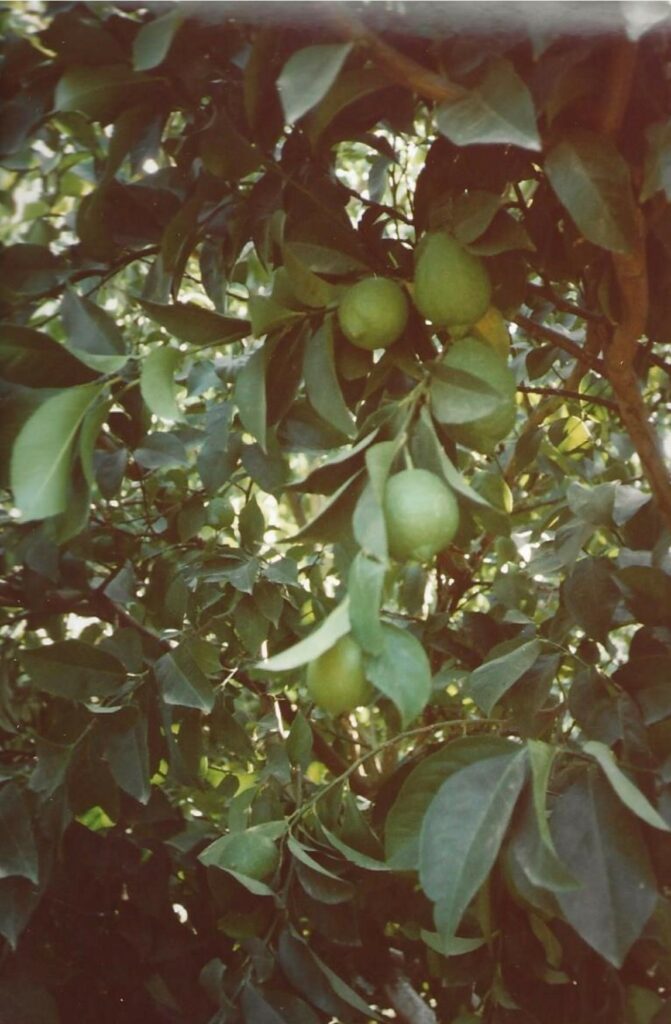 5. Sweet oranges are placed into different groups: Navel, common oranges, pigmented oranges and acidless or sugar oranges. If you have drunk freshly squeezed orange juice then it is probably from the orange variety Valencia which is famous for being the juiciest and sweetest. Interestingly the variety is not of Spanish origin. It became of interest in the Azores and is of Portuguese origin. If you buy bottled freshly squeezed juice you can be sure that the juice will not be from a Navel variety, since Navel oranges are bitter when juiced. What causes the bitterness you may ask? A chemical is released called limonin which, while present at a low level it is extremely bitter and you would be able to detect it immediately when you took a gulp!

6. If someone gives you a ‘blood’ orange to eat don’t worry you won’t find real blood inside! Though if you juiced them you would get a glass of red juice that you could convince your friends it was blood and you had become a vampire. The redness is due to the presence of a natural red pigment called anthocyanin which is also found in red grapes and berries. Sometimes blood oranges have a reddish tint on the rind but read the labels and look out for ones called Sanguigna/Sanguinella, Moro and Tarocco to get your fix of blood.

7. Over the Christmas holidays have a look in your fruit bowl and you are likely to see some smaller orange coloured citrus fruits these are clementines and satsumas which have the Latin name Citrus reticulata and Citrus unshiu and are called ‘soft citrus’.

Have a go at telling them apart. You will find that clementines have a dark orange colour and are very bright and when you peel them to eat you may find a few seeds. The peel will be quite closely attached to the flesh and require a little bit of an effort to peel. There is an old tale that the name clementine comes from the name of Father Clement Rodier who discovered it in the garden of an orphanage in Algeria. Though research has shown that it is identical to a variety called the Canton mandarin grown in Guangdong region of China. Satsumas on the other hand are the easiest of the citrus fruits to peel as the outer rind is puffy and more loosely attached to the flesh, a paler orange in colour and are usually seedless. A juicy fact to know is that the UK is the largest market for Satsumas in the world and in America both satsumas and clementines are often referred to as ‘zipper fruits’ because they are so easy to get into and great for small fingers so ideal for school lunch boxes and picnics. When the weather is warmer and you are enjoying a lovely picnic on the grass and spot some annoying ants coming for your lunch try scattering some citrus peel around you as this acts as an ant repellent! 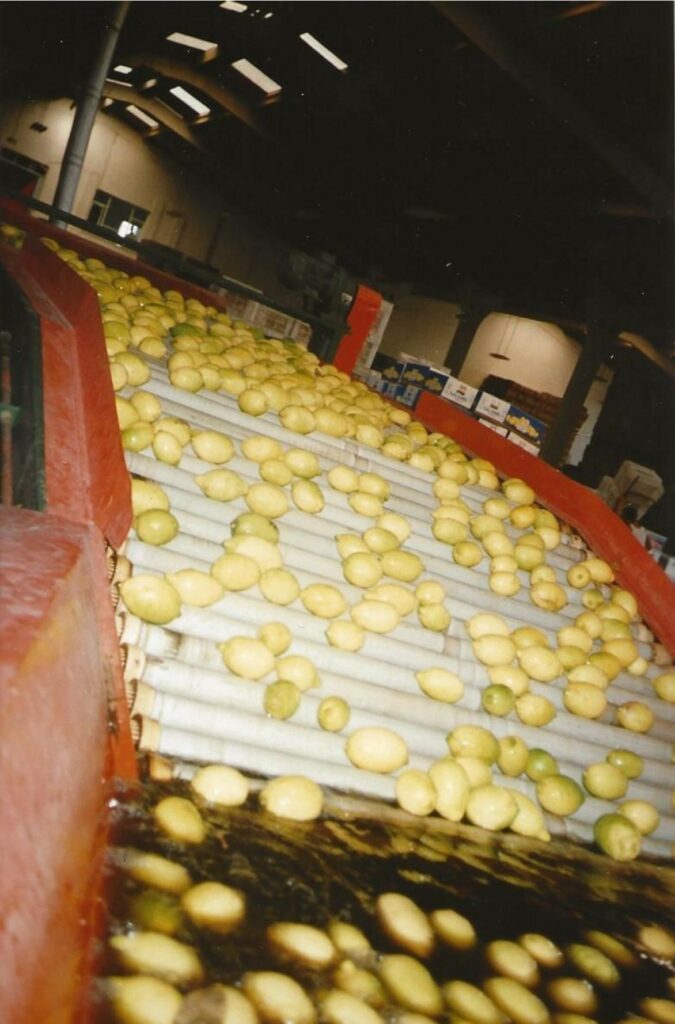 8. The lemon, Citrus limon, that you can buy in the shops now grown in the Mediterranean region originated in the Punjab region of Pakistan and India and were unknown to the Romans and first taken to the Mediterranean area, Spain by Arabs around AD1150. A juicy fact to know is that if you need to get a grass stain out of cotton clothing then simply add lemon juice to the stain; let it dry in the sun to be naturally bleached! Did you know that in some tropical countries they eat green lemons? What happens is that if night time temperatures are quite high, above 13C, the chlorophyll which is the plant pigment responsible for plants looking green, doesn’t break down so the outer skin stays green though inside the pulp is fine. Lemons are a dark green in colour when they grow and slowly become yellow as they mature. If you visit the Garden museum you will see that we have three lemon trees and for most of the year you will see the fruit is dark green and glossy and many people mistakenly think it is a lime tree. You will also see lemon blossom and fully formed fruit on the tree at the same time. This is because unlike other citrus species which bloom just once per year, lemons will produce a series of flowering flushes throughout the season.

9. If you like to make guacamole then you probably bought some limes from the shops. The lime, Latin name Citrus aurantifolia, has a more intense flavour than lemons and unlike lemons are seedless. They are grown under extremely hot climactic conditions in countries such as Mexico and Brazil and are always green! 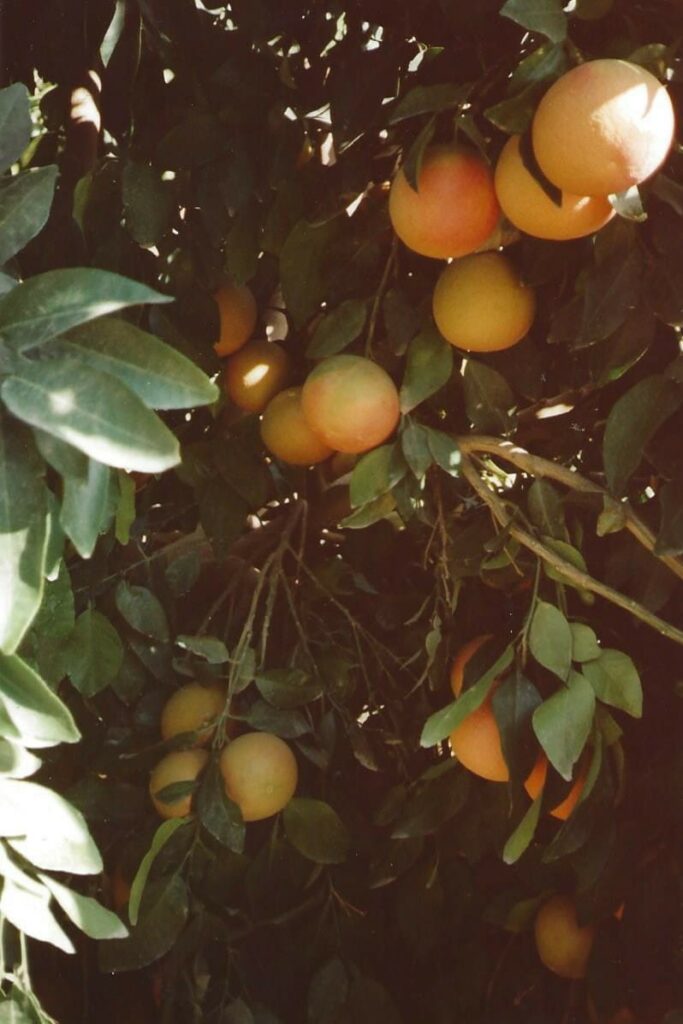 10. If you like to eat something tangy in the morning then try a grapefruit for breakfast. The Latin name for grapefruit is Citrus paradisi and it’s believed to have resulted from a cross between two different oranges in the 1700’s in Barbados in the West Indies. It was locally known as the ‘forbidden fruit’ and given the species name in 1830.But why call it Grapefruit you may well ask? This might be explained by the way the fruit grows in small clusters on the tree the way you find grapes in a bunch. If you decide to have one for breakfast when you cut it in half it could have a white flesh, pink or red! The pink ones have the sweetest flavour and in fact a grapefruit is 75% juice! Another juicy fact is that if you stored freshly squeezed grapefruit juice in the fridge it will retain 98% of its vitamin C for up to a week. So get juicing!

Now that we’re full up on science, here are few more fun facts to add into the mix!– Oranges were thought to be the only defensive against the Great plague and so people carried them around all the time. Later people made pomanders, oranges full of cloves, to carry around to smell fragrant in Elizabethan times.
– One Norfolk tradition was that if a man wanted to find his true love then he should put an orange, pricking the skin all over with a pin, under his armpit over night and the next morning give it to the lady he was in love with and if she ate it in front of him then the feeling was mutual!
– Folklore says that the origin of the recipe and word for marmalade was created by a doctor who was treating Mary, Queen of Scots for seasickness. The doctor crushed oranges and sugar together to give to the Queen and the Scottish ladies-in-waiting misheard ‘Marie est malade’ (French for ‘Mary is ill’) for ‘marmalade’. Whether it is historically accurate or not that’s a funny story to tell people in the holidays and help you with your French!