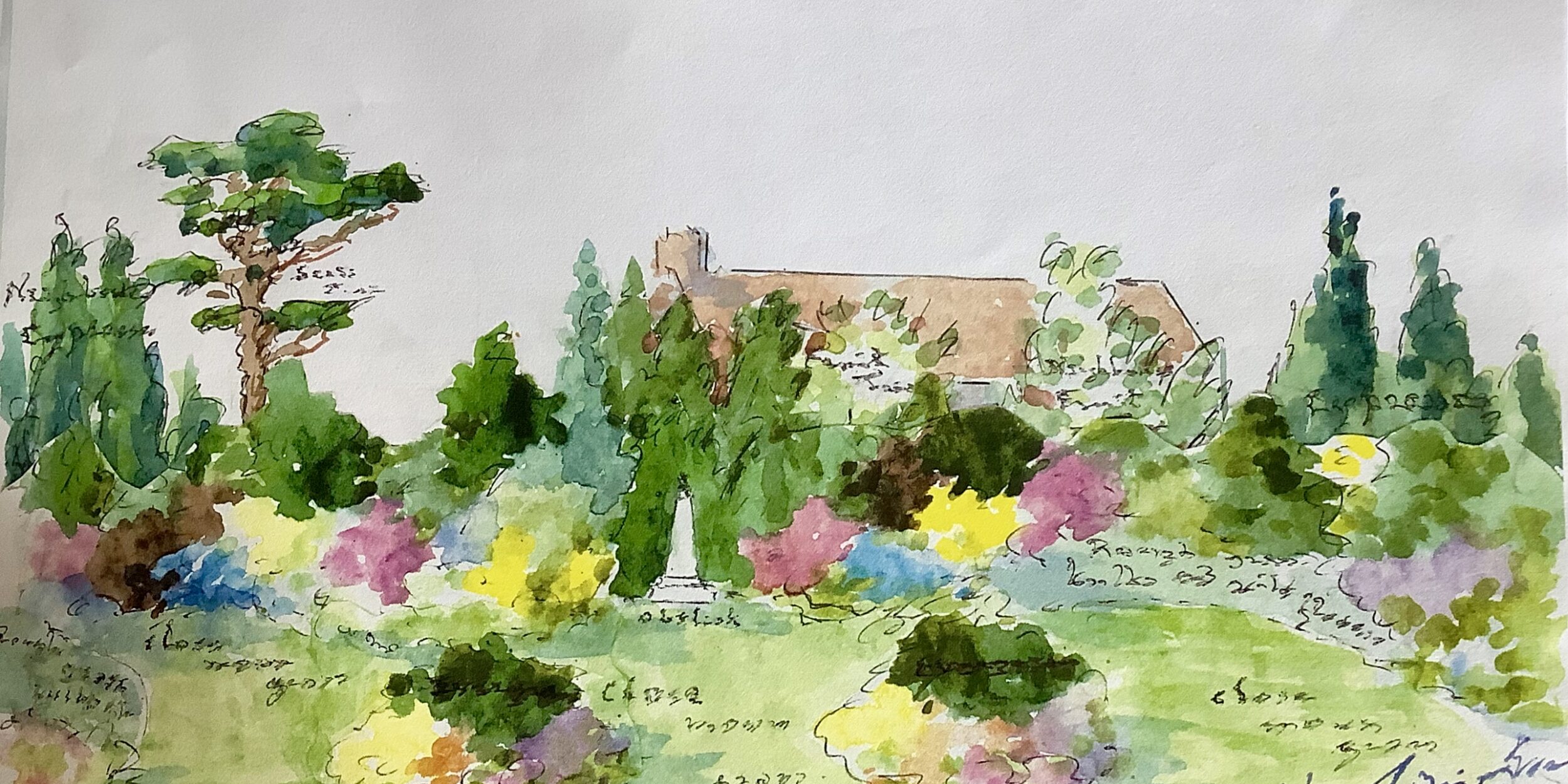 John Codrington designed gardens for over thirty years and was still working two months before his death in May 1991 when he was over 90. However, Jean Cornell is the first historian to study his contribution to garden design. To date, Jean has identified sixty of his gardens from published and unpublished sources. However, this is just the tip of the iceberg!

John started to design gardens as a hobby in his teens, but it was not until 1957 when he was 59 that he decided to d0 so professi0nally. As he remarked, there was nothing else he could do. His intention was to design gardens in and around London, but as he became ‘a much sought after designer’, his commissions extended throughout Britain and worldwide.

Before becoming a garden designer, John had a varied and interesting career. When he left Eton, he embarked on a twenty-year commission in the Coldstream Guards, serving in the Middle East and India. After this in 1936, he was recruited into the Intelligence Services where he remained until the end of the Second World War. spending time in France, Gibraltar and Algeria.

John had two lifelong interests that he used in his garden designs.  The first was a passion for wildflowers, which he recorded in Britain during the 1950s, and which he grew in his garden at Stone Cottage at Oakham in Rutland.  As he said, ‘My garden is not a normal, civilised garden.  It is a mad, wild jungle.  It bears about the same relationship to an ordinary garden as an unkempt gypsy would to a bowler-hatted, pin-striped gent.[1]  Today, he would not need to rush to put a label reading Anthricus sylvestris on a clump of cow parsley after he overheard a visitor remark, ‘I don’t think much of this garden, it’s all weeds’.[2]

Throughout his life, he also painted watercolours, which he never exhibited.  His paintings mostly recorded his worldwide travels and when he died his nephew inherited a collection of nearly 4,000 pictures.

Then when he started to design gardens, like Humphry Repton, he provided his clients with before-and-after drawings to show how their gardens could look.  Some also included a flap that could be pulled back. 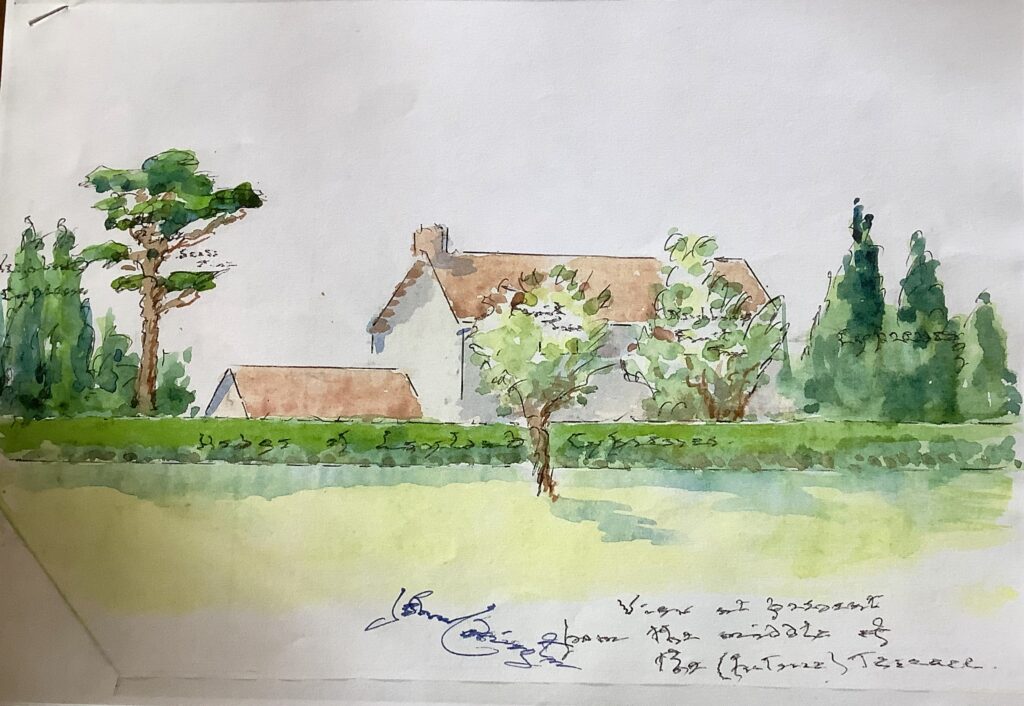 Projects Jean will share include the herb garden and The Paddock at Emmanuel College Cambridge; three gardens at Penshurst Place in Kent, including the sunken garden inspired by the Field of Cloth of Gold, and at St Mary’s Cloister in Lincoln Cathedral with plants associated with the Virgin Mary. Jean’s talk will be the first to shed light one of the most innovative gardening figures of his time.

On Tuesday 12 April, writer Jean Cornell shares the story of two painter-gardeners of the 1930s: Humphrey Waterfield and John Codrington. Tickets are available to attend in person or watch online.