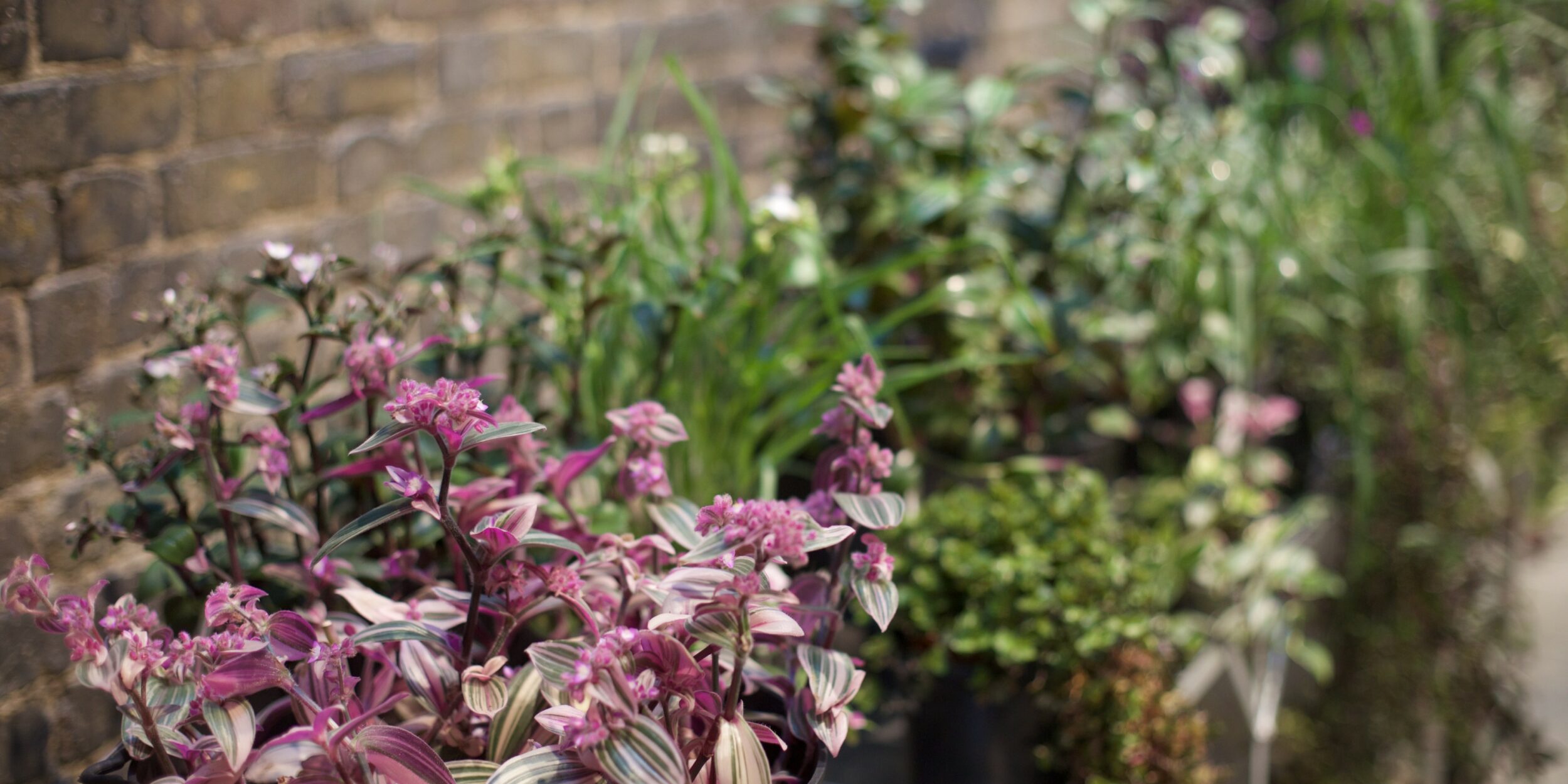 Home » News » Diary of a closed year: In pursuit of Tradescantia

Diary of a closed year: In pursuit of Tradescantia

I’m Elena and I’ve been working in the Museum’s Development team – oh, and making some films about sheds  – since June. The Director has allowed me to  hijack this edition of Diary of a Closed Year to talk about a small village in Essex that has a very special connection to the Garden Museum.

Canewdon,  near Southend,  is a village with many surprises.  It is host to an annual charity ‘teddy parachute’, when for five pounds you can see your beloved bear hurled off the tower of the ancient church of St Nicholas before gracefully descending to earth unscathed.

Sadly my visit did not coincide with this event but instead a team of friendly locals ferried me to and fro showing me the other sights and nearby villages surrounded by fields busy with late -summer combine harvesters.   It was a lovely day.

But what is the connection between Canewdon and the  Garden Museum?  It’s all about Tradescantia.  Tradescantia, otherwise known as spiderwort, is a familiar houseplant that comes in a number of varieties-almost everyone had one on their windowsill in the 1980s. What I didn’t know was that there are 75 varieties. The plant was named by Carl Linnaeus to honour the John Tradescants – Tradescant the Younger had introduced the Virginiana variety (from that American state)  to England in 1629.

Tradescantia is the specialist subject of one of the Garden Museum’s most long-standing and devoted supporters, 90-year-old Canewdon resident,  Ken Ralph.  Ken’s aim is to breed,  in his words, ‘Chelsea standard’ tradescantia for display at the reopening of the Garden  Museum and has involved the entire village in the effort including the local horticultural society.

I can attest to the scale of his endeavour: while drinking tea from Borneo  (where Ken worked  in the 1960s-his friends there  still post him tea!), it was hard to find space to put the mug down amongst the glasses, jars and pots of cuttings that covered every surface.  A sunny landing contains about a hundred more and the living room and his extraordinary greenhouse are packed to the brim with every variety of this colourful and varied species.  Ken’s house, in other words, is the embodiment of his long-standing passion for this plant and the Garden Museum.

Before I visited Canewdon for the first time, Ken tested me with a horticultural pop quiz (a daunting proposition for an art-historian!):  ‘Do you know who Carl Linnaeus is? (Yes (phew)), ‘If I asked you to get me a brassica oleracea, what would you bring me? (Some kind of cabbage? Yes! Well done!). I didn’t know then that I was being quizzed by a former Wisley student and gardener at Windsor castle, or indeed a man who knew the flora of Borneo inside-out.  All I knew was that he was breeding tradescantia for the Museum’s opening display and that he had got his whole village involved.

Ken is not just a setter of challenging quizzes but also a great teacher-his post horticultural career was, after all, as a school teacher : his subject was rural studies (our conversations were peppered with interjections about that robin over there or the cabbage white fluttering over the buddleia, Ken pointing out with wonder the things a Londoner like me would likely miss).  My morning in Ken’s living room, surrounded by books and pamphlets on the Tradescants and botanical dictionaries was a real education, especially as I only started working at the Museum three months ago , though  I confess I may not be able to remember all the Latin names for the various species of tradescantia.

My favourite thing about my new job are the many conversations I have with Garden Museum supporters, like Ken.  Ken will be the next star of our series of films about sheds  (Ken’s shed is more of a greenhouse, but it’s an aladdin’s cave of tradescantia, succulents and other exotic  species and far too good to miss out). The filming will be an opportunity to talk again with him and the other Canewdon residents.  Linnaeus and the Tradescants will certainly be the hot conversation topics and a test on all those Latin names will probably be on the cards.  Better go and swot up then.

A display of Ken’s tradescantia will be on display at the Garden Museum at its reopening in Spring 2017.  Our first film in the series on sheds featuring Aid Worker Emma Diggle at her London allotment can be viewed here.