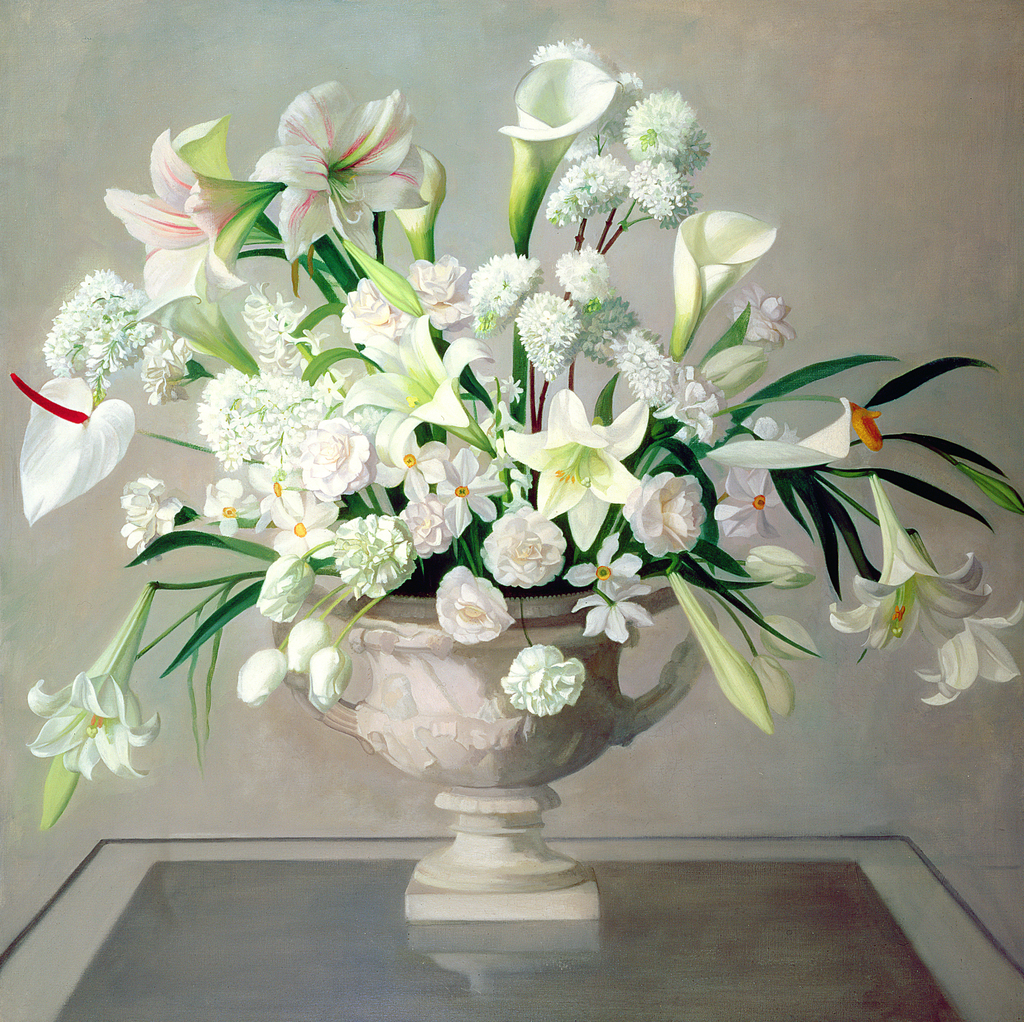 Home » News » Have you seen Chromatic in your attic? The search for a Gluck painting

Have you seen Chromatic in your attic? The search for a Gluck painting

For a number of years now myself and guest curator, Shane Connolly have been working on our next exhibition Constance Spry and the Fashion for Flowers, due to open April – September this year. We have very kindly been given exclusive access to the RHS’s archive and will be showing many photographs and documents that have never been seen before. Shane has uncovered many exciting pieces in both private and public collections that belonged to Spry and her flower studio and we will be bringing these together into an exhibition designed by Robin Lucas.

Throughout the 1920s Constance Spry, a keen gardener and knowledgeable plantswoman would take a break from her demanding job as headmistress at Homerton School to arrange flowers for dinner parties for friends and acquaintances. Always uninspired by small regimented vases of flowers dotted around a room she developed a style of decoration that focused on big finely composed displays that formed a focal point and enhanced a room. In 1927, the show business entrepreneur Sidney Bernstein visited her garden and was enthralled by its wildness and sheer richness of planting. He was bored by the uninspiring flowers his West End florist provided and commissioned her to provide flowers for his cinema chain Granada. At the same lunch party the designer Norman Wilkinson persuaded Spry to supply flower backdrops for the windows of Atkinson’s perfumery shop on Bond Street that he was redesigning. This lunch party propelled Spry from hobbyist arranger to a professional floral decorator. Unconfined by traditional floristry training Spry used unusual and specialist plants from her garden, unconventional offerings from hedgerows and scoured Covent Garden flower market for statement flowers.

In 1932, Spry’s friend Prudence Maufe commissioned a flower display from her to celebrate the completion of the artist Gluck’s new art studio. She wrote to Gluck ‘I think she has a genius for flowers and you have a genius for paint, so that ought to make for happiness.’ Gluck endeavoured to paint the arrangement and over several months had the display reworked each time it wilted. Chromatic, the resulting painting illustrates how Gluck was greatly influenced by Spry’s original arrangement. Constance had an honest appreciation for Gluck’s artwork and a relationship developed between them.

Following this first in-depth study of Spry’s work Gluck painted a significant number of flower paintings which illustrate her arrangements. In Gluck, Spry also found someone who admired her flower arranging as an art form in itself. They shared an interest in the nature and characteristics of flowers, colour and composition and regularly toured the country together visiting gardens. Spry would collect cuttings and seeds, making garden notes for her books whilst Gluck sketched and worked on pieces for her exhibitions. Spry and Gluck developed a close and personal relationship and had an adoring affair. As an indication of their adoration for each other Gluck gave Spry one of her most important paintings Flora’s Cloak, a painting of Flora which hung at various times in Spry’s shop and her home. This painting on loan from the Tate will be in our forthcoming exhibition.

Spry and Gluck worked independently in very different genres but their output was part of a collaborative decorative movement that revolutionised interior design. Spry produced flowers designs to complete the rooms of many of the most important interior designers of the age such as Norman Wilkinson and Oliver Hill and Syrie Maugham. Gluck’s bespoke frames resolved the issue of showing paintings in a modern décor, especially complimenting and enhancing Maugham’s all-white interiors. Whilst Gluck’s 1932 Fine Art Society exhibition with its carefully designed ‘Gluck room’ consisting of panelled bays and pilasters and the addition of Spry’s flower decorations and her own flower paintings elevated the temporary art exhibition to new levels. Chromatic, was the centrepiece to this ground breaking exhibition.

In his research on Constance Spry Shane Connolly has tracked down many important loans for the exhibition that will bring Spry and her work to life. However, Gluck’s painting Chromatic has thus far proved elusive. Being a curator can sometimes involve becoming an amateur detective and Shane is now launching a countrywide search for the painting. We would be thrilled if the whereabouts of this work is finally revealed so that we can include it in the exhibition.