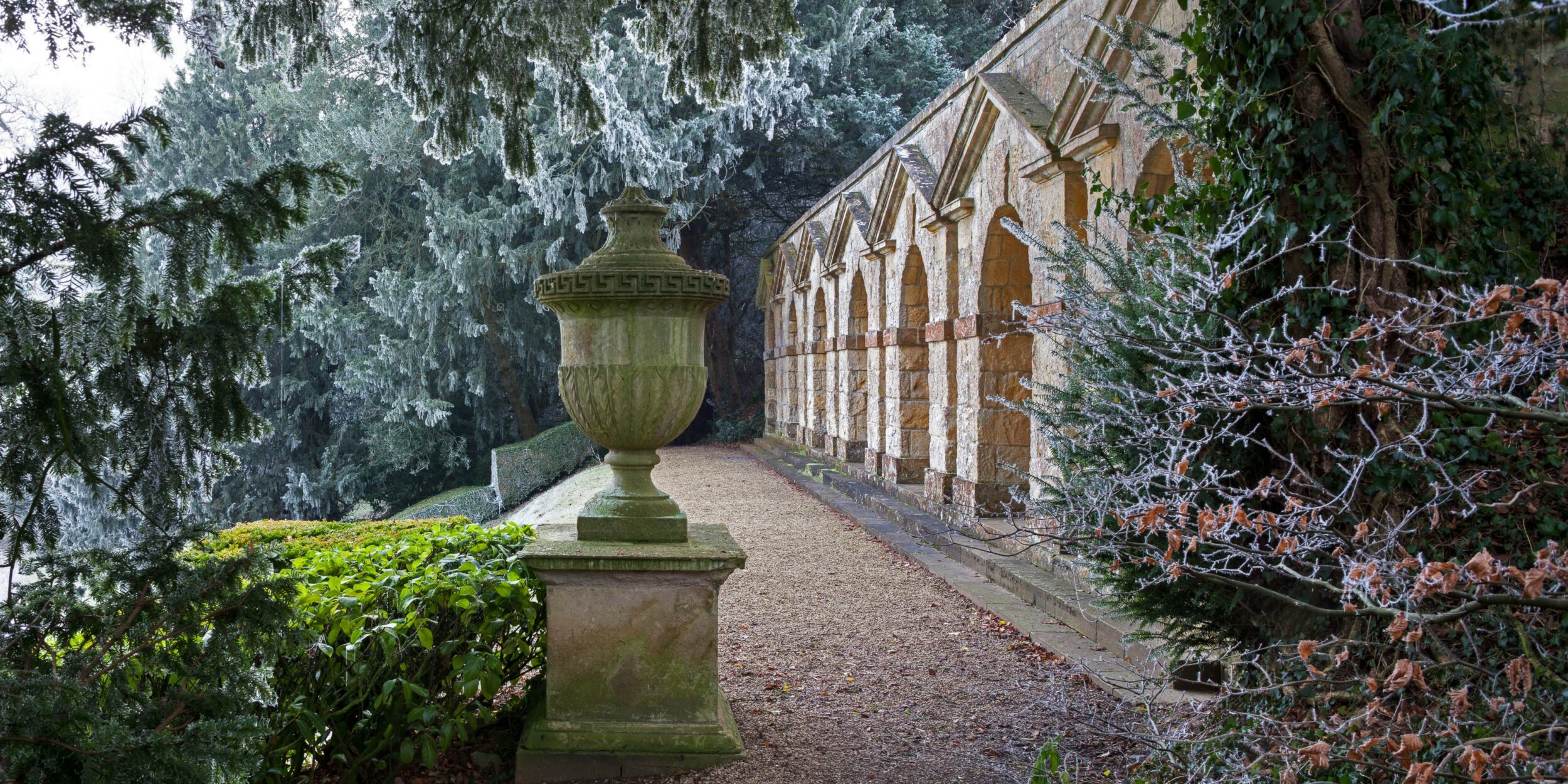 Home » News » Gardens of Rousham: An extract by Tom Stuart-Smith

Gardens of Rousham: An extract by Tom Stuart-Smith

The following is an extract from an essay by garden designer Tom Stuart-Smith from the new book ‘Gardens of Rousham’, which celebrates the Francis Hamel’s paintings of Rousham House and Gardens. Francis has been living in the dairy at Rousham for over 20 years. Friends Tom and Francis will be in conversation at the Museum on Tuesday 12 October, 7pm, discussing what Rousham means to them both as a creative source, and 15 of Francis’ paintings picked by Tom will be on display for the night to illustrate the journey through the garden:

I first started visiting Rousham when I was studying to be a landscape architect in the early 1980’s. Some time later my sister, who knew I had become a devotee, suggested that I get in touch with her friends Frank and Rachel who had taken up a tenancy in some outbuildings there. My wife Sue and I went over, we met up and talked about the garden, and have been meeting up and talking about it ever since. It has become a rich vein in our lives, based on something of a ritual; a circuit of the garden, a little different every time, sometimes involving a meal, sometimes a swim, though we can’t claim to match Frank’s prowess in this department with his all-season plunging into the icy cold bath. Always at some point we return to ruminating on the meanings of the garden. 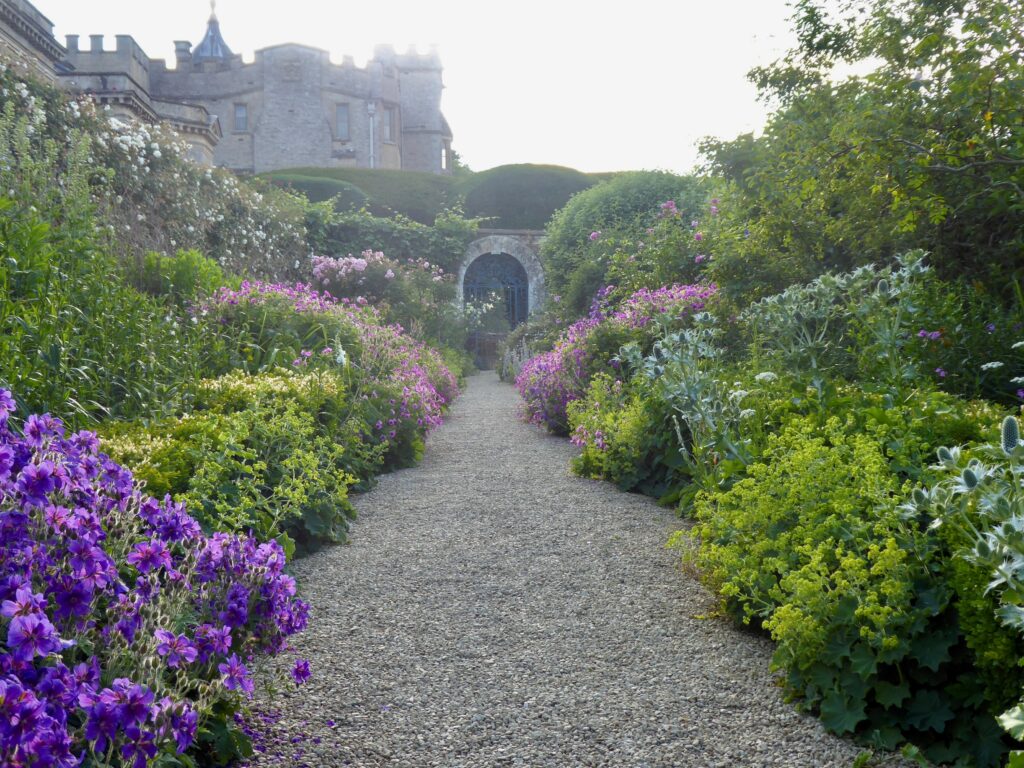 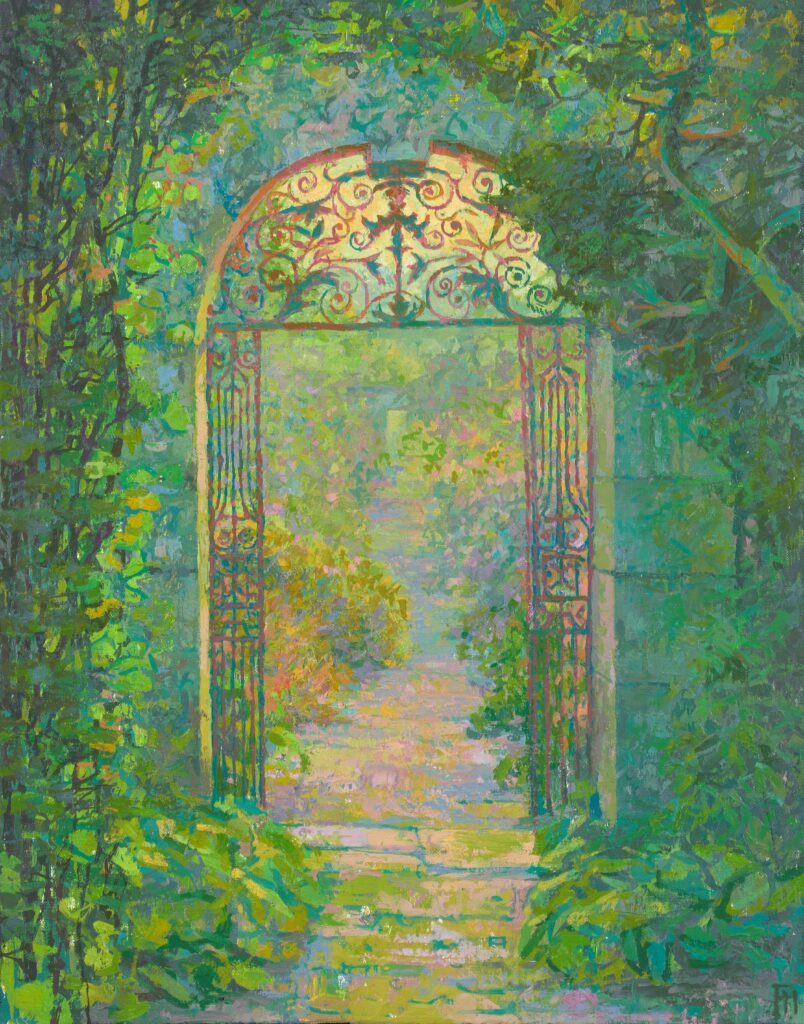 It may be a reflection on the state of my mind, but I found, for many years, before I knew the garden well, that it was easy to get lost at Rousham. This despite the structure of the garden being very defined and the extent really quite modest. This is because, although the garden is composed of a number of distinct set pieces, they are joined together by a tangly network of paths so there are often moments when you wonder just where you are, and I still find, that lost in some reverie or conversation, I look up and in a delicious moment of vertigo can’t get my bearings. 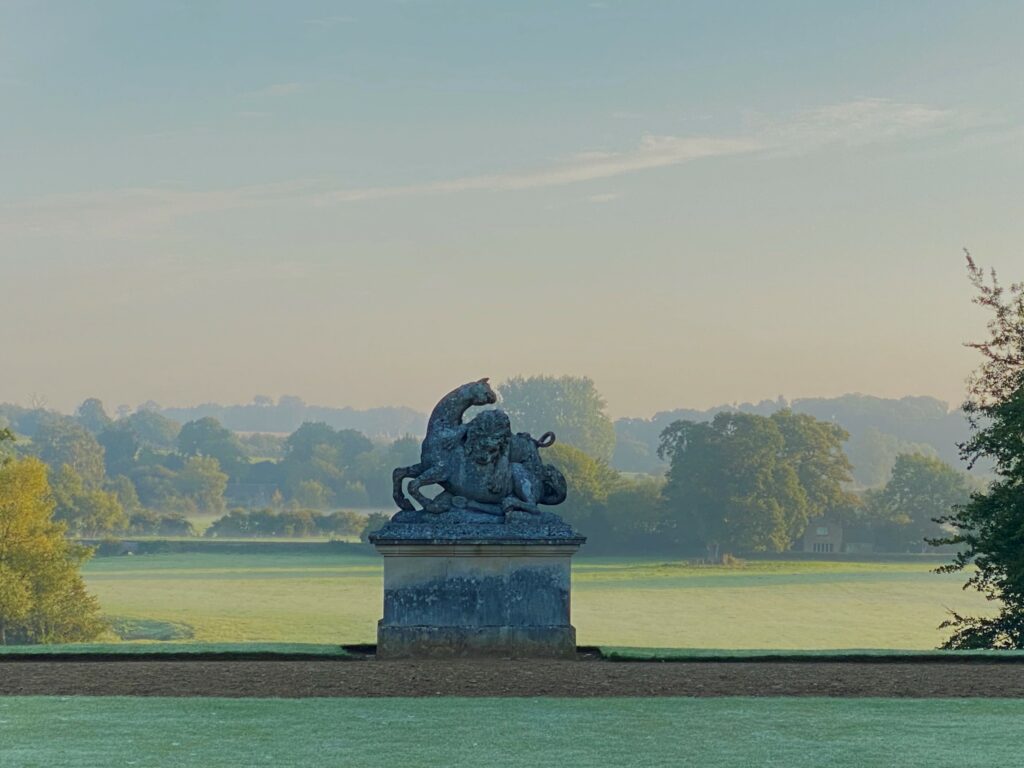 This wonderful tangle also means that you probably never repeat the same circuit around the garden and that knowledge of the place grows on you by a gradual accumulation. Hal Moggridge once calculated that there are more than a thousand different routes around the garden, so there are still many Rousham experiences to be had for most of us. I am happy to ignore the advice of Clary the gardener in 1740 who proposes that there is a correct way of seeing the garden – wandering as the mood takes you is part of the joy of the place.

With the exception of the Cottrell-Dormers [the family have lived at Rousham since 1635], Frank must now know this place as well as anyone, has looked at it more closely and in more different weathers, has probably explored every one of its thousand circuits and has plunged into its various waters in greater extremes of cold. This deep physical experience of the place is borne out in the paintings which cover such a great range of moods and weathers. Some of course are of the big moments, such as Venus’s Vale and Praeneste. But many show those sharp flashes of composition that you experience again as if for the first time. Often incidental and oblique, they suddenly come upon you. It is the sum of all the paintings that gives such a strong sense of the place. The eccentric corners, like the corridor between the walled garden and the big yew hedge on the front lawn, the more domestic moments such as the series of paintings of the crossroads in the Kitchen Garden, the occasional moment of bombast with the Lion and Horse, fore-square in front of the view and then by contrast, the shady, humid slopes down to the river.

Knowing of Frank’s early morning bathing ritual in the plunge pool by Persephone’s Cave, the painting of this seems to carry a special frisson. It captures the glassy frigidity of the place which always seems to be 5 degrees colder than anywhere else in the garden and the most untempting place for immersion I can think of. Only someone absolutely intent on imbibing the spirit of the place almost literally would subject themselves to this sort of torture.

Set this painting beside the Lion and the Horse and you have the two polar opposites of Rousham. The one, close and gloomy to the point of being almost subterranean, the other, blindingly bright, declamatory and open to a panorama of landscape. The garden brings together these two worlds in telling juxtaposition. The formal garden around the house is symmetrical and open, such that on a garish sort of day it can seem like a parade ground presided over by the sculpture (the Lion devouring a Horse) depicting a scene of very tasteless violence. The only other freestanding sculpture at the upper level is that of the Dying Gladiator above Praeneste.

The Gardens of Rousham book will be available to purchase from the Museum Shop at Tom and Francis’ talk on Tuesday 12 October, and a selection of Francis’ paintings will be on display: book tickets