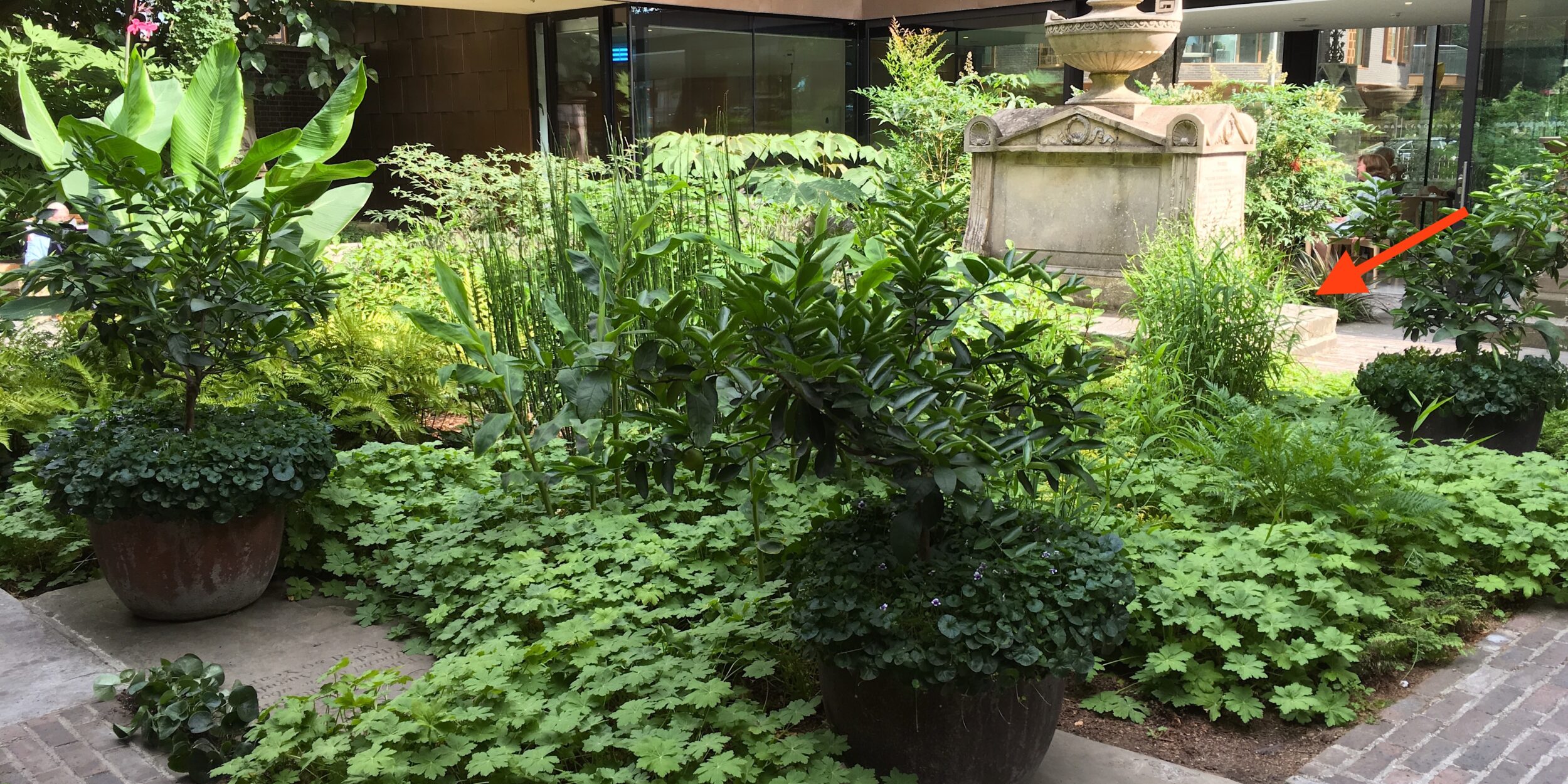 By Matt Collins, Head Gardener at the Garden Museum

Ornamental grasses are a common feature of contemporary garden design – from tall, elegant Miscanthus and Calamagrostis to low-growing Carex, Festuca and, as in our museum woodland garden, Japanese Hakonechloa. They’re most often grown for their attractive foliage; be it for structure, movement (when caught by the breeze) or autumn colour. Flowers, too – though the word associates uneasily with ‘grass’ – are an asset belonging to many varieties. Now in mid-summer one of our grasses, planted at the west end of the Sackler garden, is in ‘full flower’ and looking its best. This is the North American oat grass, Chasmanthium latifolium, commonly known as ‘Wood oats’. It is found growing naturally in central and eastern regions of the continent (as well as a small area of Canada), favouring terrain near river banks and woodland glades. 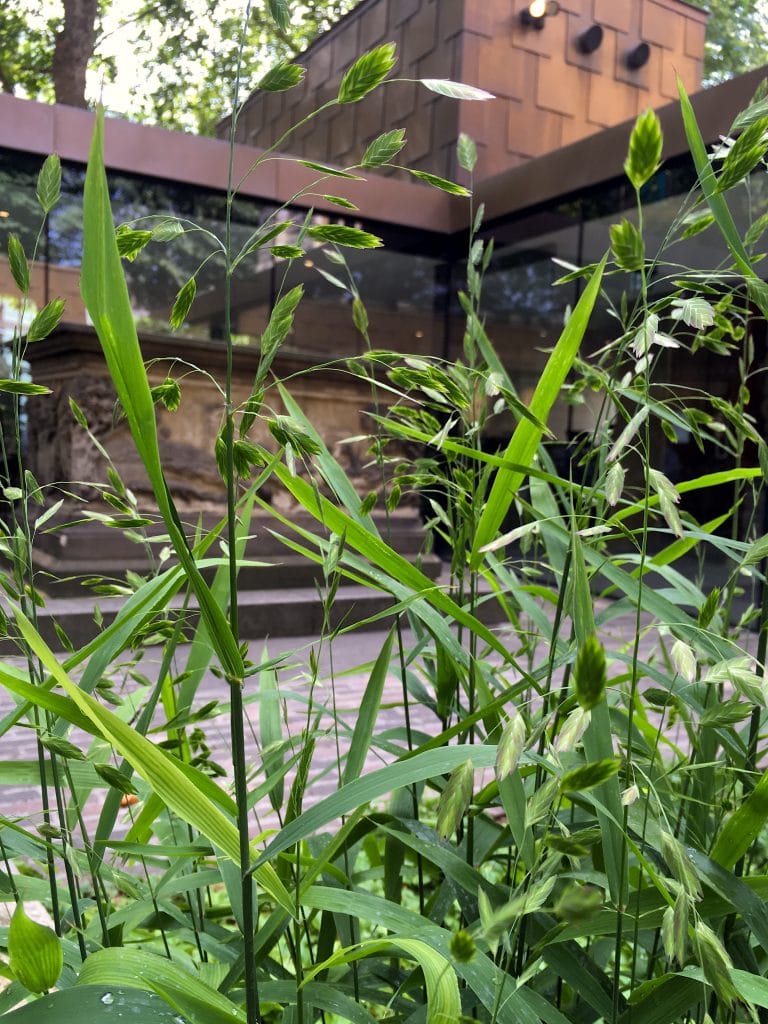 Like other species within the Poaceae family, such as ornamental garden stalwarts, Briza (‘Quaking grass’) and Deschampsia (‘Tussock grass’), Chasmanthium displays particularly attractive flowers in mid to late summer. These heads, known botanically as ‘spikelets’, are flat, rather than rounded; like wheat that has been rolled under a tractor tyre. The individual florets are lined at the edges with a faint, alluring crimson, something revealed only with closer inspection. As a herbaceous perennial, the rhizomatous clumps of oat grass we have in our Sackler courtyard garden are now in their second year, forming strong architectural displays from May through to late autumn. What I think makes them particularly noteworthy, however – as an ornamental grass – is the rarity of their form: they are sturdy yet distinctly ‘airy’. The flowers dangle lightly, unhidden between thin stalks and loose leaves. Later in the year the foliage will begin to turn and darken, but for the next month or so this grass makes a wonderful statement among the exotic foliage of the courtyard. 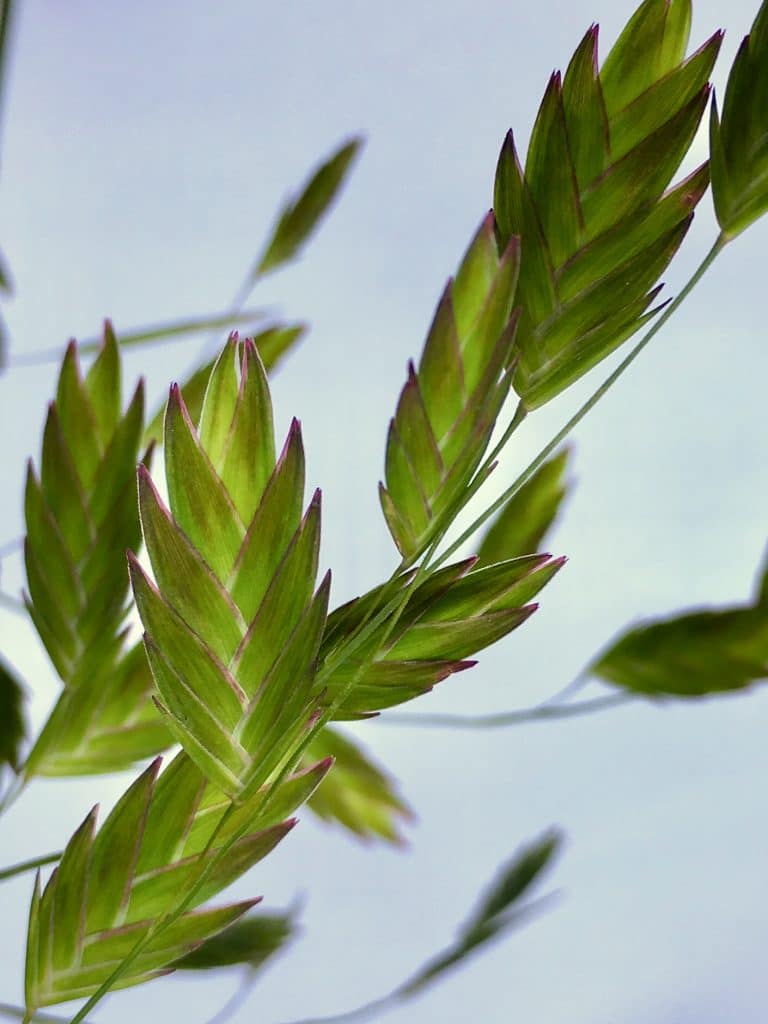