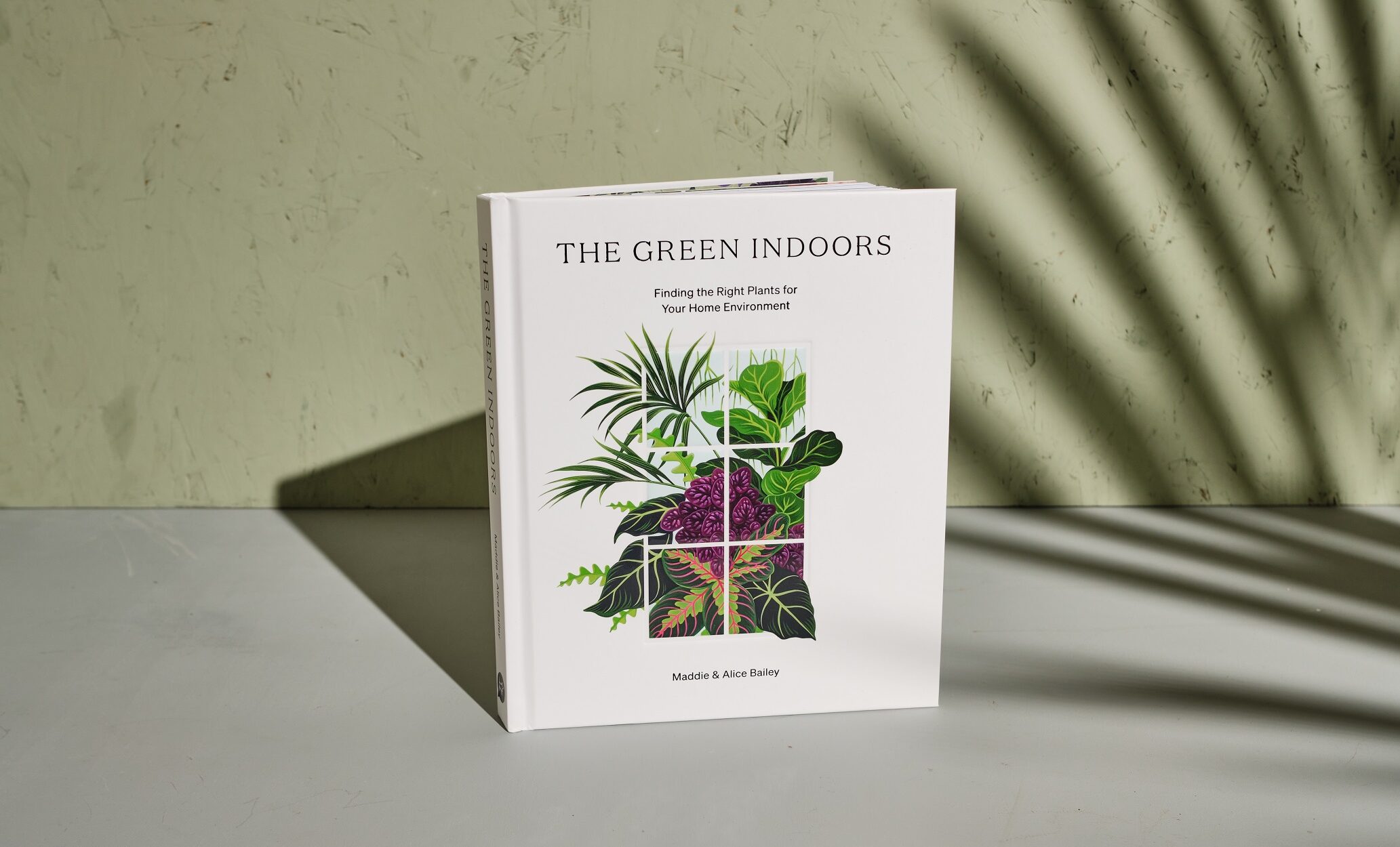 Ahead of their talk at the Houseplant Festival on 23 October, Maddie and Alice Bailey, founders of south London houseplant emporium Forest London, share some expertise from their book ‘The Green Indoors’ looking at how understanding the climates our houseplants originally come from can help us better care for them: 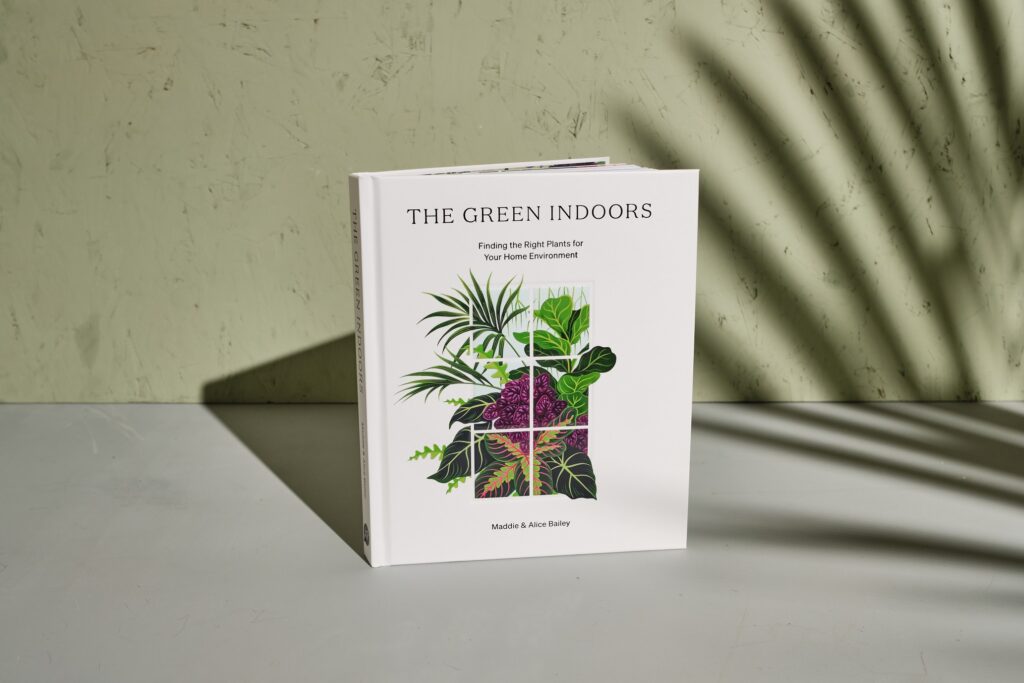 Broadly speaking, the plants we cultivate indoors come from countries with climates that are relatively similar to our warm homes. The two key climates are tropical and arid (dry). Both have extended periods of warmth, so plants that naturally grow in these climates are more able to handle the warm temperature in our homes.

Our homes also tend to be very well insulated and this works for houseplants: tropical plants are often sheltered by their environment and very rarely exposed to extremes in weather, while plants from areas with dry climates are equally suited to shelter or exposure.

How are climates classified?

In the late 19th century, German-Russian botanist and climatologist Wladimir Köppen looked at the relationship between climate and plant growth and developed the Köppen climate classification system, which many people still use today to differentiate between climates. He recognised five different climate zones based on average annual temperature and rainfall. These climates were: Type A (tropical); Type B (dry); Type C (temperate); Type D (continental); and Type E (polar).

Most of the houseplants we grow come from climate groups A and B. Some of the most important factors that make each of these climates are as follows:

Every month of the year has an average temperature of 18°C (64°F) or higher, with high levels of rainfall and little variation between the seasons. Warm temperatures are also accompanied by high humidity. Many of the shade tolerant, humidity loving houseplants we grow come from tropical climates. Orchids, Bromeliads, Philodendrons, Monsteras, Alocasias and Dracaenas are all plants that can be found in tropical climates.

Very little or irregular rainfall, fluctuating temperatures both during the day and the night, as well as throughout the seasons. The two main seasons are categorised by temperature: high summer temperatures and cooler winter temperatures. Most succulents and cacti come from dry climates, including Echeverias, Opuntias, Mammillarias, Crassulas and Senecios. In semi-arid conditions some species of shrubs and grasses survive too, such as Yuccas.

LIFE INSIDE A TROPICAL FOREST

In the depths of jungles and rainforests, insects, animals, fungi and an array of other living organisms are at home. With warm, humid air and an abundance of organic matter, biodiversity thrives. The density of vegetation in these forests helps to form a delicate microclimate beneath the canopy of the trees, blocking out harsh winds and extreme weather, and allowing for a still, humid atmosphere. Beneath the canopy, an array of unusual (almost alien) terrestrial plants (found growing in the ground) and epiphytes (found growing from other plants or trees) flourish. Both the animal and plant life contribute to the balance of nutrients, oxygen, food and water within these forests – and no nutrient or resource is ever wasted.

The plants in the earth beneath the canopy (or in the understory, as it’s often called) of the rainforest grow in deep shade, as the light beneath the canopy is filtered out by larger plants and trees. Plants we cultivate at home such as Calatheas, Caladiums, ferns, Spathiphyllums and Alocasias all grow in the shade and humidity of the understory among an array of other living organisms.

High up in the canopy and in the nooks and crannies of the biggest trees where leaf litter, mosses and lichens can be found, epiphytes thrive. The decaying leaf litter feeds the moss, which provides a suitable bed for an array of different plants. Tillandsia, Rhipsalis, Asplenium and many other epiphytes we cultivate indoors grow well in these conditions. The epiphytes, being much higher up than their ground-dwelling peers, are exposed to brighter light; as a result, this part of the rainforest tends to contain the highest level of biodiversity.

Growing in the warm, rich topsoil, vines and climbers are out to obtain the best of both worlds. Using the trees surrounding them for support, they climb towards the light of the canopy, utilising special aerial roots to seek out water from the soil beneath them. Philodendrons, Monsteras, Scindapsus and other vines we cultivate indoors can grow metres long, making use of the light from the canopy above them while harvesting the nutrients and water from the topsoil below.

Tropical weather provides short, lukewarm power-showers that hydrate the flora and fauna. The canopy provides shelter, so despite the strength of the rain, those that dwell below get a much lighter shower. These downpours are more than enough to keep all plants well-watered, while high humidity prevents them from drying out quickly in the heat. Because of the heat and humidity, the rate of decay of all organisms within this ecosystem is fast. The density of the plant matter ensures there is always an abundance of organic rotting matter, not only to feed plants, but to help retain moisture and improve the structure and fertility of the topsoil as well. Many plants growing here have adapted to form shallow, far-reaching roots to harvest the nutrients from the topsoil, leaving the less fertile soil horizons to the largest trees. 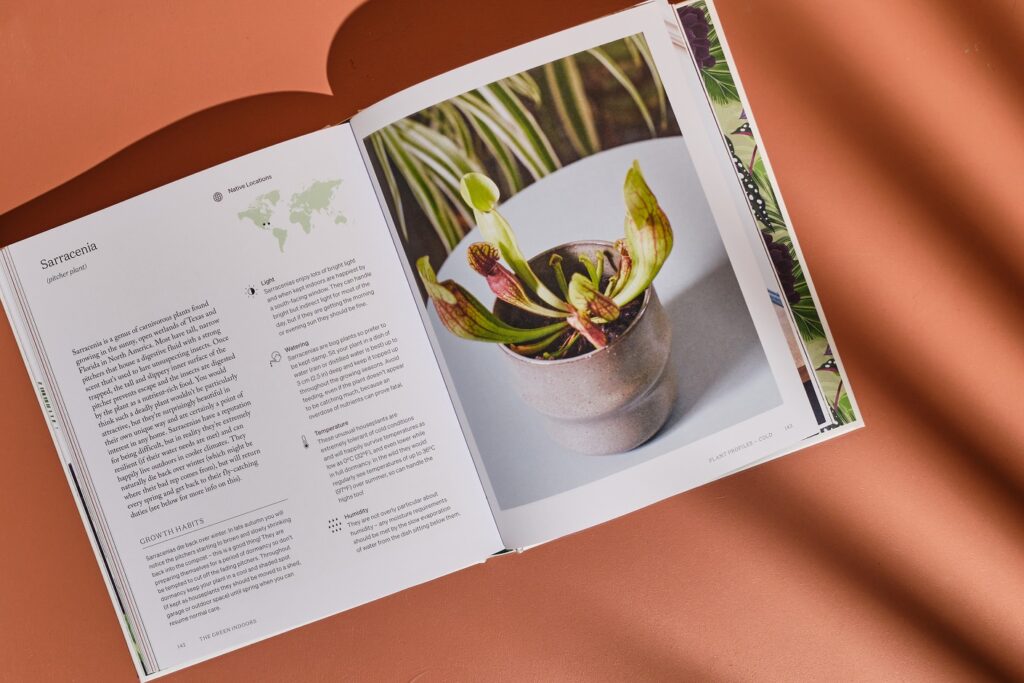 LIFE INSIDE A DESERT

Deserts are often described as ‘barren’, and although this is not entirely true, it does paint a fairly accurate picture. Vast, open space is characteristic of a desert and it leaves plant and animal life exposed to harsh elements. Often growing in full sun without shade and with limited water, plants in these landscapes are some of the most adaptable in the world.

In dry climates, the temperature can be extremely changeable. During the day, plants face scorching hot temperatures, strong, dry winds and full sun with little to no shade. Water is scarce and rain often evaporates before it has the chance to nourish plants. Any available water must be stored by plants and saved for periods of extreme drought, which can span months or even years.

In the evening, when the sun begins to set, the temperature drops drastically. The sandy soil is quick to cool, and so plants growing in these climates must be highly adaptable to survive. The adaptations we see in desert plants during the changing of temperature is almost the work of science fiction – plants change their physiology altogether in the blink of an eye to survive. Some succulents increase the concentration of sugar in their cells so the freezing point of the liquid solution within the plant drops, ensuring the succulents (and their cells) can survive the plunge into icy cold temperatures.

Aside from the changeable temperature and irregular rainfall, plants growing in some desert climates must also learn to survive in nutrient deficient soil. The soil is often made up of large sand particles that struggle to lock in essential nutrients, and with little organic matter to enrich the earth, plants growing here must survive on other sources of nutrients, such as rock minerals.

Because the air in the desert is so dry, the transpiration (sweating) rate in these plants is much higher than usual (as it would be for humans in the desert). Transpiring during the day could prove fatal to a desert plant; instead, many xerophytes (plants that have adapted to live with limited water) transpire at night when the temperatures are much cooler and the risk of water loss is greatly reduced. This is a phenomenon known as ‘crassulacean acid metabolism’ (or CAM for short).

Because of these extremes in temperature and the other difficulties faced by desert plants, it’s unsurprising that reproduction isn’t as easy for them as it is for plants in more hospitable environments. Rather than using up vital energy in the production of flowers and seeds, many cacti and succulents reproduce asexually, producing rhizomes (underground stems that form a new plant nearby) or dropping leaves and stems that then root into the earth beside the mother plant. This vegetative reproduction is much less taxing for a desert plant and is more likely to produce successful offspring in such a harsh landscape.

To celebrate the launch of ‘The Green Indoors’, Maddie Bailey from Forest will be joined by Alice Vincent to discuss the ways in which our homes affect our plants, filling those awkward spaces with nature and the small adjustments to plant routines that help houseplants to thrive.