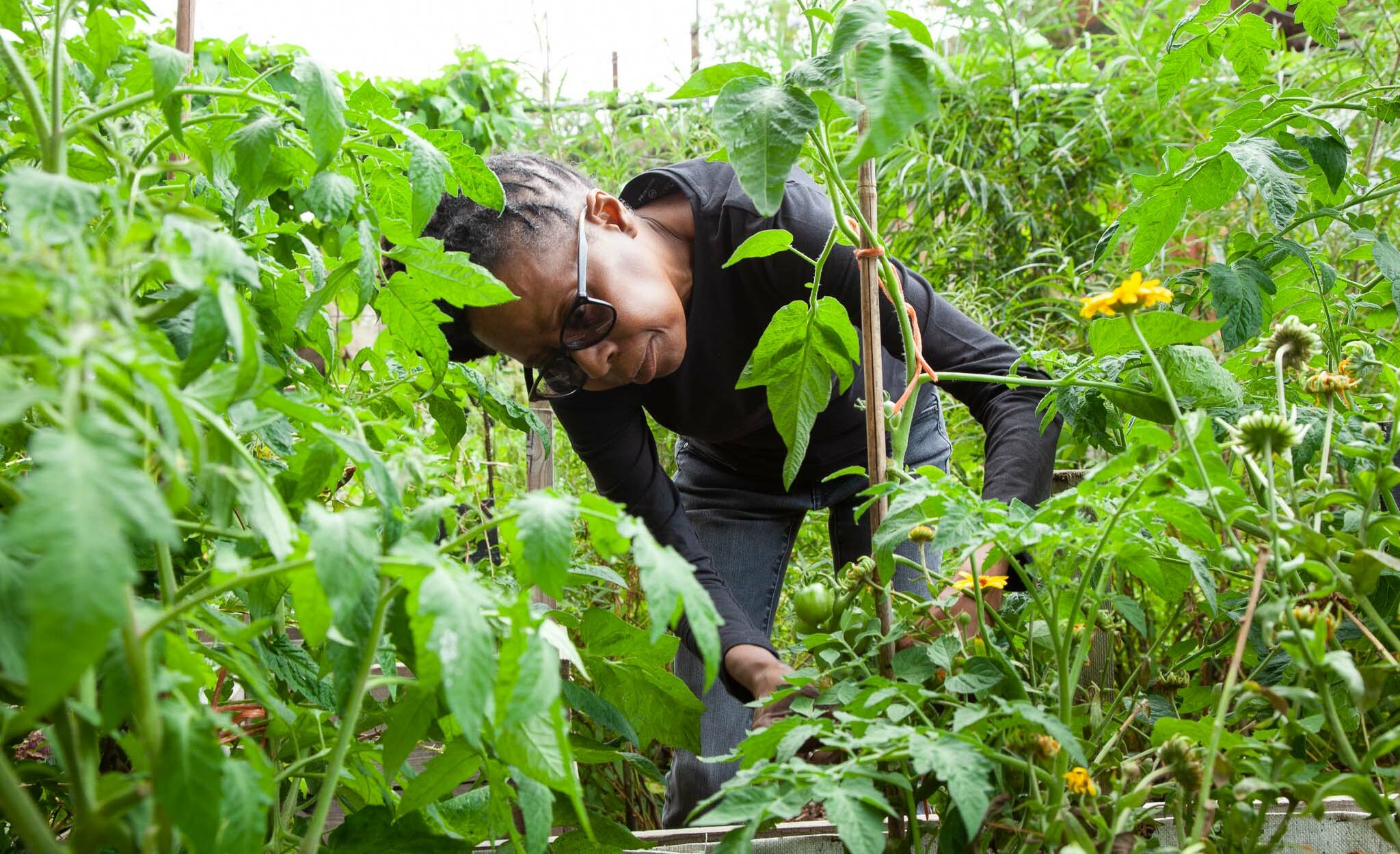 The Garden Museum’s Sowing Roots project is a first of its kind journey into the history of the gardening cultures and traditions that Caribbean people carried with them when they moved to the UK after World War II: from breadfruit, provision grounds, and botanical gardens, to chocho, ackee and the green spaces of South London.

For this intergenerational project young people aged 15-21 recorded the garden journeys of a group of South London gardeners of Caribbean heritage. Scroll down to get to know more about these gardeners and their stories in this online exhibition, through interviews, photos and films of their them and their treasured gardens.

Ras Prince is a horticulturist of Jamaican heritage and a participant of our recent Sowing Roots project and exhibition, which explored the gardening cultures and traditions that Caribbean people have brought with them to the UK since the Windrush generation. In this film, we visited Ras in his garden at home and the community garden he tends to at Lewisham Sports Consortium. Discover how he uses gardening to connect to his roots – from Rock River, Jamaica to south east London.

Sankofa is a word in the Twi language of Ghana meaning “to retrieve” (literally “go back and get”; san – to return; ko – to go; fa – to fetch, to seek and take) and also refers to the Bono Adinkra symbol represented either with a stylized heart shape or by a bird with its head turned backwards while its feet face forward carrying a precious egg in its mouth. Sankofa is often associated with the proverb, “Se wo were fi na wosankofa a yenkyi,” which translates as: “It is not wrong to go back for that which you have forgotten.”

Dorrel is a volunteer at Loughborough Farm in south London, a patchwork of community growing spaces on pieces of derelict or underused land. The main site is on Loughborough Road where they produce food throughout the year for volunteers, local residents and The Platform Cafe, their community cafe.

To celebrate Jamaican Independence Day (6 August), we filmed Dorrel at Loughborough Farm singing a few traditional Jamaican songs and discussing what the community garden has meant to her.

I do believe I play a great part in England here… I create a part of Jamaica here I developed it up to heaven-likeness.

My self, my house here, my voice and everything is like a rainbow – Mr. Pink

Mr Brenton Pink migrated to the United Kingdom in 1967 and ten years later bought a house on Loampit Hill in Lewisham for £4,880.

Mr Pink – for that was his real name – was a local character – but without the film made by Helena Appio so few people would know his life story nor what the inside of the house had looked like, nor that he had made records of his music.

He transformed the house and garden through sculpture and painting inside and outside. The sculptural decorations are at risk and the garden is neglected. Brenton Pink died in 2017.

Mr Pink was one of the inspirations for the Sowing Roots project and exhibition. His story is an example of how Caribbean heritage is so fragile.

Mr Pink had a collection of hats which he decorated – they were his ‘crowns’. He wore them when gardening.

With special thanks to the following organisations and individuals who helped create this exhibition at the Garden Museum.

We would like to thank the National Lottery Heritage Fund for their generous support the Caribbean Garden Heritage oral history project, Sowing Roots exhibition and accompanying learning program.