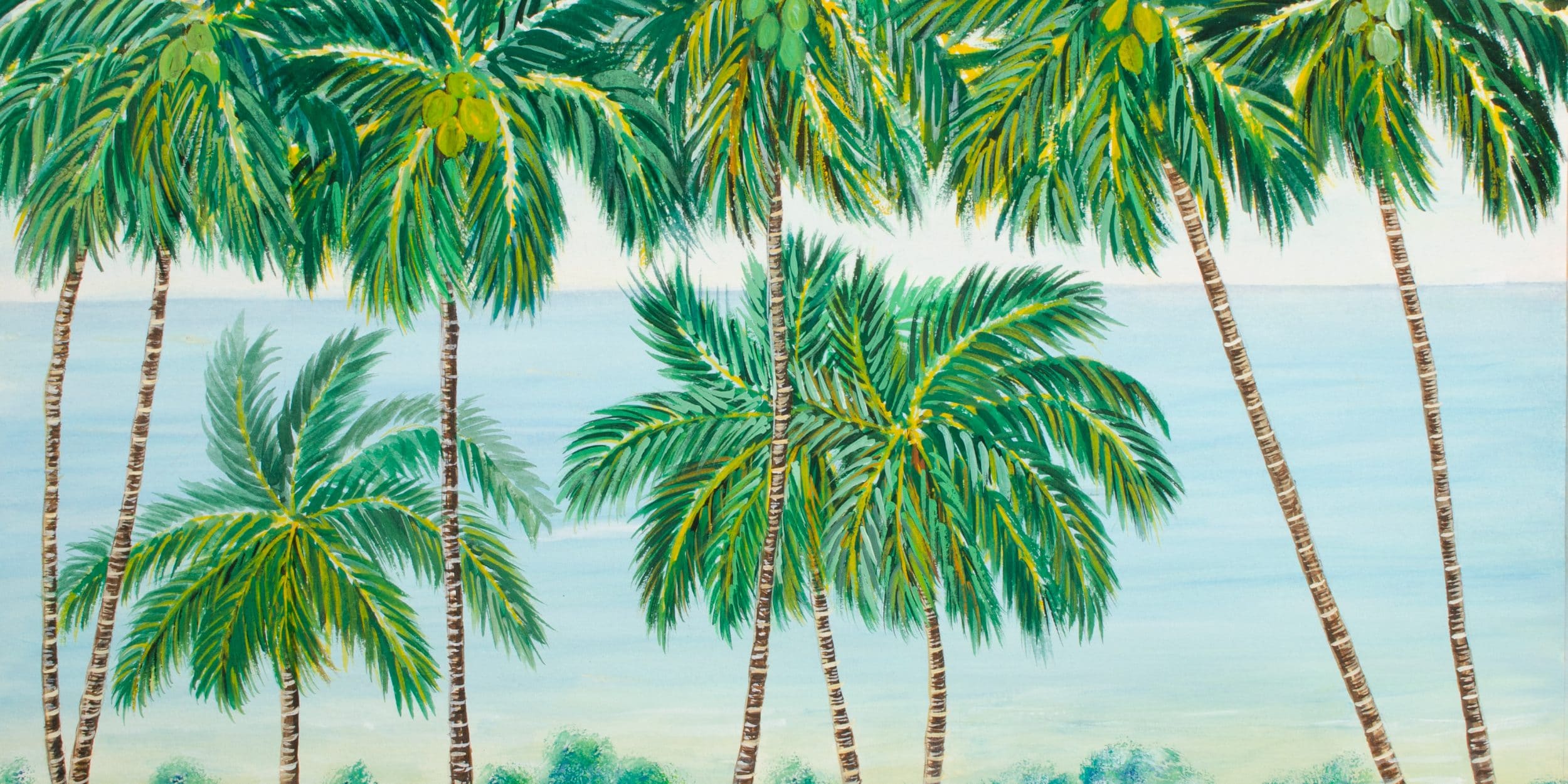 Rudi Patterson’s vibrant paintings of plants, gardens and landscapes will be on display in a new selling exhibition this winter at the Garden Museum.

Rudi Patterson was born in 1933 in a sugar plantation town in St Thomas, south-east Jamaica, in the lea of the Blue Mountains. The tropical environment of his childhood was to feature as a major influence throughout his life. After studying in Kingston, Rudi he moved to London as one of the pioneer Windrush generation.

Armed with talent, charm  and good looks he became a self-propelled star of the Swinging Sixties  establishing a career in modelling, and acting on stage and screen. His acting and modelling credits include the Rolling Stones’ documentary ‘Sympathy for the Devil’, ‘Z Cars, ‘The Professionals’ and a British Airways commercial.

Rudi taught himself to paint and began exhibiting artworks from the late Sixties. A few years later he broke his neck in a water-skiing accident and whilst convalescing devoted more time to painting. From a tower block in North Kensington he painted the gardens and landscapes of Jamaica from memory, creating a spell-binding world of mysterious paths, lost mansions, and native flowers and fruits. He worked in gouache, oils, watercolours and clay; he was also a keen ceramicist.

Rudi exhibited his works from 1970 onwards. By the 1980s there were exhibitions as far afield as Bahrain, New York and Melbourne. Collectors of his works included Freddie Mercury, Andy Williams, Twiggy and Stevie Wonder. His painting ‘Arcadia’ is part of the Garden Museum Collection. 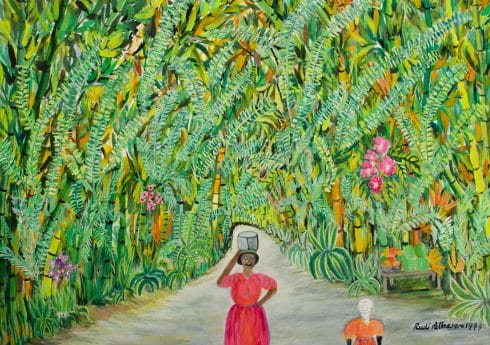 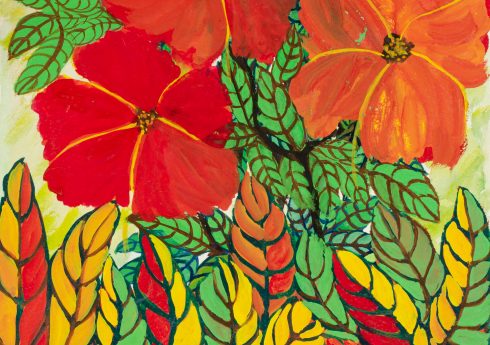