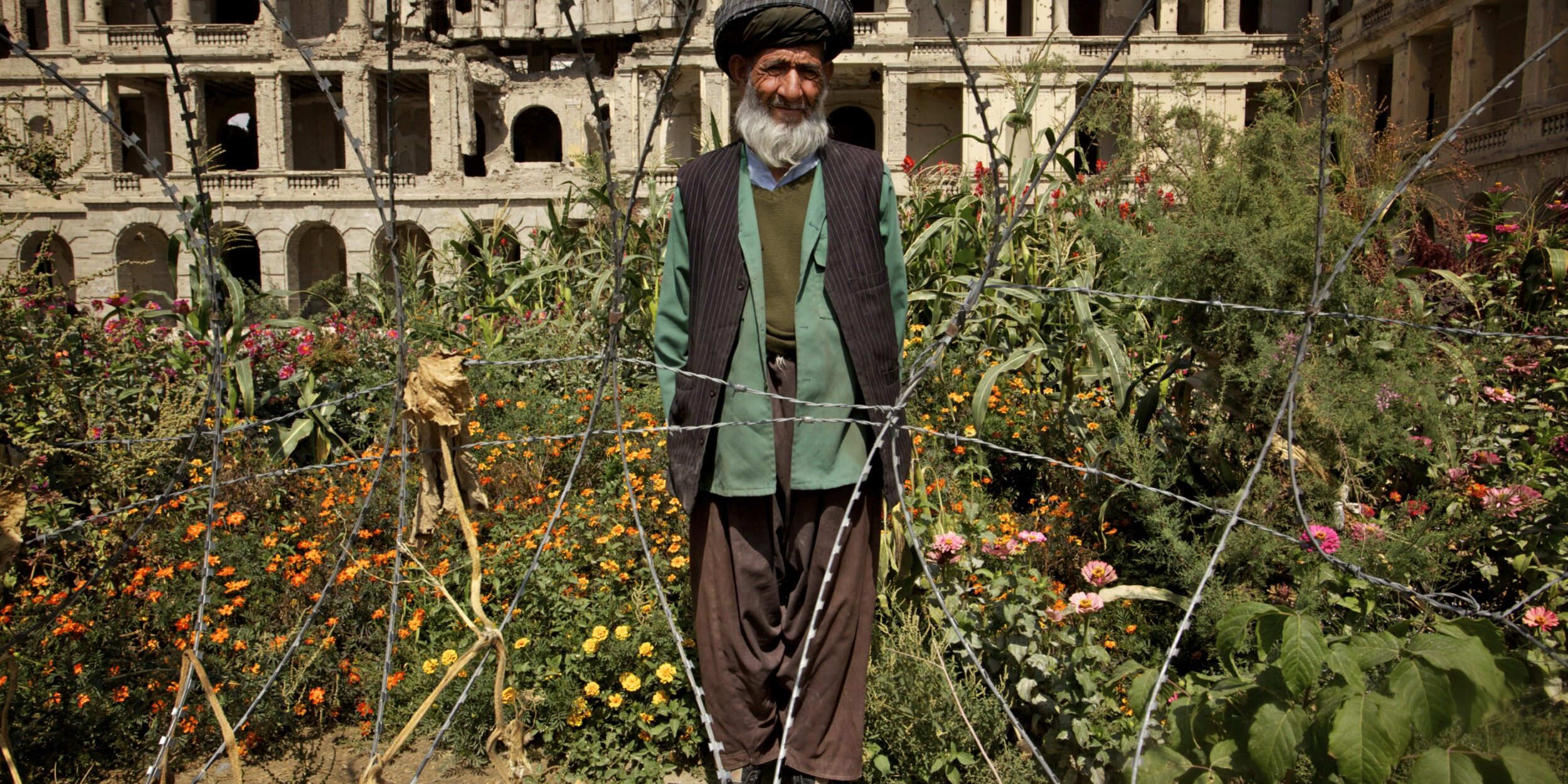 An exhibition of photographs by Lalage Snow

For millions of us, gardening is our regular pleasure; our gardens provide an escape from our busy lives. In the conflict zones of Afghanistan, Gaza, Israel and Ukraine gardens represent an escape from a far more dangerous place.

Lalage Snow’s photographs showed a glimpse of paradise in an otherwise deadly world. Sometimes the gardens themselves cannot escape.

As we marked the centenary of the start of The First World War, we invited our visitors to join photojournalist Lalage Snow as she took a look at the unresting conflict in the modern world and how the inhabitants of modern war zones in the Middle East and parts of Europe have succeeded in not only surviving but flourishing in these hostile environments.

The 21st century has seen the war break out in Iraq and Afghanistan in response to terrorism, revolutions across the Middle East and Africa spiraling into civil war and continued unrest while the fringes of Europe are destabilized in a war of accession. Indeed, as we mark the centenary of the start of ‘The War to End all Wars’, the world is teetering on the edge of an abyss, staring down the barrel of unending conflict.

But behind the headlines and violence are everyday people just trying to live, adjusting their existence to survival in a hostile world.

The exhibition used the cultural significance of gardens to examine these in order to understand what life is really like for those living in the shadows of war. Gardens symbolise permanence, longevity, triumph in adversity, hope, growth and paradise. They also provide food, shade, peace, fuel, protection, privacy and escape. Nurturing them is an integral part of defiance, resistance and therapy in a time of war.

The exhibition shone an empathetic light on conflict and was a fresh way of looking at the narrative of war through the personal stories of those living through them and hear their very human stories of hope.

In first-person interviews, while the gardeners discuss the importance of what and how they grow, they also described the conflict in which they are living, be that as a neutral bystander or partisan.

Modern War Gardens examined the importance of gardens in war-ravaged countries as a means of creativity, therapy and hope, and for the common bond of humanity they instill. As Voltaire so fittingly concludes in his novella Candide, ʻil faut cultiver notre jardinʼ – we must cultivate our garden.