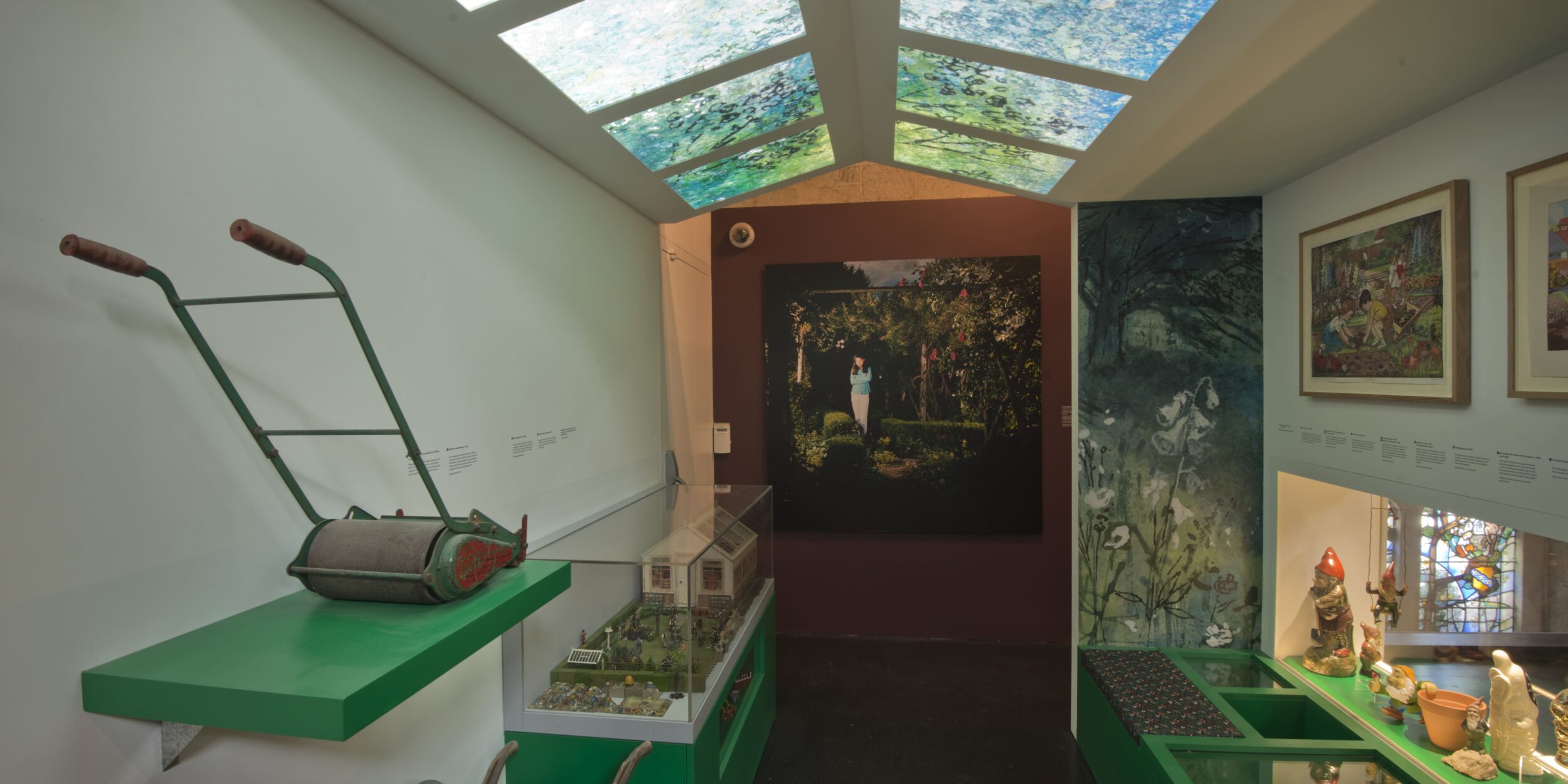 The Museum owns a large coloured print of a market gardener’s greenhouses, and fruit and vegetables being packed for market: artichokes and apples in baskets, and figs wrapped in paper in wooden trays. It has recently been parcelled up and taken across London to be exhibited at the Foundling Museum’s latest exhibition Feeding the 400, on what children have eaten in the 350 years since its foundation.

It’s cheerful to see a work of art as for eighteen months as since last autumn the 5,000 items in our collection have been in store, and will not see daylight until we re-open next spring after a £7.5 million refurbishment and extension. And I’m particularly fond of this print as it’s one we acquired through a grant of £100,000 by the Heritage Lottery Fund to acquire artists’ views of British gardens over the centuries. But what’s the story? Why a poster of fruit’n’veg?

It is signed by Paul Nash and printed as ‘Issued by the Empire Marketing Board’. The EMB was set up in 1926 with the slogan to ‘KEEP YOUR MONEY IN THE EMPIRE’: buy British produce first, and, if not, produce from the colonies. Other posters illustrated Sudanese cotton fields, New Zealand honey and British car manufacture. On a long horizontal billboard, Nash’s image, along with others by his brother John, was accompanied by the text: ‘300,000 ACRES ARE UNDER ORCHARDS AND FRUIT GARDENS IN THE UNITED KINGDOM. IN AN AVERAGE YEAR 450,000 TONS OF FRUIT ARE GROWN IN THESE ORCHARDS. ASK FOR HOME PRODUCE’. It was the heyday of the poster – think of Shell, or London Undergrounds advertisements – which combined resonant images by the best contemporary artists with bold slogans (which read more like instructions to modern ears!). Here the strength of the image is in the shapes assembled: the cube and cylinder of the wicker baskets and the rectangles of trays contrasted with the equilateral triangles of the greenhouses. Nash was a Modernist, and his eye saw geometries in Nature and stones.

Nash (1889 – 1946) was a middle-class boy from Buckinghamshire who failed the Navy’s entrance exams and enrolled at the Slade School of Art; fellow students Mark Gertler, William Nicholson and Stanley Spencer would also do posters for the EMB. He is best known for his views of the western front, where he first served as a soldier, and returned as a war artist. The strength of his drawings and paintings is in the absence of man, life; landscapes of mud and metal and ran in which, ‘not a glimmer of God’s hand is seen anywhere. Sunset and sunrise are blasphemous, they are mockeries to man’: there is just black rain, and shells, and slime, and ‘black dying trees’. Many survivors returned to make gardens as ripe, paradisiacal refuges from such memories.

Tate Britain’s archive has photographs of Nash’s garden at Eldon Road, Hampstead, in the 1930s, which was designed by Christopher Tunnard, a landscape architect little remembered today but then a leading voice of Modernism in urban design. But – by the back door – is visible a very traditional greenhouse. This October Nash will be celebrated by Tate in a major retrospective, Paul Nash. Hooray, and let’s hope we see his avant garde fruit’n’veg.