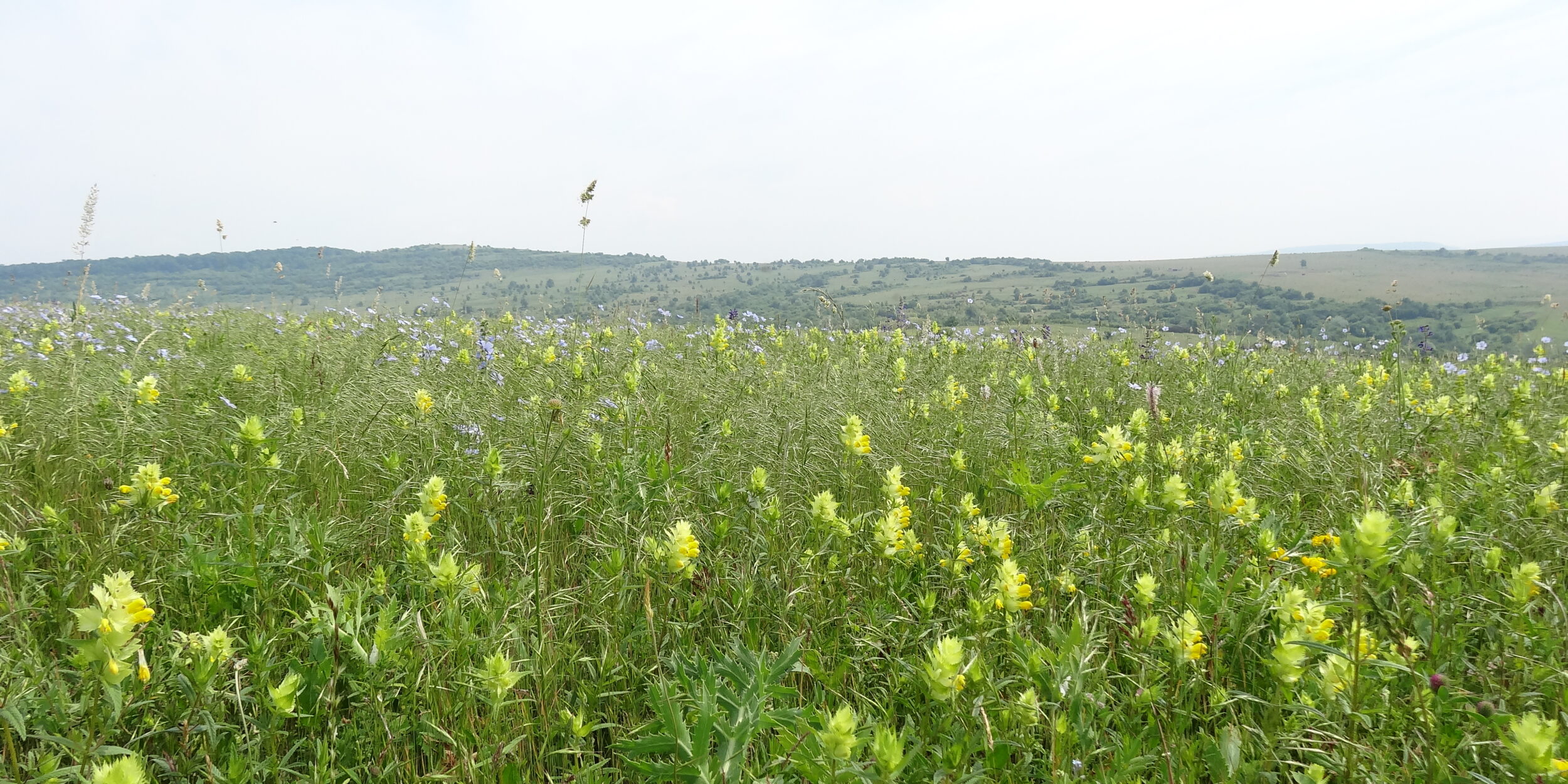 Discovering the wild flora of Transylvania

Ahead of our panel talk celebrating the publication of The Transylvania Florilegium on 29 June, we are delighted to share this exclusive extract by botanist Dr John Akeroyd: 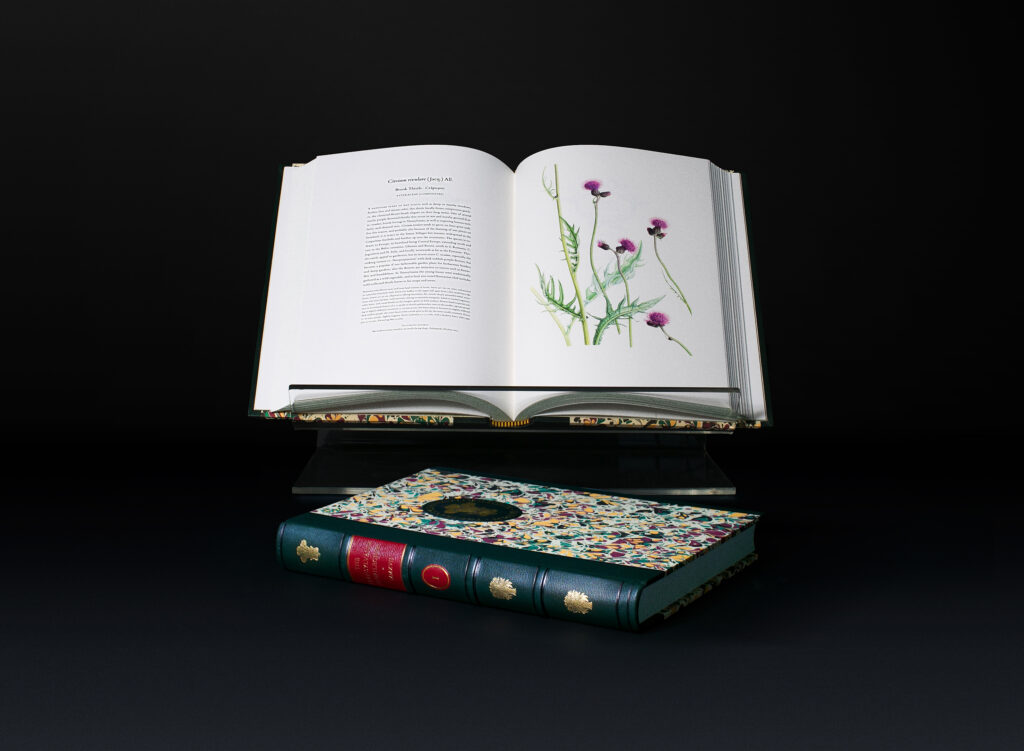 Transylvania has long attracted the traveller and more adventurous tourist. British visitors especially have explored this region, particularly to admire the remarkable architecture of the old towns of Brasov, Medias, Sibiu and Sighisoara and the numerous villages in their hinterland with traditional farmhouses and fortified churches. In recent years, increasing numbers of visitors to Transylvania have come there too in order to see the varied and colourful wildflowers, at their peak in June to July and which now enjoy a considerable reputation. Indeed the countryside is now widely recognised as a significant element of the cultural identity of southern Transylvania.

In particular, the unspoiled hilly landscapes and rich wild flora of the Saxon Villages and the Hungarian-speaking Székely lands of the adjacent foothills of the Carpathian Mountains to the east have captured the imagination of many people in Britain, and elsewhere in Europe and further afield. These two areas share as well a fascinating if turbulent human history and a continuity of traditional agricultural practices and patterns of rural life. It was to this distinct and special part of the region that HRH The Prince of Wales found his way in the late 1990s and where he has since become a regular visitor.

It is therefore appropriate that this Florilegium should record something of the rich and precious flora that His Royal Highness The Prince of Wales has come to know and appreciate both in Zalanpatak and around Viscri in the Saxon Villages, where his Romanian Foundation is based.

The contributing artists visited this part of Transylvania for two-week periods at different times from April to July every year in 2012–2016, with additional visits in early April and September 2016 to include species flowering ‘out-of-season’. Species selection was based on a shortlist compiled at the start of the project, but it was soon clear that variation in seasons and the individual skills of the artists required adaptation of the list according to which species were available. The specimens on which the paintings are based were gathered in the field, always ensuring more vulnerable species were either not uprooted (especially orchids) or were carefully replanted after painting.

The Florilegium is a sample of some 1200 higher plant species known to occur in this part of Transylvania but embraces a range of plants from ruderals to endemics that are common, local or rare, always with the emphasis on the wildflowers of the meadows and pastures of a farmed landscape. This collection of paintings is both a record of plant richness and diversity and a quiet plea for its protection and conservation. At the same time it complements the existing Highgrove Florilegium, which covers the more formal and exotic flora of the garden at Highgrove but also includes a number of wildflowers. These two Florilegia record two contrasting but complementary botanical landscapes associated with The Prince of Wales: one defined, domestic and horticultural, the other expansive, natural and wild (although shaped by people) and ecological.

Grassland is central to this farmed landscape. A long history and continuation of traditional, non-intensive management practices – mixed farming, little or no fertiliser input and low stocking densities – has allowed a great diversity of wildflowers and wildlife to survive. These low-input, permanent grasslands still possess an abundance of wild plants and animals that have disappeared from much of the rest of Europe. They yield meat, milk and cheese, and other products such as honey, wild fruits and medicinal plants. The flora itself is no mere spectacle. The diversity of grasses and wildflowers in the sward, including numerous orchids, wild sages and other mint relatives, and 20–30 or more clovers, dwarf brooms and greenweeds, trefoils, vetches and other legumes, provides quality feed for farm animals. For scientists these grasslands represent more or less intact traditionally managed ecosystems, including soils and soil micro-flora. Pockets of dry steppic grassland on south-facing slopes and the steep hummocks or movile that are a feature of the Saxon Villages, and damp grassland in valley bottoms with a diverse wet meadow flora are especially rich. The vegetation is a dynamic mosaic that varies in time and space in response to climatic fluctuations and human activity, and the flora is an idiosyncratic mix of Western and Central European, Mediterranean, steppic and even mountain species. This diverse flora is a genetic treasure-trove of fodder crops for future breeding, and some 60 of the plants of the Saxon Villages countryside are crop relatives.

The wildflowers are food and habitat for insects, spiders and other invertebrates, reptiles and amphibians, birds and mammals, which contribute to the control of agricultural pests and maintain the ecological integrity of the landscape. Two birds of major international conservation interest, Lesser-spotted Eagle (Clanga pomarina) and the iconic Corncrake (Crex crex) depend on this High Nature Value grassland for survival. As well as their store of biodiversity, these traditionally managed permanent grasslands help maintain the ‘goods and services’ of a healthy and stable environment. They reduce or prevent soil erosion, especially in a geologically unstable area like the Saxon Villages, they lock up carbon, and they soak up rain and slowly release clean water into wells, streams and rivers, providing both flood prevention in wet and a secure water supply in dry periods.

The wildflower-rich grasslands and adjacent ancient woodlands generate income from tourism, being ideally suited to activities such as mountain bike trails, horse riding, walking, painting and natural history. Food products from this healthy environment, of high quality and with a distinct regional identity, attract the sort of consumers who will pay premium prices. Honey and jams made locally from wild meadow and woodland edge fruits are literally ‘bottled biodiversity’. Nevertheless, this valuable ecosystem and its wild plants and wildlife are every bit as threatened as any in the modern world, even if what we see today remains substantially intact.

The Prince of Wales has himself repeatedly drawn attention to Romania’s remarkable agrarian heritage. The impressive legacy of the Saxon and Székely farming communities should be integral to future economic growth, and conservationists must help both local people and nature by demonstrating the need to combine the best of traditional farming with innovative technology. Not only must we not lose an intangible sense of place but also ensure that an enhanced rural economy can again provide a good
livelihood, one linked to landscape, for farming communities in Transylvania. The wildflowers depicted in this book are not vestiges of lost richness but iconic images of a countryside that combines natural beauty and a living productive ecosystem.

This talk will take place both in person at the museum, and be live streamed to watch online.