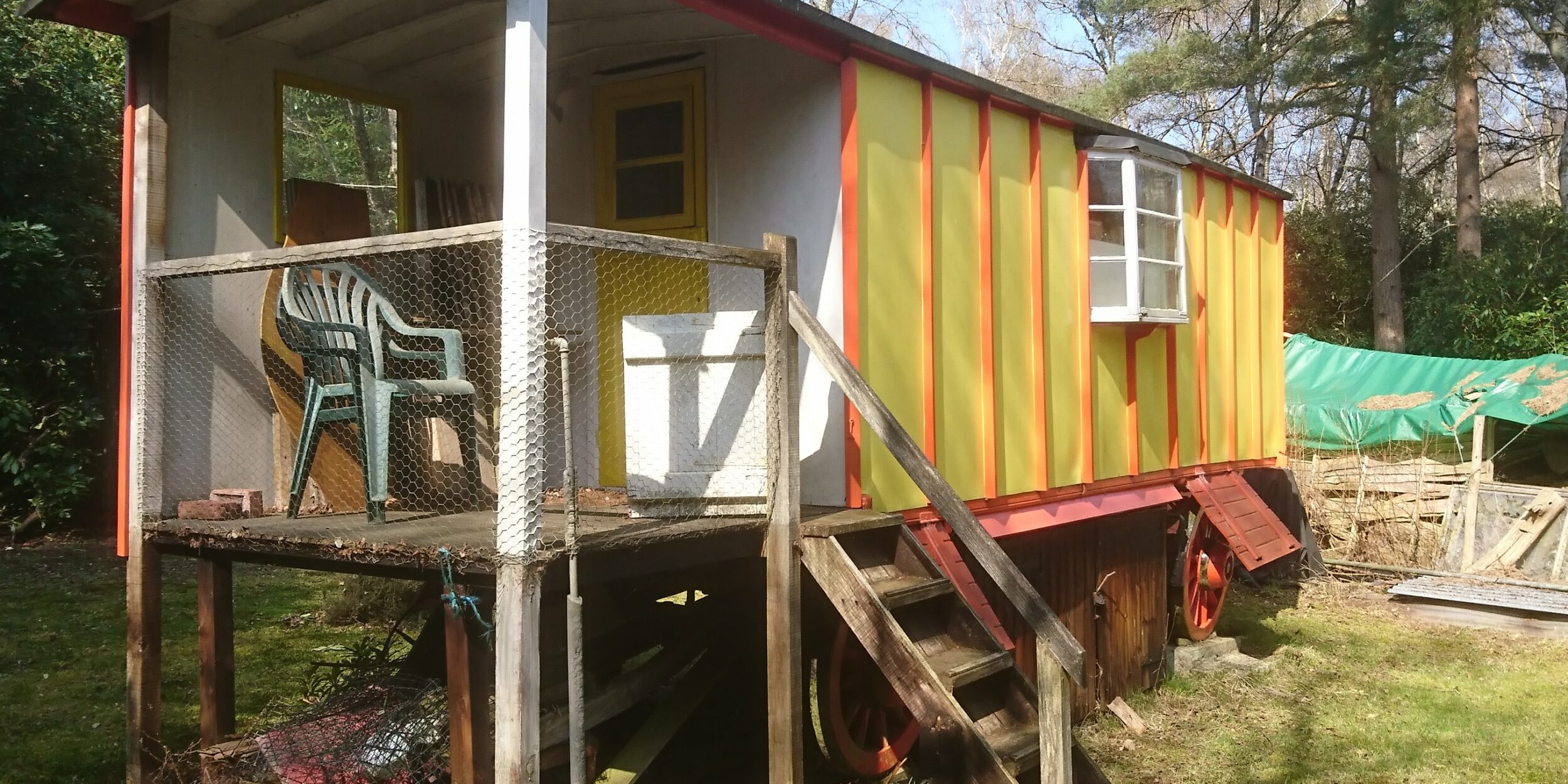 In the summer of 1939 two cart horses towed a gypsy caravan deep into a wood in Sussex. The painter Ivon Hitchens (1893 – 1979) had bought the caravan, and six acres, as a place to paint away from London. The next year came the Blitz and a bomb shook his house in Hampstead. He and his much younger wife Mollie had a young baby, John, and they moved to the woods for good. They built a house, called it Greenleaves, and cleared a garden. 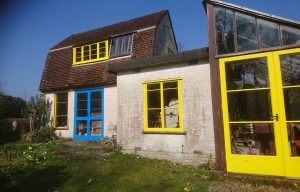 Over the next forty years Hitchens painted one of the most lyrical sequences of landscapes and garden paintings in British art. That’s our next exhibition, opening on 8 May: Ivon Hitchens: The Painter in the Woods.

His son, John, lives at Greenleaves, and is himself an accomplished painter, with a retrospective at Southampton. The caravan is, miraculously, still there, red-wheeled, stacked with spare frames. So are the gutters which, on stilts, take water from the flat roofs of the Modernist studios to the ponds dug out as subjects for painting, a la Giverny. Under a tarpaulin is a rowing boat painted in Ivon’s distinctive stripes of Fauvist colour. 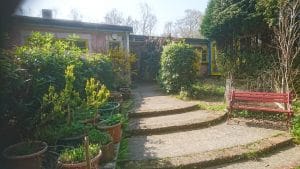 Hitchens was one of the foremost Modernists of his age, and represented Britain in the 1955 Venice Biennale; loans will come from Museums and private collectors across the country. He’s also the subject of a comprehensive survey opening at Pallant House, Chichester, Ivon Hitchens: Space Through Colour, 29 June – 13 October 2019.  Our exhibition is the first to explore his relationship with garden and plantings, and has been curated by Andrew Lambirth, who curated last summer’s show of Cedric Morris.

It’s the latest in our studies of the relationship between an artist and a garden. Every relationship is different. Hitchens, Lambirth observes, became a ‘curator of woodland’. He was not an expert horticulturalist. John remembers how each spring Aylings, the nursery in Midhurst, came and planted up a bed outside the studio as a subject to paint. And Mollie, his mother, would pick Ivon’s favourite colours as arrangements for still-lives. But Hitchens loved flowers, plants, and trees. At school at Bedales he put a horse chestnut in a pot. And he took that potted tree to every exhibition, put in the gallery ‘like a totem. It became like a bonsai’ smiles John ‘And after he died we planted it over there’. This is said under a sky as suddenly soft with spring as a freshly cracked egg. 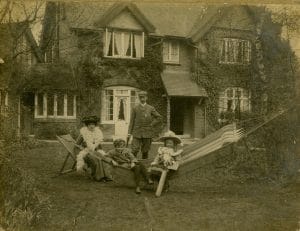 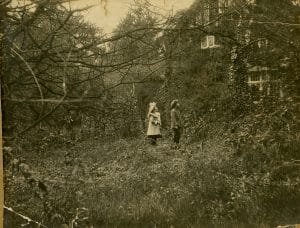 John’s son Simon is a very good sculptor. Ivon’s father was Alfred, who painted Edwardian society; here in a drawer are photographs of Ivon knickerbockered on a bicycle, or on the hammocked lawn of his parent’s no-nonsense brick villa. In these studios four generations are side by side, but as happy in their individuality as the mugs and stones and ceramics and amaryllis on the window sill.

Gardens have a time zone of their own. But I’ve rarely been to a place where past, present and future are so at ease with each other. For the first seventeen years, smiles John, there was no electricity. But his mother was a trained pianist, and played Chopin on dark nights. Now, he says, stretching from a plastic garden chair, it’s time to feed the fish. It takes a while for them to come to the surface.

Ivon Hitchens: The Painter in the Woods opens 8 May – 15 July.