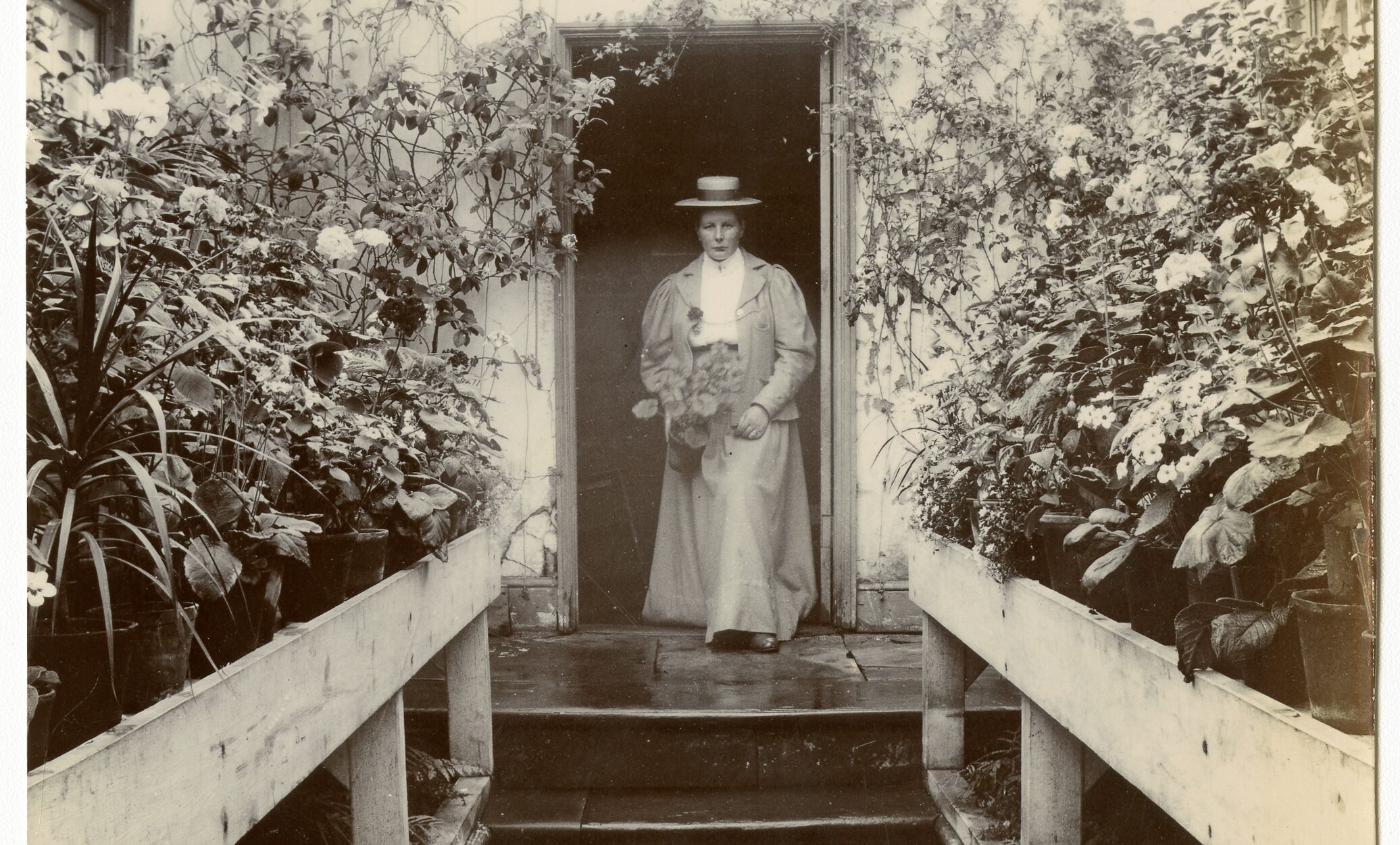 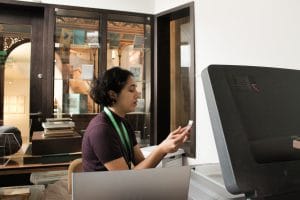 Hi, I’m Helen and my role at the Garden Museum is to use digital technologies to make the Museum’s fascinating collection and archive more accessible. My one year traineeship is part of the British Museum’s Museum Futures programme which focuses on training young people in the management and access of museum collections and data.

In my first two months I have been immersed into the world of museum work, from understanding the procedures followed to ensure objects in the collection easy to identify to how public events are programmed and executed. As part of my core work I’m been looking through and beginning to digitise some of the Museum’s collection and archive of garden design.

We are all naturally curious and I have become particularly fascinated by the large selection of photographic portraits of people in their gardens which the Museum has in the collection. These are not only charming images but give an insight in to historical gardening practices and social customs in a range of gardens: public parks to private kitchen gardens, grand greenhouses to common backyards.

Here I present ten of my favorite portraits that I’ve discovered and digitised so far. All taken around the turn of the century, these images reflect a time when improvements in technology allowed photography to be more widely available.

Invented by Richard Leach Maddox in 1871 and improved by Charles Harper Bennett in 1978, the gelatin sliver process was more light sensitive than previous photographic methods, needing only a fraction of a second in exposure time. The increase in speed at which photographs could be taken, allowed for the development of handheld cameras such as the first Kodak camera in 1888. The simplicity and relatively low cost of handheld cameras enabled amateurs as well as professionals to take portraits.

In this mixture of professional and amateur shots, we see a range of sitters in a formal manner, typical of the time, prepared and proud to be photographed in the garden. 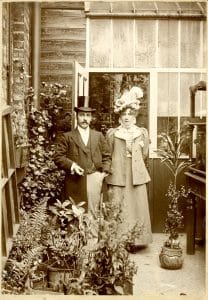 Surrounded by potted plants and climbing ivy, a well dressed couple pose by a green house door – about 1900 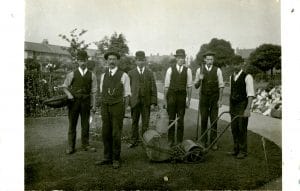 Six gardeners pose in a public park, proudly holding their tools including a watering can, trug and lawnmower – about 1910 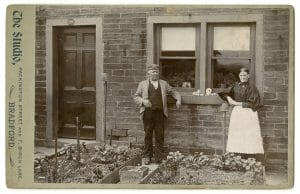 In a front garden on Manchester Road, Bradford, a man and woman pose by two raised beds and a window lined with ferns.  This photograph was taken by E. Cole Keighley in about 1900. 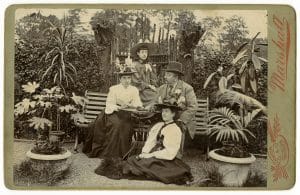 During the summer of 1897, a family pose together around a garden bench with extravagant floral hats and potted palms. 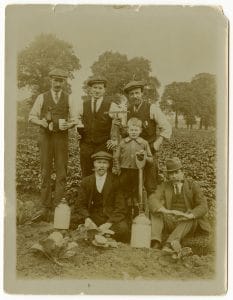 Kegs of beer and garden tools in hand, five men and a young boy pose in plot of growing vegetables – about 1918 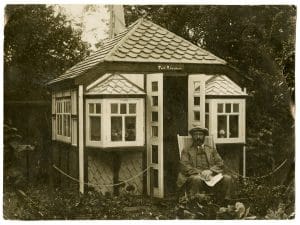 Sitting on a deckchair, a man poses outside the doors of a summerhouse surrounded by bard-edged beds with flowers and vegetables – about 1910. 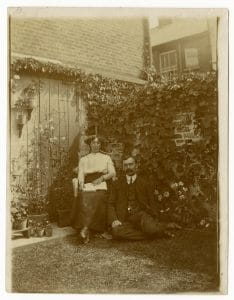 A couple pose seated in a shaded corner of a back garden in Cobham, Norfolk , surrounded with climbing plants and a well kept lawn -about 1910 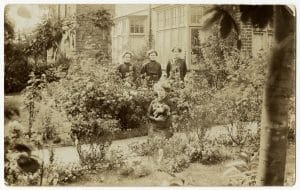 Among the roses of a suburban house , a group on women pose in similar black collared dresses, one woman holding a cat -about 1915 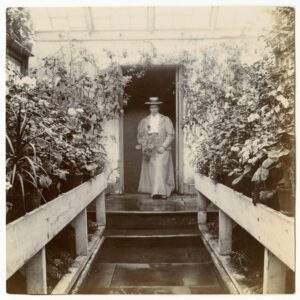 In a conservatory lined with potted plants, a lady poses inside a door way holding a plant in her right hand – about 1900. 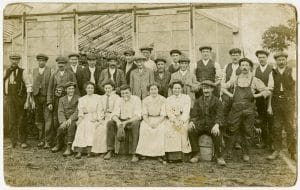 Gardeners of a commercial nursery, probably growing tomatoes, pose together outside the large glasshouse  – about 1910.