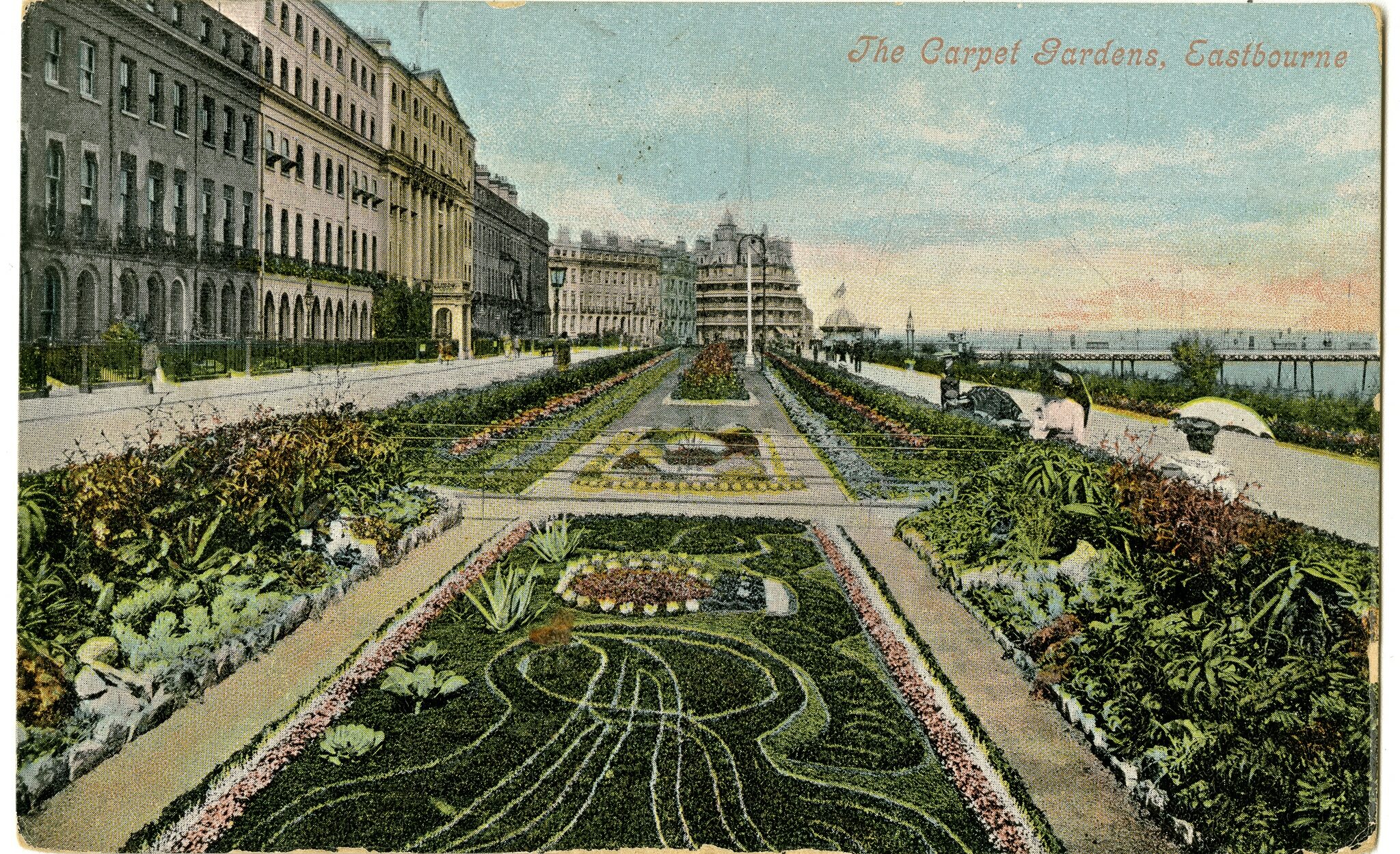 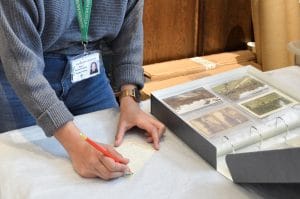 In recent weeks I have been researching, cataloguing and digitising postcards showing gardens and parks across the UK. Postcards were incredibly popular from 1902 when the Post Office created the ‘divided back’, allowing both the address and message to be written on one side. The Garden Museum’s collection of early 20th century postcards provides a fascinating window into the gardens of the time, showing how intricate flat and sculptural carpet bedding was used to create extravagant floral displays for public spaces.

Carpet bedding is the planting of blooming plants close together into a clear design to create patterns, images and text. The practice began in the Victoria era and in the 1860’s was popularised in the UK by John Fleming, the head gardener at Cliveden in Buckinghamshire. Around 1900, socialite Miss Alice Rothschild introduced three dimensional carpet bedding in the form of a large basket at her estate in Buckinghamshire Eythrope. Both flat carpet bedding and this sculptural style of bedding were quickly adopted in public parks and gardens across the country.

These public displays attracted people into the town parks and were used to cultivate a sense of civic pride, showcasing written messages and emblems, as well as new ideas. One of the most famous of these displays is the Floral Clock at West Princes Street Gardens in Edinburgh. Invented by the Superintendent of Parks John McHattie and clockmaker James Ritche in 1903, it was the first of its kind and was so popular that other clocks quickly appeared. The Floral Clock remains in Edinburgh and now has around 40,000 plants used in its designs.

While some examples remain in public spaces and grand gardens, carpet bedding has been in decline since the early 1900’s with most modern parks opting for more informal styles such as wild flower meadows. This is perhaps due to the labour intensive processes needs for carpet beds such as gridding large areas with twine and marking designs in sand. In addition it was not always popular with everyone; Marie-Luise Gothein writes in her comprehensive 1913 book History of Garden Art ‘Unfortunately this ugly and stupid style is to found in certain public garden even in our own day’.

Although not to everyone’s taste, the creativity and skilled process should be admired. Here I have a chosen a few of my favourite postcards that illustrate these elaborate unusual floral displays that excited the public in the early 20th century. 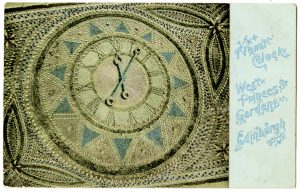 Postcard of the first Floral Clock in West Princes Gardens in Edinburgh with Hands at 12.06. Posted on 22nd July 1905. 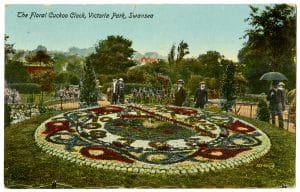 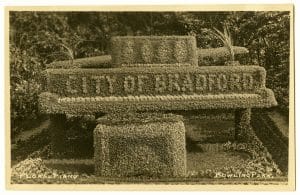 Postcard of a Floral piano with ‘City of Broadford’ written across the top, displayed in Bowling Park. About 1920. 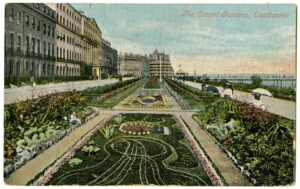 Postcard of The Carpet Gardens on Eastbourne promenade with succulents. Posted 9th September 1905. 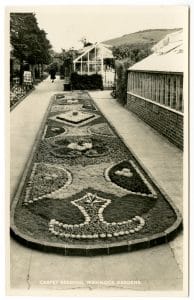 Postcard of intricate carpet bedding in Wannock Gardens. About 1925. 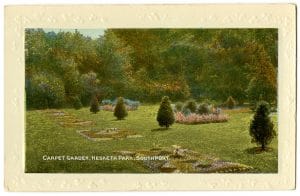 Postcard of geometric carpet garden in Hesketh Park, Southport. About 1920. 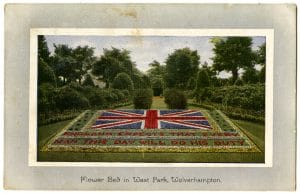 Postcard of carpet bedding depicting the union jack and ‘England expects that every man this day will do his duty’ planted in West Park,  Wolverhampton. Posted on 9th September 1915. 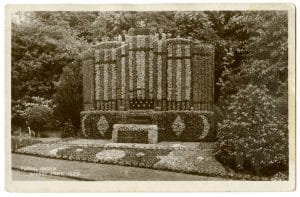 Postcard of a large Floral Organ with moon and star motifs created for Wibsey Park, Bradford, photographed in 1929. 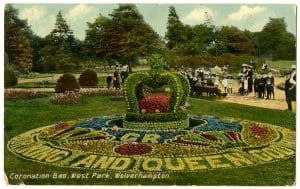 Postcard of a coronation bed with large crown of  flowers with the words “King and Queen” around it in Westpark, Wolverhampton. Posted on 2nd July 1912. 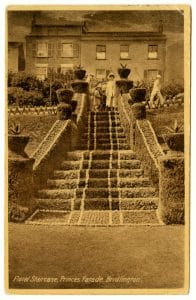 Postcard of the Floral staircase in Princes Parade with a women and child posed at top, Bridlington. Posted on 27th August 1923.