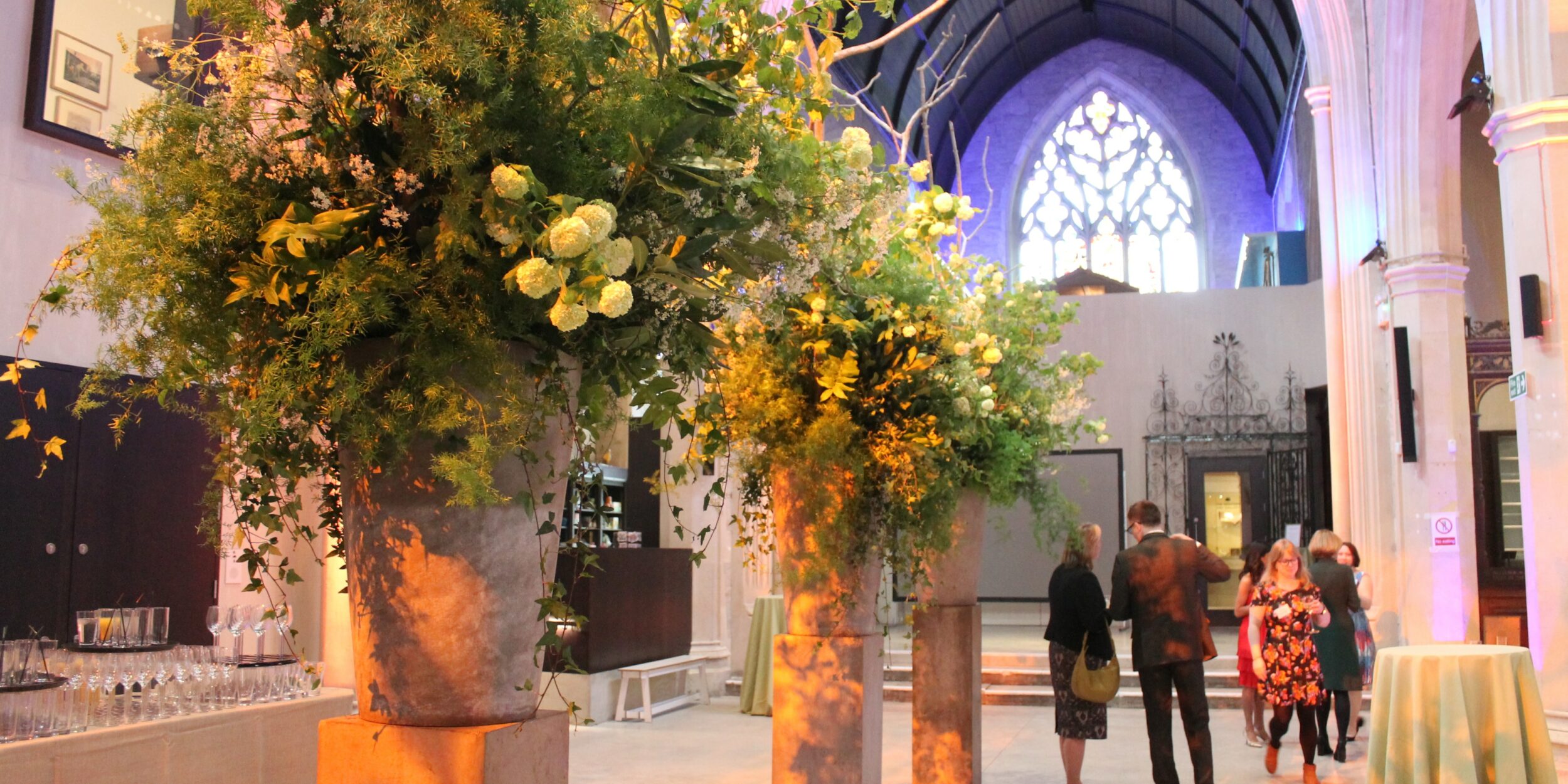 Diary of a closed year: Florist

We have begun to think about parties. How do you make a party at a Museum more than speeches, polite introductions and a warm, invigilated glass of Pinot Grigio?

Thinking back the openings I have attended, the first change of gear was at the British Museum in the late 1990s. The friend who’d taken over fundraising would call up: ‘Bring your girlfriend’s friends. Italians. Young people’. And I remember seeing the late Tara Palmer-Tomkinson slapping, kindly, the buttocks of one of the ancient statutes in the jazzily-lit galleries of the Elgin Marbles. Today Tate Modern has a conscious policy of inviting ‘poor but young / interesting’ people to mix with older donors. And the Royal Academy – who, together with the V&A, throw the best opening parties – unashamedly hires models / actors to serve champagne (which, to the truth, feels just a little bit uncomfortable).

At the RA’s opening of Revolution: Russian Art 1917 – 1932, the staircase of Burlington House was wrapped with red fabric, swaggering between the balustrade like a furled sail. Who, I wonder, did that?

Shane Connolly trained as a florist at Pulborough & Gould and now has a company which extends from floral arrangements to creating scenes and sequences for events; he is best known for the floral design at the wedding of Their Royal Highnesses the Duke and Duchess of Cambridge in Westminster Abbey in 2011. He tells me that the Burlington staircase was inspired by his research into the  exhibition of art of the Soviet Republic held at the State Russian Museum in Leningrad in 1932 – which, recorded in a few old photographs, was the last bravura of artistic freedom before Stalinist suppression.

I spot Shane’s work again at America after the Fall: Painting in the 1930s: a fantasy prairie of wild grasses, misshapen pussy-willow and tiny craspedia whose dusty colours are shot through by the wan beauty of the Great Depression. It’s beautiful, and a very clever articulation of the culture and aesthetic of a remarkable exhibition.

We cannot give the same creative investment as the RA but we can put florists on the pedestal at our opening parties. And relish that word: ‘florist’. Florist. It’s a beautiful word: floral, with a thrust and a twist. It was introduced to the language by Henry Wotton, a diplomat in the age of Tradescant, to refer to men who studied and grew flowers. But a word coined for connoisseurs of flowers has become associated with yawning teenagers cutting ribbons on Saturday mornings. And for a long time the most successful florists have called themselves anything but florists: you will see ‘Artistic Florist’ in the lettered glass of Victorian shopfronts while ‘floral designer’ seems to be the current website fashion.

Why? It’s to do with the art versus craft hierarchy, but also, I think, our uncertainty at the value of flowers: why is a bronze cast of a flower made to the design of Marc Quinn worth a thousand times as much as the living, sucking, dying miracle of a flower itself?

What our exhibitions and events on the theme of floristry has taught me is just how much talent is streaming into New Covent Garden Market at dawn. Talent, and values: floristry – and food, and gardening – are becoming the artistic profession of choice for young people who are educated, sensitive to their environmental footprint, and creative.  The new ‘artistic florist’ is happy to express the beauty of nature for a fleeting hour. All we have to do in return is pause, and look. And we, as a Museum, can try our best to give florists a chance to explain their ideas. On the skyline of the Royal Academy are the uplifted bronze chins of painters, architects and sculptors. At the Garden Museum our muddier and thornier pantheon is of gardeners, chefs, and florists.

And now to worry about the food. Why, in this polyglot and wordsmith nation, do we not have a word between the pretence of ‘canape’, the suburbanism of ‘nibbles’, and the motherliness of ‘snacks’?

Shane Connolly will be talking about his new book The Meaning of Flowers (Clearview Press, 2017) at the Garden Museum Literary Festival at Boughton House 1st-2nd July 2017.  To book tickets and for more information, click here. 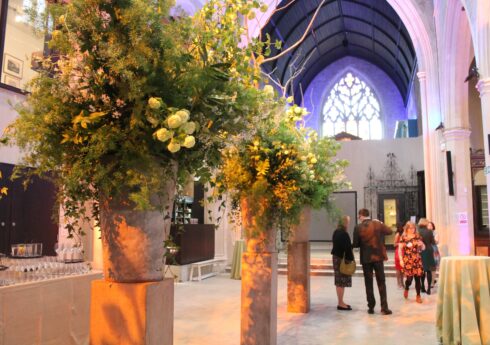