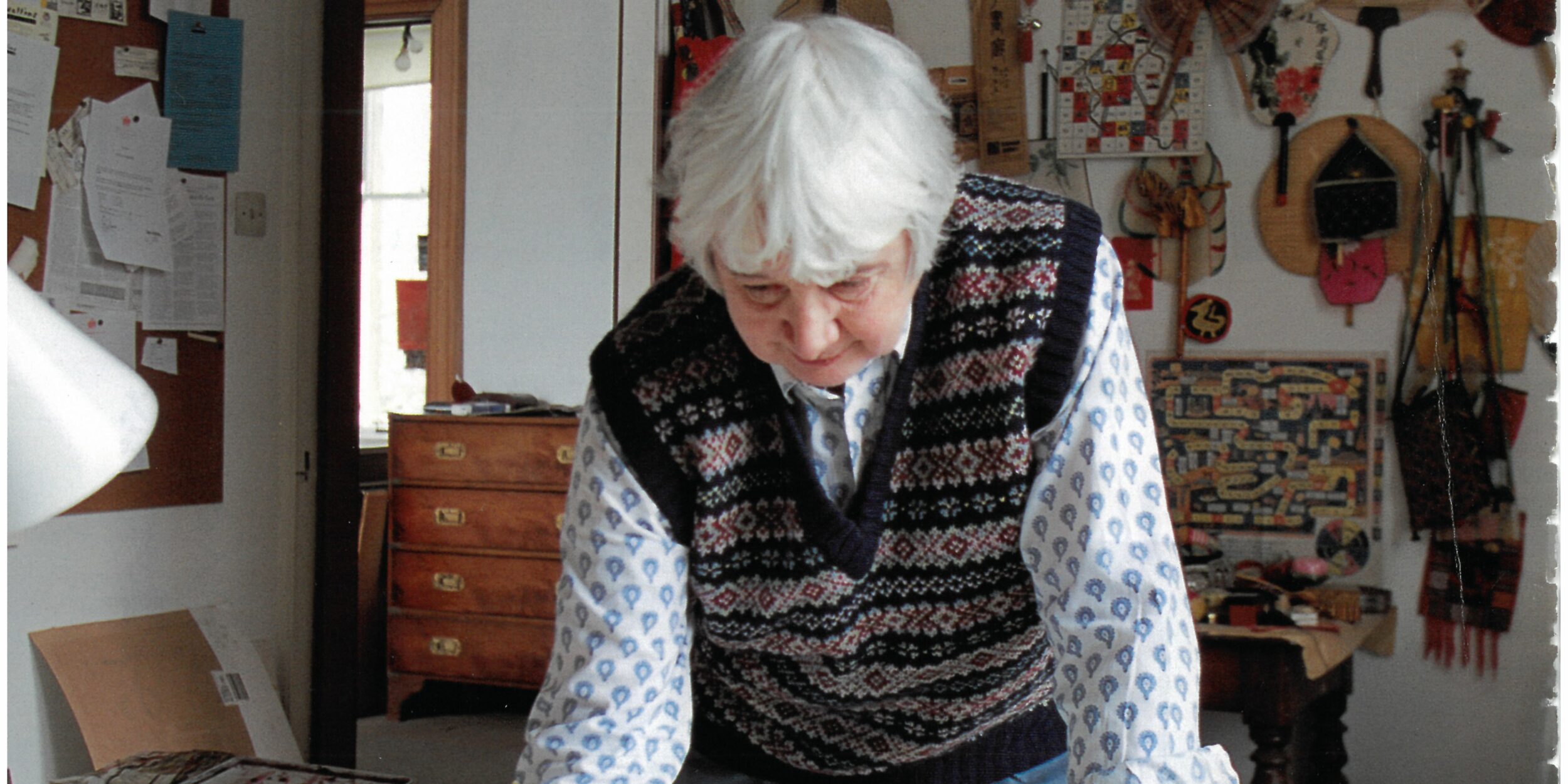 The Garden Museum was sad to hear that Dame Elizabeth Blackadder (1931-2021) one of Scotland’s greatest modern artists and the subject of our next exhibition passed away on 23 August.

Our upcoming exhibition will celebrate her unique and beguiling style of painting and printmaking in which she captured a wonderfully broad range of flower specimens. Through a childhood spent collecting local flowers, pressing and labelling them with Latin names, a fascination developed that was to later surface again and again in her paintings of plants and flowers.

Blackadder’s detailed and lyrical watercolours and prints identify her as a gardener that was intensely interested in plants, and as a skilled plantswoman that grew varieties for all seasons. From the early flowering fritillaria and tulips through to the fleeting blue meconopsis poppies, self-seeded opium poppies, her beloved irises, lilies and gladioli, the garden provided an abundance of source material. She was also an artist who absorbed the delights of gardens beyond her own. In the 1980s she travelled to Japan several times and the formal gardens she encountered opened her eyes to new ways of planting and structures for laying out gardens; their influence flowed into her work with a freshness that made her prints expressive and truly absorbing. Observing decorative arts and kimono designs on these trips also stimulated her use of colour and pattern within her work.

Whilst Blackadder was reticent to talk about her work she was a strong believer in sharing skills and knowledge, teaching at Edinburgh College of Art from 1962 until her retirement in 1986.  She regularly exhibited at the Royal Scottish Academy becoming an Academician in 1972 and at the Royal Academy in London where she was voted an Academician by members in 1976. Thus, becoming the first female artist to hold prestigious memberships to both institutions.

The museum looks forward to celebrating her work and her love of gardening in our upcoming exhibition curated in partnership with The Scottish Gallery.