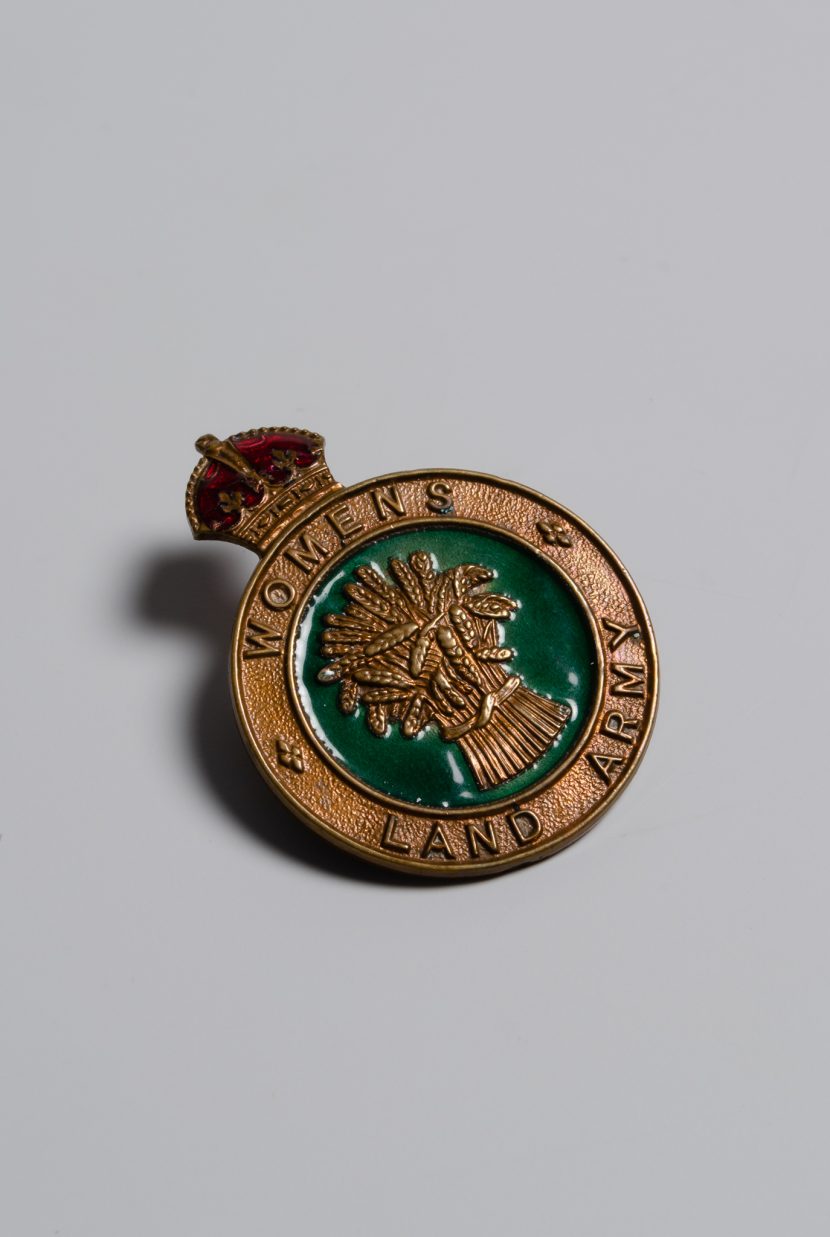 Kit Lynch, a Londoner, signed up for the Women’s Land Army at the beginning of the Second World War. She was placed at Pollards Nursery in Cheshunt, Hertfordshire. The WLA was set up to fill farming and horticultural jobs that were left vacant as men went off to war. After the war, Kit went to work in the nurseries of Lambeth Parks Department.

Kit served in the Women’s Land Army for eleven and a half years. This medal celebrates ten years of service. On the front it depicts a wheatsheaf and on the reverse is stamped ‘Marples & Beasley Birmingham’.