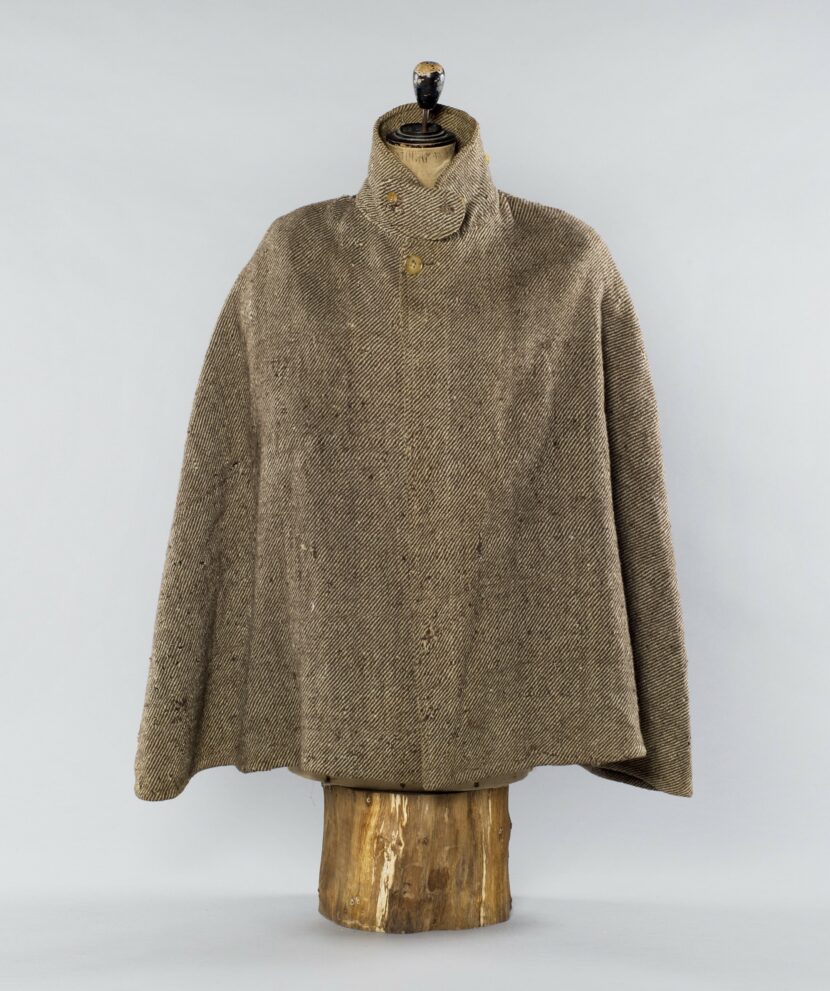 The prodigious gardener and writer William Robinson (1838–1935), can be credited with the idea of the ‘wild garden’, pushing a return to naturalistic planting to which many contemporary gardeners and designers owe quite a debt. Robinson, who began his career as a garden boy, attempted to purge England of Victorian carpet bedding, which until the publication of The Wild Garden in 1870, dominated expectations of British gardens. Robinson continued to popularise his approach to garden design through later work such as The English Flower Garden (1883) and in his journal; ‘The Garden’. In 1884 he purchased Gravetye Manor, where he could put into practice his pioneering ideas of planting in his own celebrated home and garden.

Robinson was a formidable character, volatile and often outspoken, but his energy and diligence all contributed to a classic Victorian zeal for reform. In his latter years, he took to wearing this cloak as he suffered from ill health and was confined to a wheelchair. Its short length and loose style meant that he could still manage the garden and show visitors around. On his death, William Robinson’s nurse gave the cloak to his good friend and neighbour, who lived at Moatlands, very close to Robinson’s own home. Sir William Harris, the donor, reports that his father ‘in turn sported the cloak’, until it was plucked from the family dressing up box to be rescued for posterity by the Garden Museum.