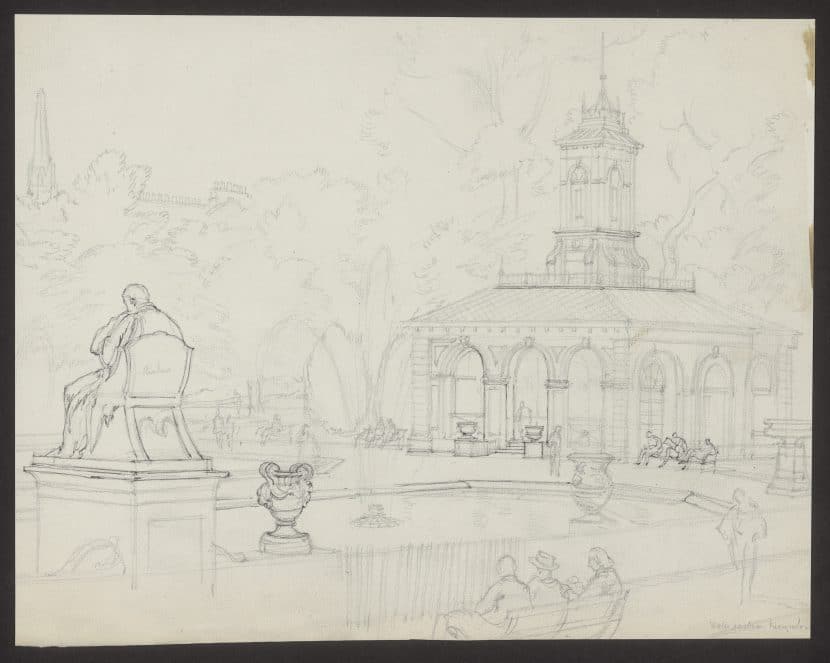 This pencil and ink drawing dating from around 1950 is of the Italian Gardens in Kensington Gardens. Figures are depicted sitting and strolling around the fountain and ponds in front of a backdrop of trees. The ornate pump house, seated statue and varied urns complete the picture. The Italianate Garden was idea of Prince Albert who commissioned Sir James Pennethorne to design the layout. The pump house, designed by Sir Charles Barry and Robert Richardson Banks, originally contained a steam engine used to supply water to the fountains and The Long Water, it later became a shelter. The seated statue which was sculpted by William Calder Marshall in 1858, is of the doctor, Edward Jenner, who developed the smallpox vaccine. The statue was erected in Kensington Gardens in 1862. The drawing is unsigned but is by Sydney Maiden (1893-1963) who was a landscape and figurative artist working in oil and watercolour. He exhibited at various London galleries including the Royal Academy in the 1930s.