Home » Collection » ‘View from a Window, Anerley’ by Charlie Mahoney

‘View from a Window, Anerley’ by Charlie Mahoney 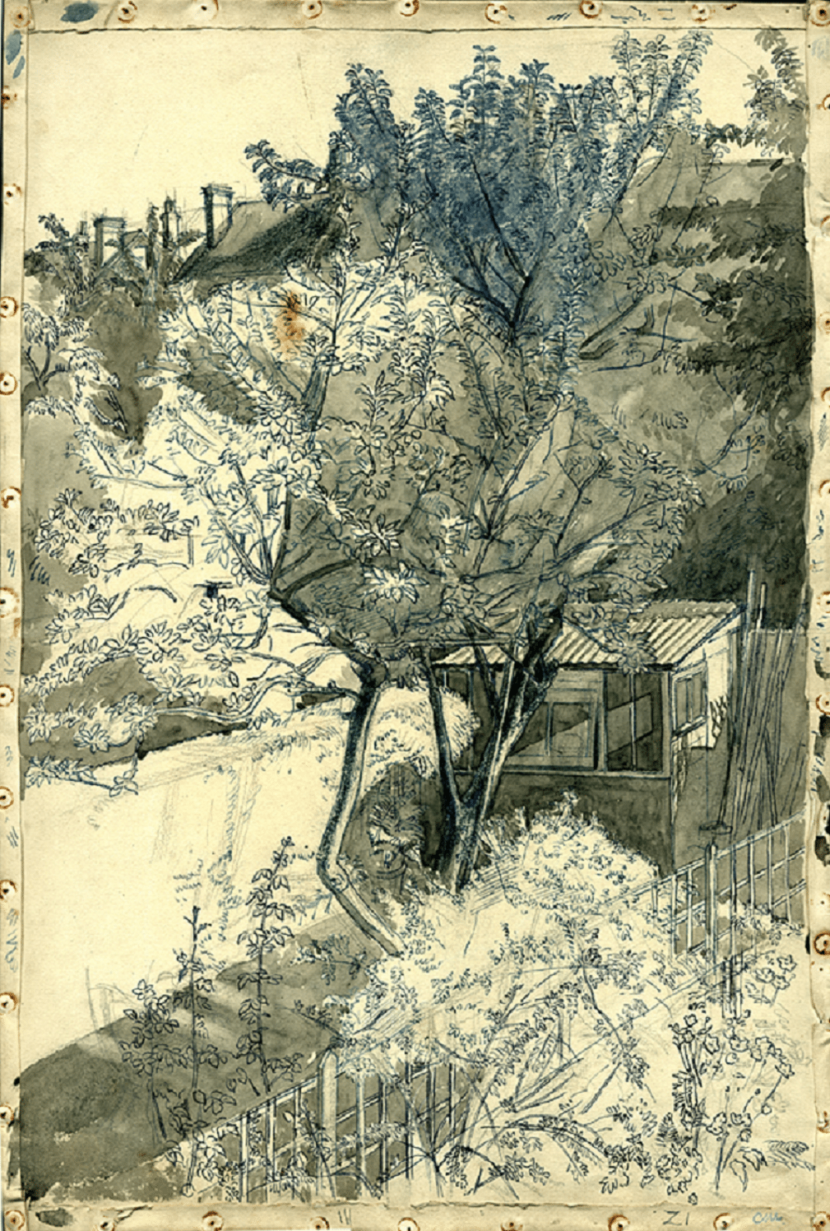 Born Cyril Mahoney in 1903, the painter, muralist and draughtsman was renamed Charlie by his fellow Royal College of Art student, Barnett Freedman. Mahoney was first a student and then a teacher at the Royal College of Art over a period of 25 years and was known for his attention to the academic discipline. Mahoney went on to teach at the Byam Shaw School of Drawing and the Royal Academy Schools.

Many of Mahoney’s oil paintings were of a religious nature, but he was also an amateur botanist and an accomplished gardener. His knowledge and passion for gardening influenced much of his work including the great mural works at Brockley School, Kent and Campion Hall, Oxford for which he is known. The garden of his home, Oak Cottage in Wrotham, Kent was one of the major sources of inspiration for his works from the late 1930s until 1968, and was the location of his studio after the Second World War, built out of salvaged munition packaging cases. Mahoney also wrote and illustrated a volume of Gardener’s Choice with his friend and colleague Evelyn Dunbar.

View from a Window depicts the elevated view down into several town gardens in Anerley, South East London where Mahoney lived before he moved to Oak Cottage. The preparatory ink and wash shows a trellised wall with shrubs growing up it, a neighbouring shed and an adjacent tree. It is one of a number of sketches in the Garden Museum collection by Mahoney.

Ink and wash on paper