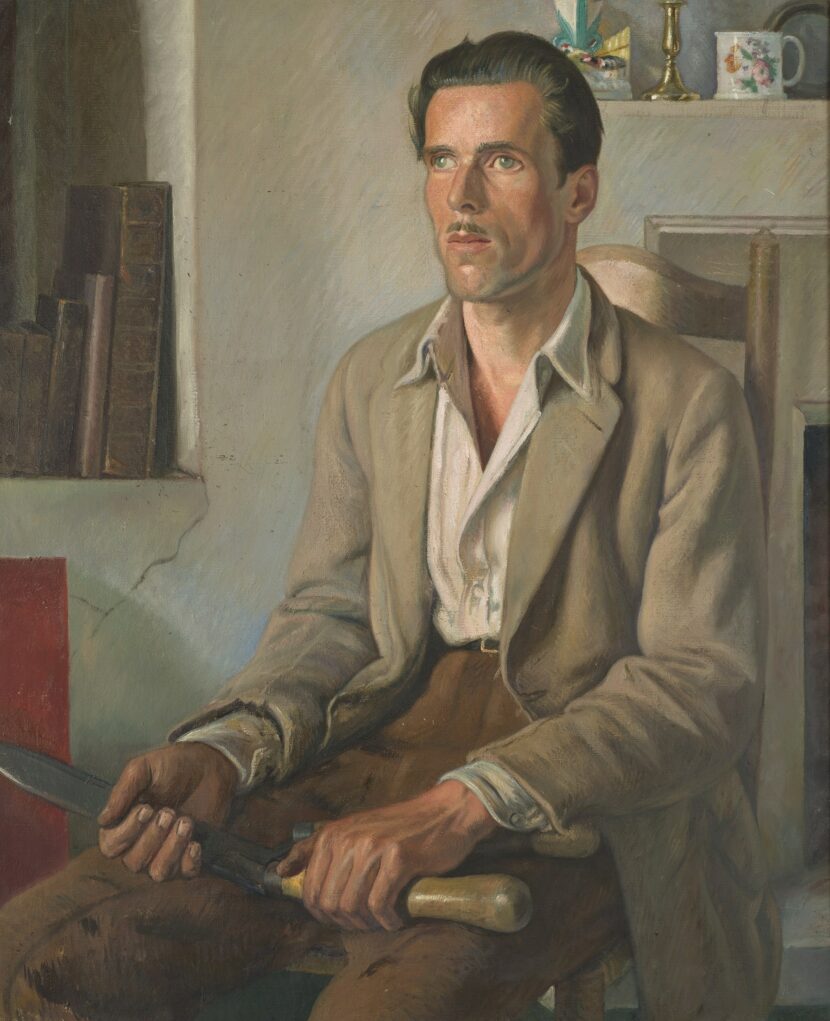 Sir William Rothenstein (1872–1945) is an artist best known for his portrait drawings. He studied at the Slade and was an Official War Artist during both the First and Second World Wars. Rothenstein most likely painted The Gardener during the 1930s while at Far Oakridge, his home in Gloucestershire. He acquired the country cottage in 1930, and moved there permanently on his retirement as Principal of the Royal College of Art in 1935.

In his memoirs, Rothenstein described the idyll that for him existed in the Cotswolds. His commitment to the portrayal of local labourers (another painting called The Old Gardener can be found in Bradford Museum) was a response to his admiration for local craftspeople and for the gardening traditions found and preserved in rural England.