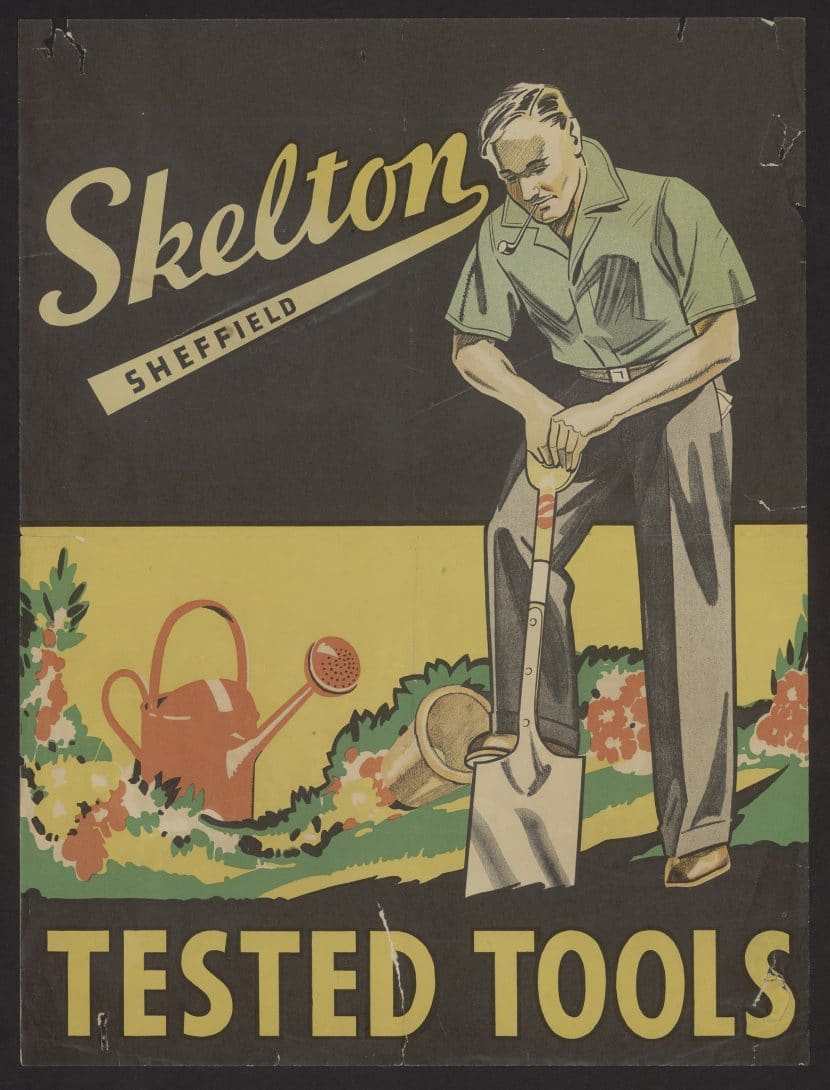 A brightly coloured printed poster dating from around 1935 – 1950, advertising ‘Tested Tools’ made by Skelton of Sheffield. The dominant image is of a casually dressed man who is smoking a pipe while digging the garden with a spade. Behind him are a red watering can, a flowerpot and a variety of flowers with a yellow and black background. Charles Thomas Skelton, later Sir Charles, founded the company bearing his name in Sheffield in 1855 making spades, shovels, picks and other tools. From the 1870s the company operated from the Sheafbank Works where garden tools were also produced. By the 1960s following various mergers the firm became part of Spear and Jackson.