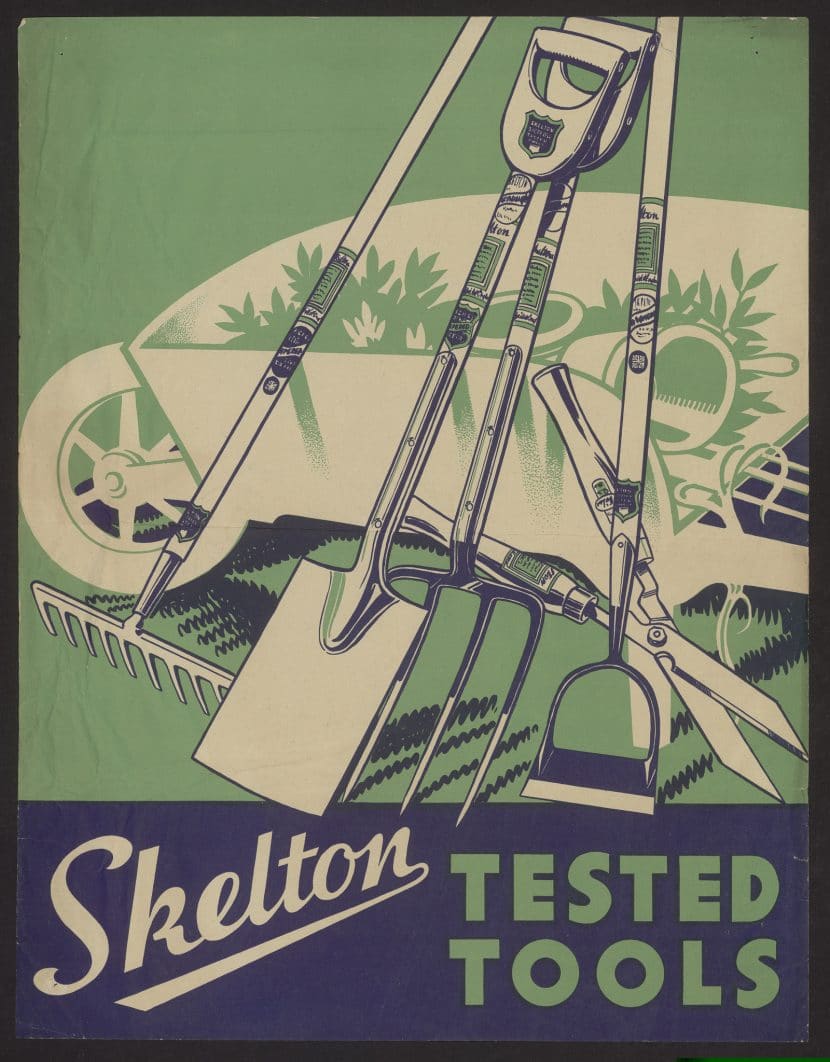 A three-colour printed poster dating from the 1935-1950 period advertising garden tools made by Skelton of Sheffield. The five tools, (a rake, spade, fork, hoe and shears) are propped against a wheel barrow filled with plants and plant pots. The tools bear their brand labels and the ‘Skelton’ name is shown in cursive script at the bottom of the poster, with the assurance that they are ‘Tested Tools’. The company dates from 1855 and became part of Spear and Jackson in the 1960s.