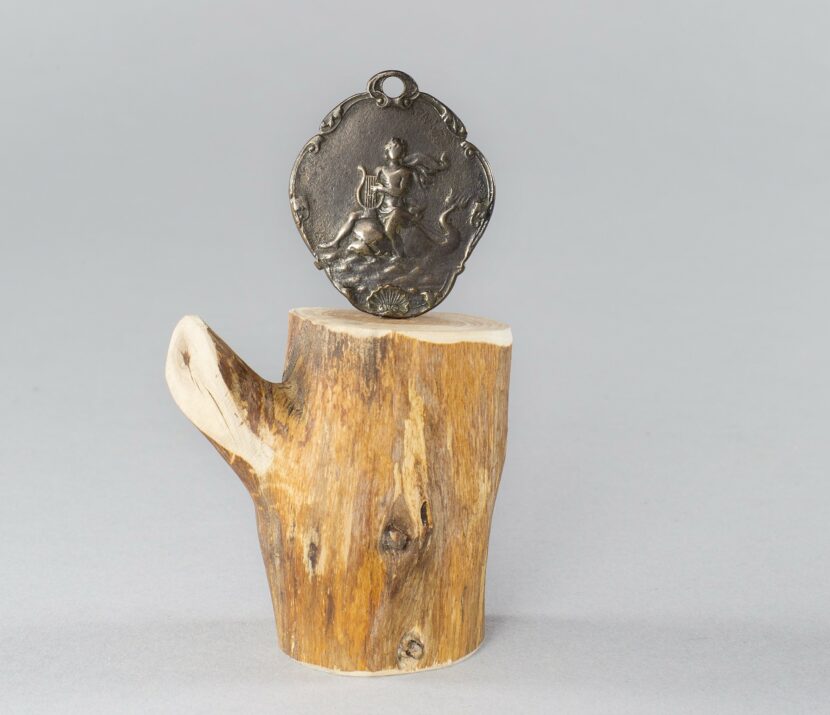 The Vauxhall Gardens were opened in 1661 and during the 18th century were one of the leading public venues for entertainment in London. Paying visitors could enjoy art, firework displays, circus acts, and newly-composed music.

This is one of a series of tokens designed as season tickets for Vauxhall Gardens by William Hogarth (1697–1794) for Jonathan Tyers, who became the proprietor of Vauxhall Gardens in 1728 and transformed the venue into the most famous garden of its kind in Europe. You could pay a shilling to visit, or buy a season ticket in the form of the metal pass illustrated here; examples exist in bronze and silver. Its design illustrates Hogarth’s fluency in the Rococo style, with the loose and free flowing lines and the ornate scrolling that frames the obverse. Hogarth championed the Rococo in his book The Analysis of Beauty (1753), in which he argued for the serpentine form as ‘the line of beauty and grace’.