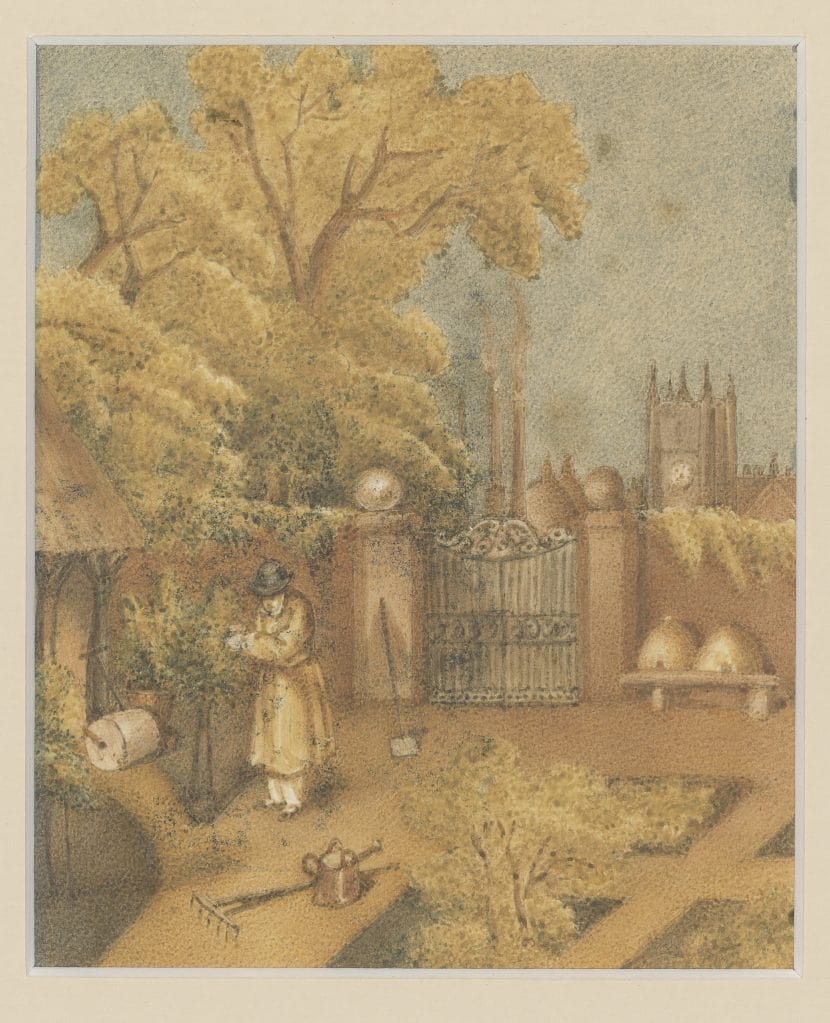 This watercolour was painted on [heavy] paper around 1820 by the miniaturist artist Emma Eleonora Kendrick (c. 1788 – 1871). It depicts a man tending a standard shrub in a walled garden with formal square flower beds to one side, with an arbour opposite. A spade, rake, roller and watering can surround the gardener. Two bee hives sit on a raised platform next to wrought-iron gates with a church tower, trees, pottery kilns and chimneys in the distance.

Emma Eleonora Kendrick was the daughter of a sculptor, Joseph Kendrick. She exhibited at the Royal Academy and the Royal Society of British Artists. Her book ‘Conversations on the Art of Miniature Painting’ appeared in 1830.