Home » Collection » Sash for the Order of Free Gardeners

Sash for the Order of Free Gardeners 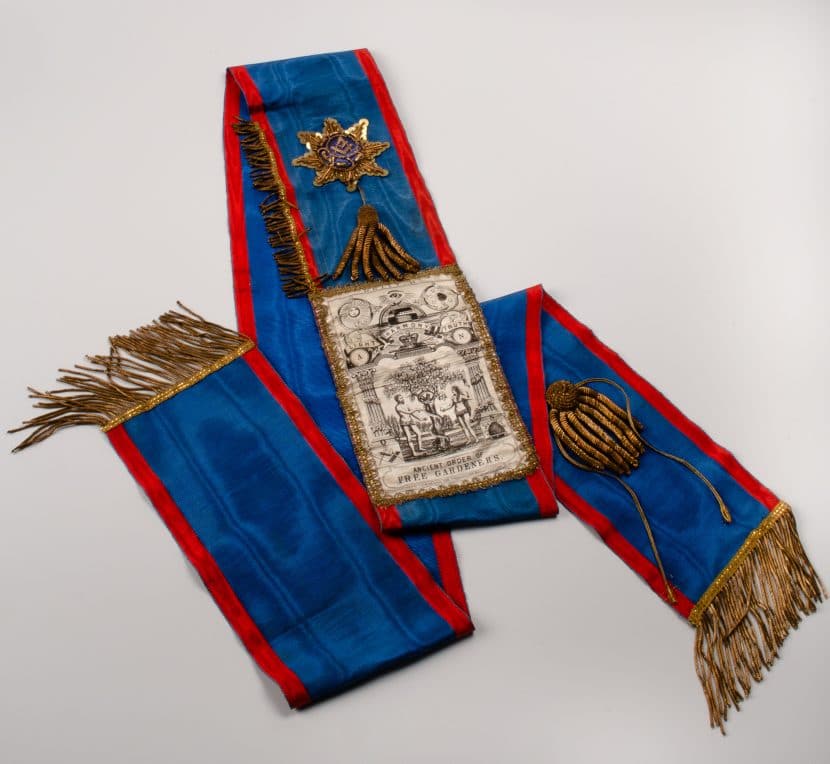 The first societies to protect the secret knowledge of gardeners, and individual’ welfare, were founded in the 17th century. By the 19th century the Order had incorporated many of the rituals of Freemasonry but continued to be independent.

The blue silk moire ceremonial sash of the Ancient Order of Free Gardeners is edged in red and trimmed with gold filigree wire tassels and braid. The sash is embellished at the wearer’s shoulder with a gold and dark blue star, with a set square, compass and gardening knife design at its centre. Also attached to the sash is a black and white lithographed silk panel depicting Adam and Eve in the Garden of Eden which is considered to be a central symbol of their Order. The letters A, N and S are the initials of Adam, Noah, Solomon who were considered to be founding ‘Gardeners’. O probably represents the symbol of the olive tree. The panel contains many other symbols of the Order, including the set square, compass and grafting or pruning knife at the base of the left-hand column and the bee hive at the base of the right. The Order shares many symbols in common with the Order of Freemasonry, though it is older. The panel was made in Glasgow by Charles Lang who was also a supplier of Masonic regalia. It is thought to date from the end of the 19th century.