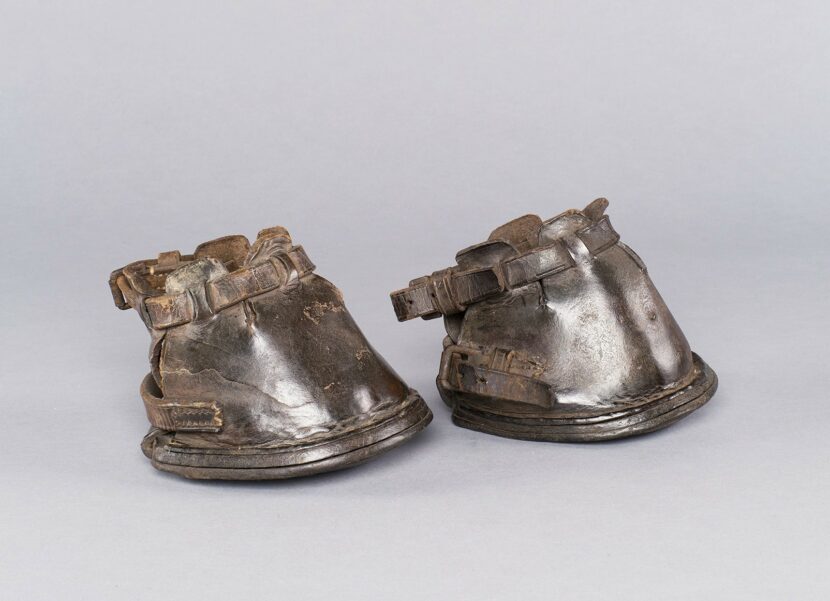 One of the earliest gifts to the Garden Museum was a pair of pony boots, discovered by the purchaser of a small estate in Norfolk; until the Second World War the lawn had been maintained by a pony pulling a mowing machine.

Until the 19th century lawns were cut with a scythe, or grazed by sheep. In May 1830 Edwin Beard Budding patented ‘a new combination and application of machinery for the purpose of cropping or shearing the vegetable surface of lawns, grass-plats and pleasure grounds’. Budding is rumoured to have tried out his top secret invention at night. By the 1840s lawn mowers had become fashionable: Mrs Jane Loudon wrote in the Ladies’ Companion to the Flower Garden (1840) that it was ‘particularly adapted for amateurs, affording excellent exercise to the arms and every part of the body’. The lawn mower’s progress was rapid and revolutionary. The steam mower appeared in 1895, and petrol mowers in the early 1900s. The rotary mower was invented in the 1930s, with the Flymo following in the 1960s.

In 1842 the first horse or pony-drawn machine was patented; lightweight ponies were preferred over horses and a new form of leather boot was used in order to further protect the lawn from hoofmarks.