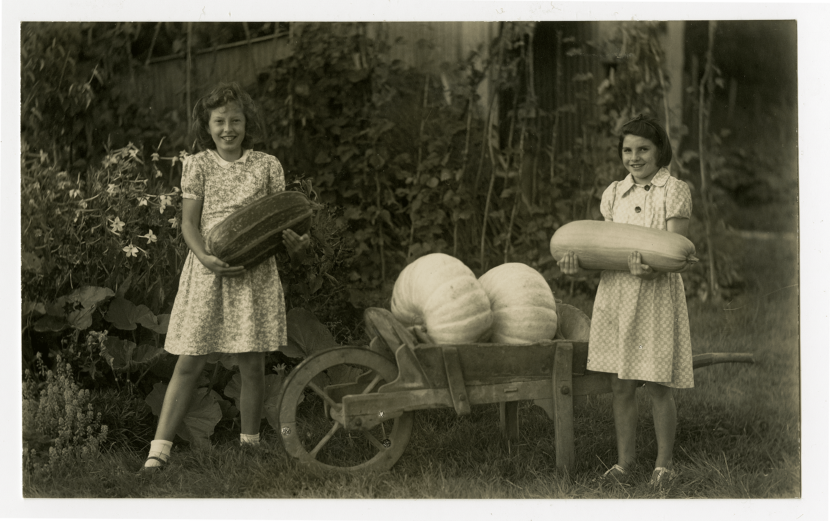 This photograph was acquired as a work by the photographer Charles Stride, who worked from a studio in Shillingtone, Dorset, in the middle of the 20th century. However, the identity of the girls was a mystery until the photograph was published in a magazine, which a friend of Jessie McLaren – the girl on the right – saw in a dentist’s waiting room.

Jessie – now Jessie Woolhead – visited the Garden Museum and told us her story. As it happened, she grew up in Vauxhall and was evacuated to Shillingstone in 1940 along with fellow pupils from Henry Fawcett School on Kennington Road. They were initially billeted in a room at the local Baptist chapel, before moving to stay with Annie Burgoyne at Ivy Cottage, where she stayed for over two years. During this time, she remembers, she was photographed in Mr Stride’s large garden wearing a yellow check dress.

It was while in Shillingstone that she was orphaned; when she returned to Lambeth it was to live as a ward of her elder sister, who refused an offer of adoption by a family in the village.