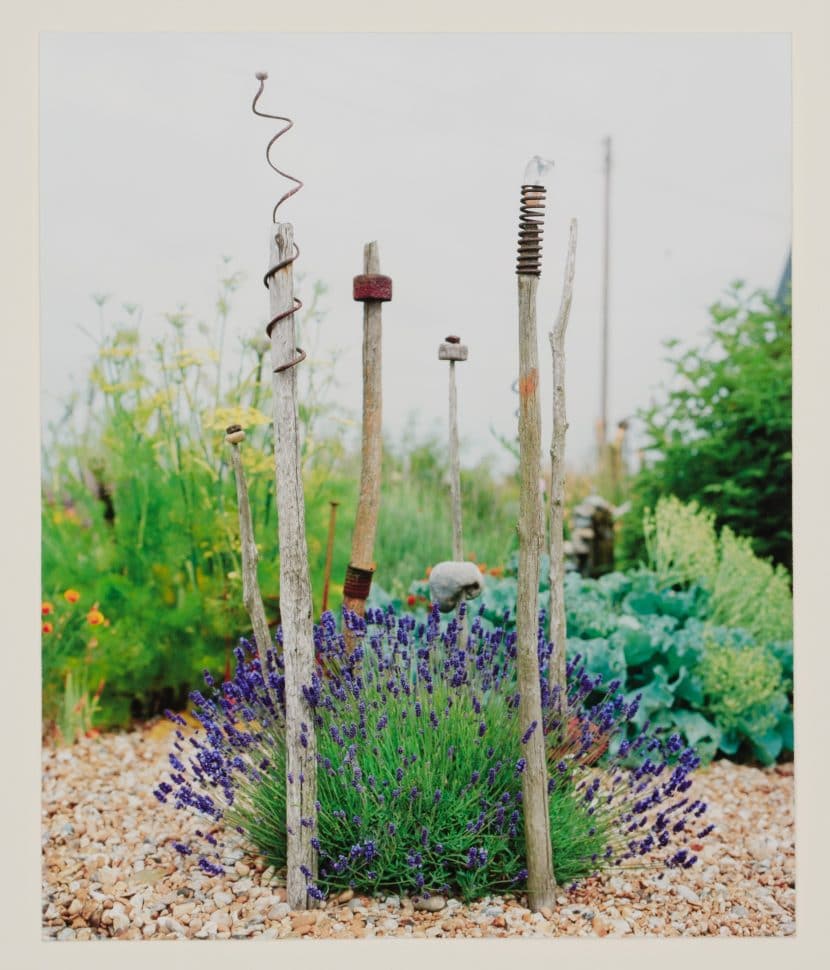 This photograph taken by Howard Sooley shows a detail of the garden at Prospect Cottage: Jarman’s careful composition of lavender with wooden stakes trimmed with rusty iron.