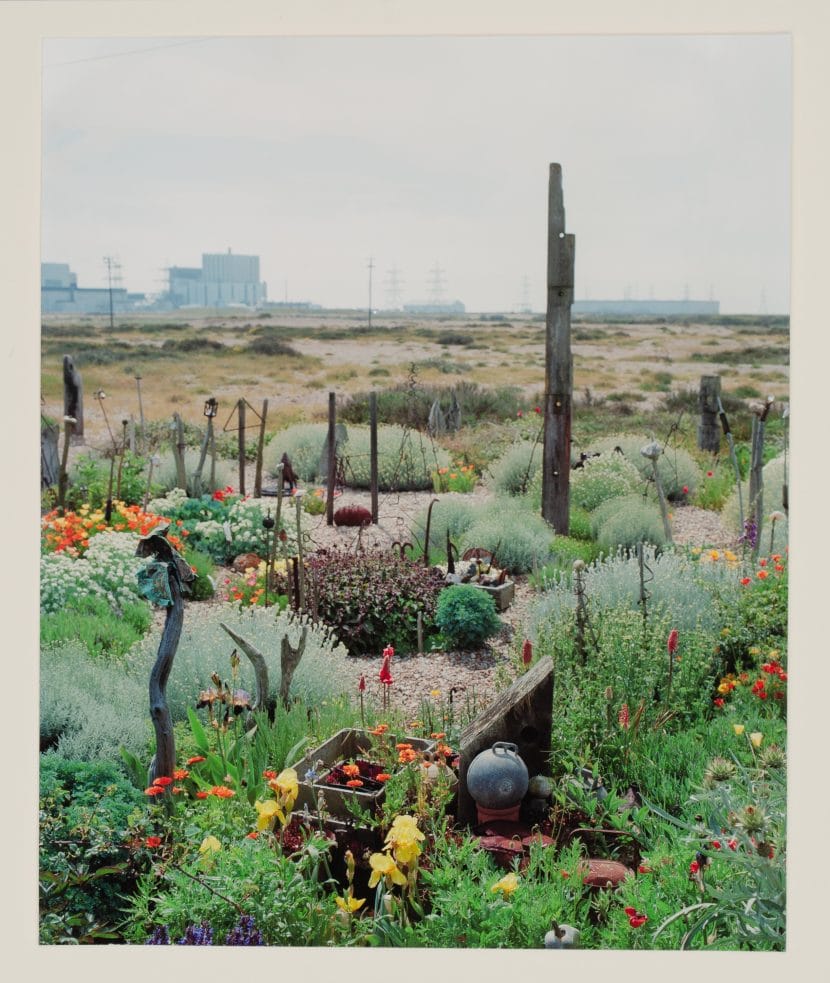 This photograph taken by Howard Sooley shows the planting at Prospect Cottage and its relationship with Jarman’s sculptures. The shingle landscape and nuclear power station beyond are undivided from the garden. In his book ‘Modern Nature’ Jarman writes ‘My garden’s boundaries are the horizon’.