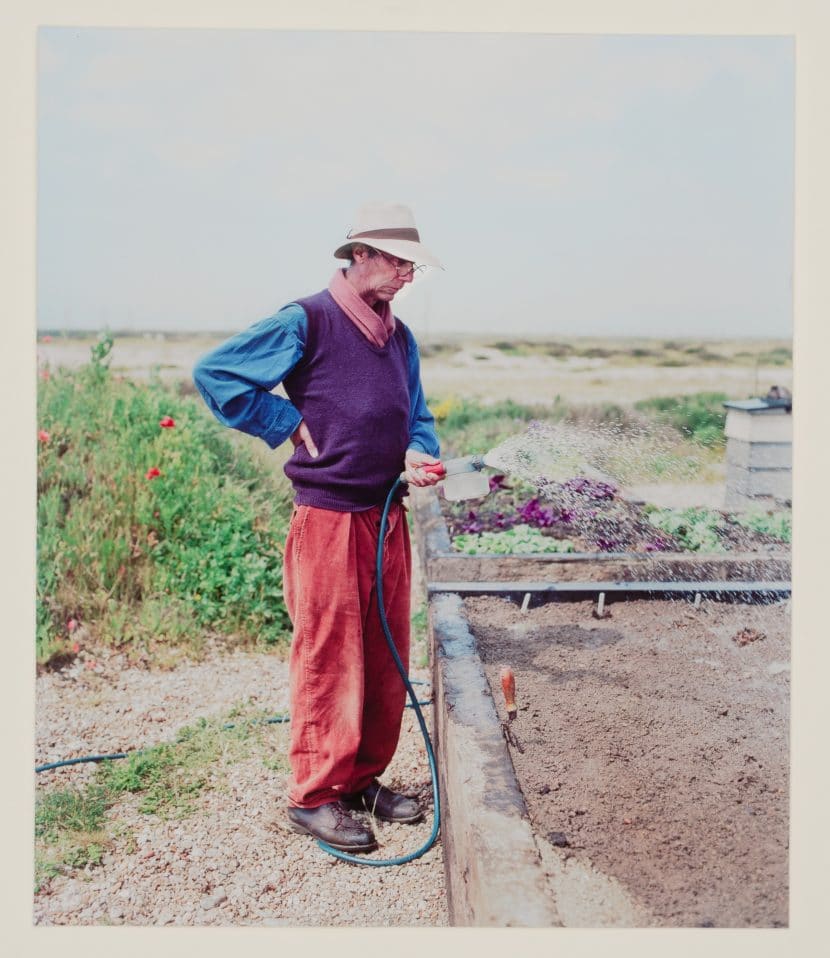 This photograph taken by Howard Sooley shows Jarman watering a raised bed with a bank of plants and bee skep behind. Jarman created the garden by hand, digging into the shingle, building beds and banks to help with the difficult growing conditions.